Judicial Watch announced that it has filed a civil rights lawsuit against Mayor Muriel Bowser and other officials for First Amendment violations. The gist of the suit is that the DC government has refused to allow the organization to paint the message "Because No One Is Above the Law!" on a DC street. Previously, Black Lives Matter was allowed to paint its message on a DC street.

"City streets are not an appropriate canvas for painting political messages," Bowser said. "Considering how many political slogans can be generated, it wouldn't be long before every street had one. Soon, the impact of every message would be diluted by the cacophony of contending ideas. This would do irreparable harm to the Black Lives Matter message I already approved."

"Then there also is the content of Judicial Watch's proposed message that needs to be considered," the Mayor added. "It is not a politically approved meme. It asserts an idea that would severely restrict the government's flexibility in assessing each particular situation. There may be compelling reasons for determining that particular individuals need to be excused from obeying the law. The recent demonstrations against police brutality are a case in point. Normally, assaulting police, vandalizing property, looting stores, and burning down buildings are crimes. However, given 400 years of racist oppression can we really say that these crimes aren't justified?"

if you missed any of this week's other semi-news/semi-satire posts you can find them at... 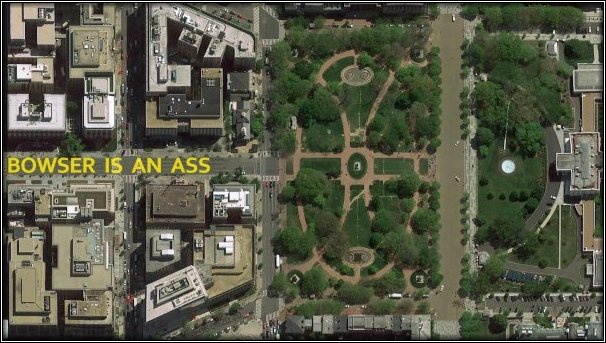