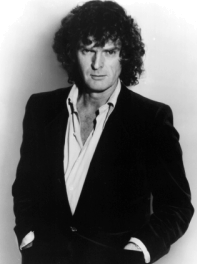 RIP old cowboy: Don Imus signed off for good yesterday. Love him or hate him he was pure Americana, a man who pulled himself up by his own bootstraps more than once. He fought and lost many battles with his twin demons vodka and cocaine before finally cleaning up. He was an equal opportunity offender and despite the fact that President Clinton was a regular call-in to his show, he took the opportunity of the 1996 annual White House Correspondence Dinner to make fun of Bubba’s womanizing - before the Monica shoe had ever dropped - and called him “a pot-smoking weasel” among other insults. How can you not love a guy like that?

At its peak his show aired on New York’s WFAN, syndicated by CBS and simulcast on Ms.NBC television. I stumbled across his show one morning while getting ready for work and tuned into his show on the radio every morning there after on my commute to work. It was a vastly entertaining show in those days with his stable of talent including Charles McCord as the quiet sidekick, Rob Barrett and Larry Kenney as writers and impersonators who parodied entertainers and politicians from both sides of the aisle, and his crazy producer Bernard McGuirk.

All this came screeching to a halt in 2007, the day Imus and McGuirk made fun of the Rutgers (predominantly black) basketball team. Imus, taking the bait from McGuirk, referred to the team members as “nappy-headed hos” and the media-verse went ballistic.

Most people credit the Rev Al Sharpton for getting Imus fired (for which he was rewarded with a Ms.NBC show of his own – some people might call that a bribe, or blackmail – although that seems racist – but most of us see it as a quid pro quo). 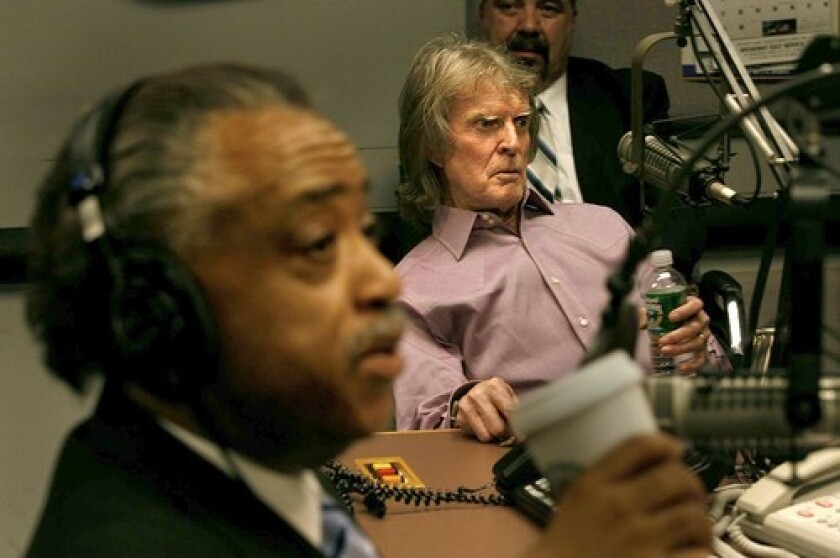 Imus on the air with the rev, in the first of many obsequious but futile apologies

In reality it was none other than Presidential candidate Barack Hussein Obama who did him in by calling for his head.

Senator Barack Obama, the Illinois Democrat who is running for president, called on MSNBC and CBS Radio to disassociate themselves from Mr. Imus, and said that he would never go on the show again.

Having already been deigned the Black Jesus by the media that made him, the moguls were already asking “how high” when he told them to jump.  And since the Obama 2007 campaign marked the rebirth of racism in America, Imus’ clearly racist remark could not go unpunished.

The rest is history: Imus was fired first by Ms.NBC, then CBS radio. Although he kept his show on WFAN it was no longer syndicated and therefore unavailable outside New York. RFDTV picked up the show for a brief stint and then Fox Business began to simulcast it. By that time however it stunk; the old team had fallen apart, Kenney was no longer part of the crew and then McCord mysteriously disappeared as well. Imus was no longer funny as he had become consciously and patronizingly politically correct. He had done precisely what he had once counseled people against: “never do it for the money.” Should have taken his own advice. 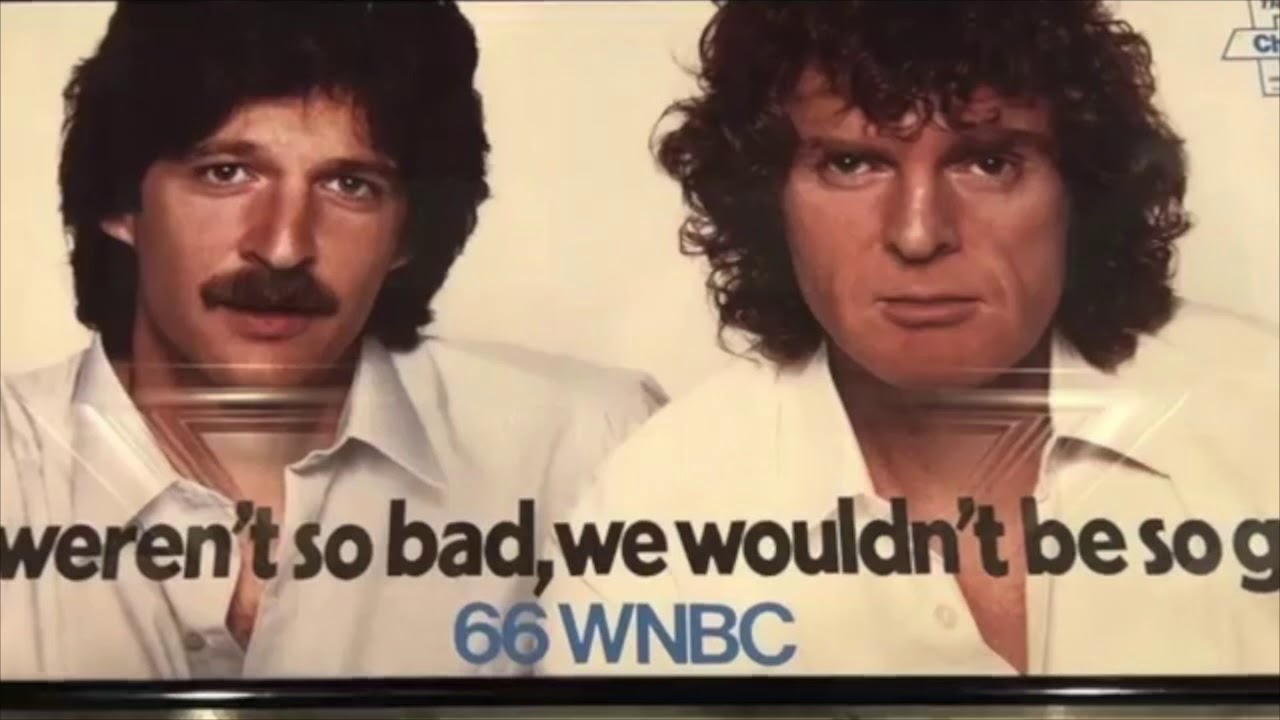 The show was no longer the least bit entertaining and I, like everyone else, stopped watching. The show slid into oblivion for obvious reasons and Imus finally retired a few years ago suffering with emphysema and prostate cancer. I shall always remember him fondly as the first and last non-PC talking head on Ms.NBC. 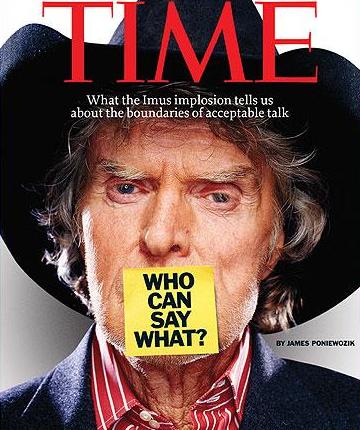 For the record, he was replaced by mealy mouthed Morning Joe, who will never utter gems like this:

“That buck-tooth witch Satan, Hillary Clinton.” […] “I never admitted it when I went down there and got in all that big jam, insulting Bill Clinton and his fat ugly wife, Satan. Did I? Did I ever say I was sorry for that?” - Imus, on the Correspondents’ Dinner

For what it’s worth, I just have a feeling that PDJT enjoyed the Imus show too.

That photo of Hillary glaring at him was when he was joking about the Whitewater scam and Hillary claiming she finally found the long missing billing records under subpeona. It was the 90s version of her email scam.

Hiding evidence has been her criminal method for decades

MSNBC rewarded Sharpton for blowing up one of their successful shows?

Dan Kennedy, a left leaning Boston media critic said he used to like Imus but not after he became “bitter and offensive” . Some may have felt the same way about Carlin in his later years.

5 posted on 12/28/2019 7:06:18 AM PST by raccoonradio
[ Post Reply | Private Reply | To 4 | View Replies]
To: NOBO2012
That speech in front of BillyBob and ILLary was excellent.The look on his face was almost as priceless as his look when he saw Juanita Broderick in the audience during the debate.

I used to listen to Imus quite a bit. I liked Bernie McGuirk...funny guy.

In the early 70’s Imus did a skit that involved calling a McDonald’s and claiming to be a general ordering lunch for his troops who were moving from one post to another. The “General” orders like 4,000 cheeseburgers, so many sodas, fries etc. The manger repeats back the order. Tells Imus he will get other McDonald’s to help him with the order. Ah when humor was humor. How I miss the early Imus and American humor. Warn Satan that Hillary’s coming and she wants her soul back.

The Clintons get/got very upset when media figures didn’t play along with the kayfabe. Imus’ joke was ‘controversial’ because it involved stating a fact and mocking the emininetly mockable Clintonian alibi.

One of his faux-Angelou rhymes mentioned ‘free cheeses.’

Imus & the crew were interviewed on 60 Minutes once. The reporter was agitated over Bernie’s mockery of Michael Jackson - who then was still getting media cover.

Bernie responded: ‘He’s a pedophile!! What you do think he is - Mother Teresa?’

I watched Imus in the Morning more because it was usually a train wreack, mostly because of his liberal wife arguing with everyone and anyone on the show.

Charles McCord retired from the show in 2012, and it never recovered. Imus was the star of the program, but McCord was the MVP; along with anchoring the newscasts, McCord also wrote most of the skits on the program, while Rob Bartlett and Larry Kenny provided the voices. McCord even scripted some of the questions for Imus’s interviews.

When the show moved to WABC-AM and Fox Business, everyone (according to Imus) earned less money and McCord took a 50% salary cut, from $2 million to $1 million a year. McCord didn’t feel like that was adequate compensation for his role on the show, and retired less than a year later. He lives on a lake in northern Arkansas; have no idea what kind of relationship he had with Imus after leaving the program.

BTW, McCord was not the I-man’s original sidekick when he arrived at WNBC in the early 70s. He was paired with Bob Cain, who became one of the early anchors at CNN. There was no chemistry between the two of them and after McCord started giving Imus funny traffic updates, he made McCord his news reader, and Cain returned to the NBC radio network as an anchor

Let’s not forget that he was stabbed in the back by his “friend” Joe Scarborough - a regular guest. Once Imus got into trouble, Scarborough lobbied for his job. Occasionally, Imus would take a vicious swipe at this backstabber on his radio show.

RIP, Don! I loved your show. And it was really Bernie who started all the trouble, lol!

RIP, I-Man. You were a pioneer. I will miss your no prisoners style with regard to politics.

One of my favorite moments....

Deidre had her moments of sanity and I recall that she also despised Hillary.

Joe Scarborough seems like someone completely out for himself. I happened on his show the other week & If they put anymore soft filters over Mika’s face she will just be a cloud.