So does Megan want to elaborate some more on what a swell guy her dad was?

The question is can it proceed if the Dims file a court case against it.

That is the genius of trumps sequential spending plan

First trump spends the wall money Congress gave him which is legal. Then he spends the money from crime seizures also legal. Then he spends military money from the Pentagon budget also legal. By the time they get to the money the idiot lefties want to sue over it will be years from now and over 5 billion spent and the wall will already be built. And even then it will end up in the 5-4 supreme Court which might even be 6-3 by then. dems already lost and are just too dumb to know it

No, it is indeed ‘authorize’ in his capacity,

All the federal government heads and directors get their legal orders signed by the Attorney General.

The AG is authorizing the order to be carried out.

It’s like the field marshal telling his field commander to “fire at will!” The Field commander then carries it out by giving the orders to the battle groups.

Understand the context, the AG is not ‘authorizing’ the President’s order, he is authorizing the federal government to carry it out.

If there are delays or blocks, the AG will hold the order in suspense until a resolution is reached.

The AG will write letters to all department heads and agency directors with specifics for how the President’s order will be carried out, what department will do what, what agency will assist in what capacity, etc.

If the AG does not do this, he or she will likely be fired.

When AG Barr signs his specific orders, his signature is the ‘authorization’ for the chain of command to get to work on it. The department heads and agency directors are not all getting letters direct form the President.

And all these scum flew an “R” flag to show they are “good guys”. There needs to be serious repercussions for them all.

Lots of pencil on that desk.

A court case can only stop it if a judge issues a preliminary meaning temporary injunction.

If some lefty judge issues a ruling that the President’s emergency is not an emergency, then that judge might as well park him/herself in the White House and take over the Oval Office. Good luck with that.

Here is one link to the Saudi who helped Obama get into Harvard. What about Columbia ? Who helped him there? Time to do another search ….

Links: from Twitter and Reuters, about Beto/Beta/Pito's misspent youth as a hacker. 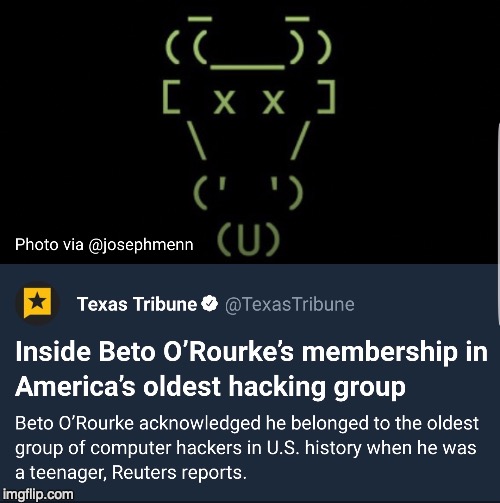 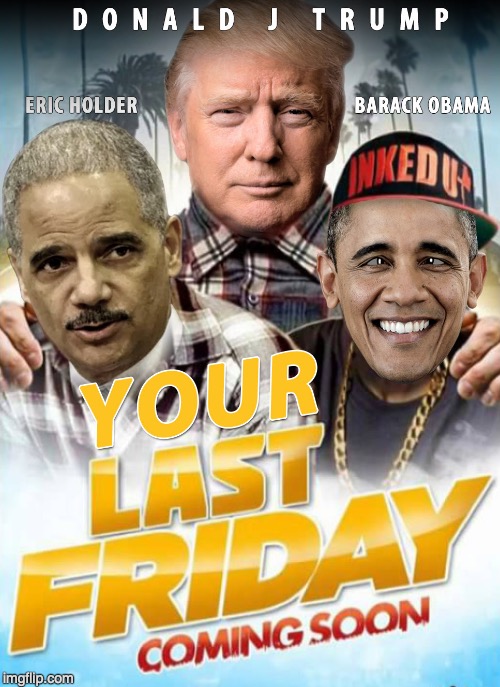 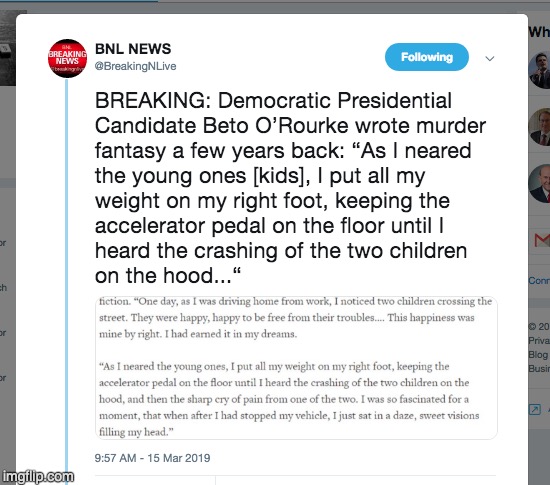 The left controls 80%+ of the media including social media.

When the criminal referrals come out, when the indictments are unsealed, when the DECLAS is processing full-steam, it is expected that the public will be thrown into darkness, unable to communicate.

I have personally experienced both my high-speed internet and my cellular data and minutes go out at the same time, not once but twice. It was almost like some sort of test was going down. I posted about it here on FR.

The incidents were resolved in hours but what got me was that the two separate forms of communication streams went down at the same time on two separate days about a week and a half apart.

It is an eerie feeling, like being in the dark.

There have been two related incidents called out by Q. The first was the exposed back channel comms via Xbox which caused about a day’s outage. The second was yesterday when FB was reported to be under criminal investigation. Suddenly, there’s an outage due to some ‘server issue’. But what was revealing is that FB has the ability to take it all down including Instagram which they own.

The President does have an emergency broadband network and it is still being laid out but it was tested last year. I certainly hope that it works well should the media giants decide to cast us all into darkness.

Looks like the case was prosecuted in UTAH. "The prosecution was handled by Assistant U.S. Attorneys Robert A. Lund, Karin Fojtik, Mark K. Vincent and Alicia Cook of the District of Utah, ";)

Same guys helped him from Occidental to Columbia to Harvard. Just think how many law degree are fraudulent. That is the favorite degree of the cheaters.

I remember another mohammedan helped in this connection, IIRC an American convert, but the name escapes me.