The widening probe of ex-Tyco CEO Dennis Kozlowski's alleged tax fraud is "exploding up, down and sideways" to cover the financial dealings of other art-buying corporate fat cats, an investigator told the Daily News.

Though no names have been released, Manhattan District Attorney Robert Morgenthau is particularly interested in other wealthy corporate executives who, like Kozlowski, have moved their corporate headquarters offshore to tax havens like Bermuda as a tax-avoidance measure.

News of the widening probe led to a wave of phone calls from frantic Wall Street analysts to Morgenthau's office. The analysts were hoping to learn if any company they follow would fall victim to the same bad publicity and crisis in investor confidence now plaguing Tyco.

Earlier this week, Morgenthau said his office is getting help from people in the art world who are "both cooperating and assisting us" — an indication some who've been involved in art-related tax scams are now singing to get leniency on possible charges.

In a speech to the Brookings Institution, Morgenthau sent a clear message that his sights are now set on the "global dirty money problem." He said he plans to ask Mayor Bloomberg and Gov. Pataki for more resources to widen the net of his investigation.

The latest developments hint the executives now under Morgenthau's microscope aren't even in New York.

Back in 1996, Morgenthau indicted a group of Venezuelan bankers for defrauding investors even though the bankers did little or no business in New York. At the time, Morgenthau's office said it could pursue the case because many of the transactions passed through New York banks.

The Kozlowski probe got its start after state banking detectives noticed suspiciously large sums of money being transferred to accounts including one at Tyco International, investigators said. Suspecting a possible money laundering scheme, the detectives alerted the district attorney's office.

Morgenthau has so far indicted Kozlowski on charges he evaded more than $1 million in New York sales taxes on $13 million in fine art by pretending to ship the works to tax-free New Hampshire, where Tyco is based, while in fact hanging the masterpieces on the walls of his Fifth Avenue apartment.

But Morgenthau said Kozlowski may have also run afoul by paying for the artwork with money from a Tyco account meant to help executives cover taxes on stock options.

He said he believes Kozlowski paid the company back for just six of the paintings.

"If he didn't get board approval before reaching into the till to buy the artwork, I would say that is a fiduciary breach, and there could be civil and criminal liability there," said Columbia law professor John Coffee.

Tyco has launched its own internal investigation into the matter.

Kozlowski has pleaded not guilty to Morgenthau's six-count indictment.

TOPICS: Business/Economy
KEYWORDS: Navigation: use the links below to view more comments.
first 1-20, 21-22 next last
......Manhattan District Attorney Robert Morgenthau is particularly interested in other wealthy corporate executives who......moved their corporate headquarters offshore to tax havens like Bermuda as a tax-avoidance measure.............

He just "got it?" How long has this been going on? And how about those offshore credit cards used to launder money?

"In a speech to the Brookings Institution, Morgenthau sent a clear message that his sights are now set on the "global dirty money problem.""

Some businesses in Bermuda Recognize the 'players'?

"Ultimate Holdings, Ltd.--An investment company, with a registered office at Milner House, 18 Parliament Street, Hamilton, at the law firm of Cox, Hallett and Wilkinson. Believed to be owned or controlled or both by Adnan Khashoggi, a Saudi Arabian arms dealer who was reported on page 1 of the Royal Gazette of October 10, 2001 and Ireland's Sunday Business Post of October 7, 2001 as having business ties with Osama bin Laden."

"Sam Bamieh is someone whom Rogers has indicated that he spoke with concerning the advisability of taking on the Adham account. Bamieh is a well know Palestinian-American businessman with strong ties to the Republican party and to various individuals in the Middle East, including the Saudi Royal family. According to press reports, in the late 1970's Bamieh financed the trip of Ruth Carter Stapleton, President Carter's sister, to the Middle East. During the 1980's Bamieh testified on several occasions before the US Congress on issues related to the Middle East.(7)

According to Rogers he met Bamieh during the 1988 campaign because "he was a friend of Lee Atwater's who I worked for."(8) Rogers told subcommittee staff that while he was at the White House he spoke on the telephone to Bamieh on a regular basis, indicating "There was no pattern to it, but monthly."(9)

However, shortly after he left the White House, Rogers was in frequent contact in with Bamieh placing calls to him on August 5,13,14,15,16,26,28 and attending a party at his house in San Mateo, California on August 27 which Bamieh hosted for Adnan Khashoggi.

Rogers could not explain his frequent contact with Bamieh, other than to say that he and Bamieh were friends and "It would not be unusual for him to call."(10) Rogers did not say why he was calling Bamieh on such a regular basis. According to Bamieh, who was interviewed on the telephone by staff on two separate occasions, he wanted Rogers to come to work for him. But in his deposition, Rogers stated that he could not recall discussing possible representation of Bamieh and said that neither was he "soliciting business."

Rogers meeting with Khashoggi at a party hosted by Bamieh is of particular interest to the Subcommittee because of Khashoggi's ties in the Middle East, including reported business dealings with Adham, and his role in BCCI. Khashoggi had accounts with BCCI in France and used those accounts to move millions of dollars for financing US arms sales to Iran."

Is America under 'terrorist' control?(Indirectly, at least)

Maybe the 'blood' is thicker than water. Think the 'sheiks' own Mr. Bamieh? 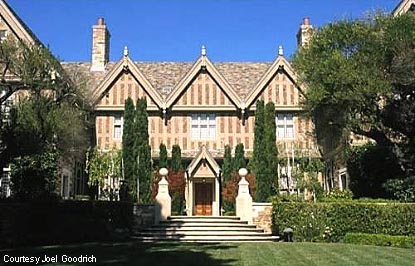 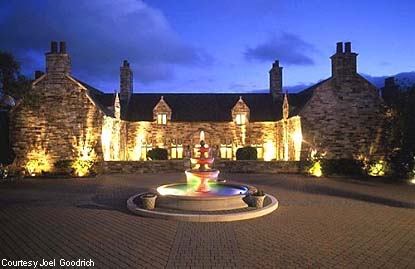 CLARK CLIFFORD AND ROBERT ALTMAN (What did they know?)
For twelve years, from BCCI's initial attempts to acquire FGB/First American in January, 1978, until their forced resignation in August, 1991 from their positions as the top officials of First American, former Secretary of Defense Clark Clifford and his law partner, Robert Altman, were the central figures in BCCI's acquisitions and management of U.S. banks.

ANOTHER TIDBIT:
In 1978 Jackson Stephens (diversified Arkansas financial org named in one intelligence-related aviation scandal: the gun-running and cocaine smuggling at Mena, Ark... ) tried to take over Financial General Bankshares (FGB) in Washington, D.C. (FGB was later acquired by BCCI, renamed First American, and run by Robert Altman and Clark Clifford. Robert Altman was later acquitted of misleading regulators, and the case against Clifford was dropped due to his age and infirmity.) In the Stephens' takeover attempt, FGB sued--among others--Systematics. Briefs for Systematics were submitted by C.J. Giroir, Web Hubbell, and Hillary Rodham Clinton.

Clifford was Pres Johnson's Secy of Defense, Bert Lance was Pres Carter's chief of staff. Tiy know the rest of the cast of characters - all Democrats. Altman was acquitted. He's the lawyer husband of actress Linda Carter.

Not all that much on the 'net' about 'American Intertrade Group'. Seems to have significant 'Middle East' connections with both 'white' and 'black' hats. Apparently has the $$$$ to gain 'access' and influence in the government.

7. According to press reports, in 1987, Bamieh told the House Foreign Affairs Subcommittee on Africa the following:

-- In November 1981, prince Fahd, who later became the king, told Bamieh that he was pleased Congress had agreed to sell AWACS surveillance planes to the kingdom. In exchange for AWACS, Fahd said, "We will help you guys fight anti-communist movements," according to Bamieh.

--In 1983 [Prince] Bandar asked Bamieh if he would go into business with Richard V. Secord and Albert Hakim to bid on a security project at a Saudi airport. Secord and Hakim were key figures in the plan to channel money from the sale of US weapons to Iran to the Contra rebels fighting Nicaragua's leftist government. The business relationship was never cemented because the three never got the contract.

-- In 1983, Saudi officials asked Bamieh to funnel money to Morocco for the training of UNITA guerrillas. The Saudis said former CIA Director William Casey was aware of the plan, Bamieh said.

-- In February 1984, Bandar approached Bamieh in Cannes, France, asking him to set up an offshore company that would supply goods and services to anti-communist movements and oil to South Africa. Bandar aid he declined, even though Bandar said, "Don't worry about the legalities" because Casey was discussing the matter with King Fahd.

Another newspaper article reported on Bamieh's statements about the Iran Contra affair:

An American businessman with extensive ties to Saudi Arabia's royal family contends King Fahd was the chief financier of Iran's secret US weapons purchases in 1985 and 1986.

Sam Bamieh, a naturalized American citizen, said in an interview with United Press International Tuesday that Fahd was hoping to gain favor with Ayatollah Ruhollah Khomeini to ward off possible threats to Saudi security. Investigators of the Iran-Contra scandal have concluded Iran paid about $30 million for the arms, at prices double or triple the Pentagon's cost, and about $3.5 million of the profits were diverted to the Nicaraguan Contra rebels.

The reason they paid those high prices was because the money wasn't theirs," he said of the Iranians.

Bamieh, of San Mateo, California, said he based his assertion that Fahd paid for the arms on statements made to him by confidants of Fahd and international arms dealer Adnan Khashoggi and on dealings and on dealings made in his presence by Khashoggi.

Khashoggi, a Saudi Arabian who investigators have found played a significant role in financing the early US arms shipments to Iran, was serving as Fahd's emissary in the deals, Bamieh said.

But California businessman Sam Bamieh, who describes himself as a former close friend of Saudi King Fahd, said he has evidence of reports of Syria's involvement were part of a Saudi cover story and that Woodward's report in his new book is largely correct.

Woodward, an assistant managing editor at the Washington Post, described the unsuccessful attempt to kill Hezbolah leader Sheik Fadahllah, whose organization bombed several American facilities in Lebanon in his book, "Veil: The Secret Wars of the CIA in 1981-1987."
*******
Talk about 'dazed and confused'. Who IS Sam Bamieh? His son, Ron, says no one works harder than his dad, and that his dad has 'earned' every penny.

17 posted on 06/11/2002 1:05:26 PM PDT by d14truth
[ Post Reply | Private Reply | To 6 | View Replies]
To: Jim Robinson
You've been following this for a long time as well. Know anything more about Sam from San Mateo? It appears that the 'consulting' appears to involve the 'intelligence' community. Is American Intertrade Group a 'hush-hush' operation or a 'front'?

Just amazed that someone with a $45 million house on 'the block' doesn't have a 'press' following.