The top secret Armata tank, which will be presented to the general public on the Victory Day anniversary parade in 2015, may be deployed in the Arctic. Yevgeny Chistyakov, representative of the Scientific Research Institute of Steel, a developer of the advanced material, said at the Interpolitech 2014 exhibition in Moscow that the new 44S-SV-SH steel armour does not lose its qualities and can be operated at Arctic temperatures.

The Arctic may become a bone of contention between the major powers over energy resources located under the melting ice. Russia is already claiming its rights for a significant share of these resources, and is constantly increasing its military presence in the region.

Colonel General Alexander Postnikov of the Russian Army had said the technical basis for the Arctic brigades for the near future is a multi-purpose armoured tractor carrier MT-TWT. In the future it will become the combat platform for the family of combat and support vehicles on the basis of a two-tier armoured tracked unified platform. Officially, the Ministry of Defence does not speak about creating an armoured brigade in the Arctic. The nearest motor-rifle division of Russian Armed Forces is located in the town of Pechenga in the Murmansk region.

However, the military command must consider the hypothetical possibility of utilising any equipment in the area of its interest. Today this is the Arctic.

When talking about the deployment and combat operations with the use of armoured vehicles in critically low temperatures, it is important to consider the experience of the Soviet troops. During the Second World War, the Soviet Army successfully operated against the German forces in Finland and Norway.

Independent military expert in the field of land armaments Alexey Khlopotov said Russian tanks proved to be superior back in the Second World War in Northern Norway during the Petsamo-Kirkenes operation. “Tank brigades and self-propelled artillery regiments were conquering Norwegian mountains at strong frosts,” Khlopotov said. “One needs to keep in mind that they were not modern tanks, but 1940s models: KV (Klim Voroshilov) and the self-propelled artillery units ISU-152 based on the JS (Joseph Stalin) tank.” According to Khlopotov, in the Soviet era, tank trial runs were often held outside of Murmansk, the city located above the Arctic Circle.

The tank will become lighter

The planned advantage of the new Armata tank is its lightweight armour. The developers managed to increase the hardness of steel while retaining its plasticity. This combination allows the reduction of the thickness of the armour plate by 15 percent without reducing its security features. It's also planned to use the new material to upgrade existing military machines. The Scientific Research Institute of Steel said the new steel blend offers a high level of protection due to its fine grained structure, optimized alloying process and special heat treatment.

The mission of the new armour is to protect the fighting modules, the optoelectronic devices and the external equipment of the tank from the small-arms' bullets and the automatic missiles.

“Better alloying of steel decreases the friability, which is important for the equipment operating in the zones of low temperatures,” says Mikhail Timoshenko, the independent military expert, author of the book The Russian Army.

Yet the innovativeness of ‘the tank of the future’ does not make it immune to the possible challenges of extremely cold regions. For example, the software of Armata may become at risk in the zone of low temperatures. It's necessary to consider the efficiency of heavy armour in terms of temperature and atmospheric corrosion resistance of the electronics.

Therefore, despite the super-steel, the electronic filling may encounter problems. But then again, one should be aware of the actual characteristics and capabilities of the radio-electronic filling of armoured vehicles, which is abundant in modern models, independent military expert Vasily Ponyatov told RIR.

All military radio-electronic equipment has the indications of temperature range of use (for example, from -50 to +50). In case of the Arctic the low temperature limit will be pushed further down as well as the corresponding military acceptance of electronic components for REE and the terminal electronic device itself, Ponyatov said.

So secret, we’re here talking about it on an open forum...

I thought the arctic was supposed to be melted by now... Submarine tank?

Unless it runs on bio-fuel or batteries, comrade obama will deem it inferior.

Remember when “Aurora” was just a conspiracy theory that only “crazy people” talked about?

Stopped being top secret about twenty minutes ago.

I don’t know, but if Russia thinks we are looking toward another Cold War we had better pay attention and start beefing up our military, too. It may be ugly, but reality is reality.

It runs on baby seal blubber.

Looks like an armored ammo storage box at the rear of the turret.

Wikipedia has an article on the vehicle, btw.

I think the really interesting thing is that the Russians apparently intend on using the platform to build heavily armored IFV’s and APC’s. I know in the past they’ve converted some old T-55’s and the like to serve as heavy troop carriers, due to heavy BMP/BTR losses in places like Chechnya, etc. But, AFAIK, this is the first time they’ve intended to build a heavy IFV/APC from the ground up.

It should be interesting to see how that experiment shakes out. There is almost surely going to be increased survivability, but I would imagine maintenance and repair costs will also shoot up - depending on just how “heavy” the new IFV is, of course.

“Remember when “Aurora” was just a conspiracy theory that only “crazy people” talked about?”

If it moves or radiates, it can be found and killed. I suspect it will generate some heat. 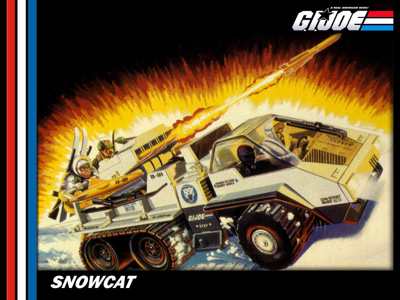 Cummings Diesel furnished ship engines for one of the early Arctic expeditions. They were designed to run on whale oil is needed. Supposedly in an emergency the team could harvest their own fuel.

I have never read anything about ww2 soviet forces in Norway.