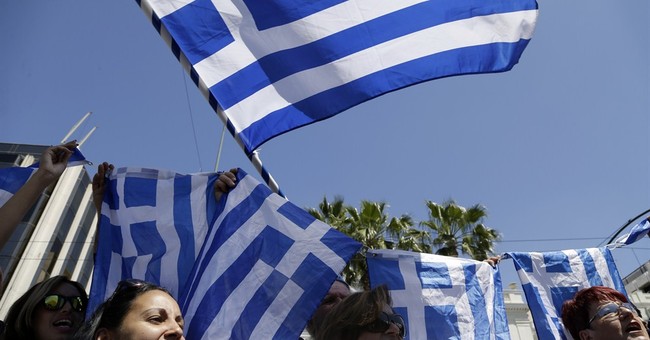 While theory is important, I suspect most people are more likely to be convinced by real-world evidence.

This is why I frequently compare nations when arguing that free markets and small government are the best way of generating prosperity.

Simply stated, I want people to understand that economic liberty produces faster growth, and that faster growth can make a huge difference, particularly when looking at several decades of data.

Most recently, I showed how Poland is out-pacing Ukraine.

The data for Chile, Argentina, and Venezuela is very powerful.

Hong Kong has caught up with the United States.

After looking at these examples, you’ll understand why I’m very happy to share this new video from one of Sweden’s free-market think tanks. It looks at how nations with more economic freedom get better results.

And I particularly like the comparisons of nations that are moving in the right direction versus those that are degenerating toward more statism.

Another good part of the video is that it shows how the European Union could have a very free economy if all nations simply copied the European nation with the best policy in the five major categories of economic liberty (rule of law, fiscal policy, trade, regulation, and monetary policy).

And it turns out that Denmark is the best in three of the categories (rule of law, trade, and regulation), which is why that nation manages to remain very competitive even though it does very poorly in fiscal policy.

The moral of the story is that trendlines matter. Better policy leads to faster growth, and sustained faster growth is immensely important to long-run living standards.

This appreciation for trendlines is also why I’m so fixated on controlling the long-run growth of government spending.

Indeed, my Golden Rule is a combination of two trend lines. If government spending grows at a slow rate and the private economy grows at a rapid rate, that’s a wonderful combination that could cure the fiscal nightmare of any nation. Even France and Greece.

are you familiar with the levels of taxation in sweden and denmark. would make your eyes water...over 50%. these countries resemble socialism more than laissez-faire capitalism

2 posted on 05/15/2014 12:04:20 PM PDT by ghost of stonewall jackson
[ Post Reply | Private Reply | To 1 | View Replies]
To: ghost of stonewall jackson
All in, we are apt to be at the same level of taxation, or higher, as the Scandinavians. But, we are structurally different, so we receive less in goods and services from the taxing authorities, of which we have many more than they do.

Also realize that each Scandinavian country has a population far smaller than LA County. Furthermore, the population is (until their foolish Islamic Immigration Experiments) much more homogeneous than ours. No "Oprime número dos por español")

So, yeah, you're right that they are much more "socialistic" than us. And they are culturally very, VERY different than us, too.

I think we should be copying Iceland, myself...

You list is well intended,
Of that I’m very sure.
What is lacking is the reason
That these family jobs endure.

We-who vote them in,
Have we our reasons?
We-who re-elect them,
Must have reasons too?

What the reasons are
It is obvious to know:
We all like to LIVE LARGE,
Take our free stuff and go!
“Charge everything to our kids:
charge, Charge, CHARGE!”

“Politicians will be politicians,
Just as boys will be boys.”
Is what we laugh and say,
By those who hate their kids
And vote to make them pay, Pay, PAY!

“are you familiar with the levels of taxation in sweden and denmark. would make your eyes water...over 50%”

Yes, they both tax individuals out the wazoo, but they recognize that businesses make jobs and they have taken very seriously the Laffer curve which puts the optimum corporate tax rate for generating business growth and producing tax revenue at about 20%.