You can almost hear the Obama administration call out, as one voice, "Aha! We'll designate the Syrian al Qaeda affiliate Jabhat al Nusra a terrorist organization, thus barring the group from receiving Western money and arms, and be done with it!"

And so they did. But they weren't.

From the NYT story, picking up with paragraph 9:

But a growing number of anti-government groups — including fighters in the loose-knit Free Syrian Army that the United States is trying to bolster — have signed petitions or posted statements online in recent days expressing support for the Nusra Front. In keeping with a tradition throughout the uprising of choosing themes for Friday protests, the biggest day for demonstrations because it coincides with Friday Prayer, many called for this Friday’s title to be “No to American intervention — we are all Jabhet al-Nusra.”

How sweet. The Daily Mail led with that little nugget:

A total of 29 opposition groups, including fighting "brigades" and civilian committees, have signed a petition calling for mass demonstrations in support of Jabhat al-Nusra, an Islamist group which the White House believes is an offshoot of al-Qaeda in Iraq.

The petition is promoting the slogan "No to American intervention, for we are all Jabhat al-Nusra" and urges supporters to "raise the Jabhat al-Nusra flag" as a "thank you".

"These are the men for the people of Syria, these are the heroes who belong to us in religion, in blood and in revolution," read a statement widely circulated on Syrian opposition Facebook pages.

Many Syrian fighters consider the Nusra Front a key ally because of its fighters’ bravery and reliable supply of money and arms. It has never come under the banner of the Free Syrian Army, shunning the Western aid and input that other groups have sought, but it coordinates closely with many who do.

Adding to the complication is that some groups in the Free Syrian Army have similar ideologies, follow the strict Salafist interpretation of Islam, and count among them fighters who joined the insurgency in Iraq — though they are not known to share the Nusra Front’s direct organizational connections to Al Qaeda in Iraq.

This is no "complication." It simplifies everything. Islam -- jihad -- is the tie that binds and not even a desgnation in the US Federal Register is going to change that. So the US on the jihad again, maybe this time with a little with more fanfare from the jihadists, once again backing forces that spread Islamic law -- backing forces that actually killed and maimed Americans in Iraq, too, as in the case of Libya. Did it all start in the Balkans when Uncle Sucker empowered Muslims in Bosnia and Kosovo over Christians in Serbia? What about when we put in place sharia-supreme constitutions in Iraq and Afghanistan? And how about the endless match of jihad chess in Israel as the US increasingly supports both sides, which is to say the jihad against Israel?

Back to the Daily Mail:

The rise of Jabhat al-Nusra represents the Americans' worst fear – they refused to arm the rebels earlier in the conflict to avoid weapons falling into the hands of jihadists, only to find that in their absence, jihadi groups well-funded by supporters in the Gulf have risen to prominence.

You mean our big pals the Qataris and Saudis and everybody?

The West attempted to rectify this at the weekend by backing the formation of a new FSA command structure at a meeting in Turkey.

Its new leadership, which sidelines former commanders such as Gen Mustafa al-Sheikh and Col Riad al-Assad, includes senior figures without a regime background. Many are linked to the Muslim Brotherhood or even more radical Salafi movements, but are thought to be men with whom the West "can do business". 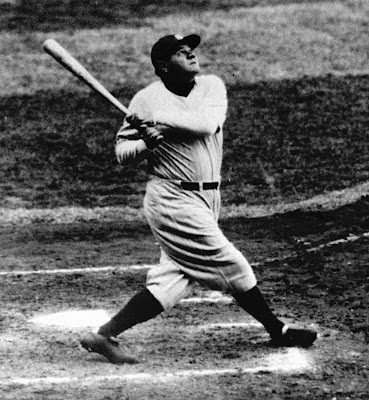 And John McCain says we need to help them.

What are they doing in Syria? They all belong in the White House!

Also this (don’t know if it has been posted as a thread):

Secretary of State Hillary Clinton will not attend the Dec. 12 meeting of the Friends of Syria in Morocco due to a lingering stomach ailment.

Clinton was expected to make news at the event by formally recognizing the National Coalition for Syrian Revolutionary and Opposition Forces, the new opposition leadership organization put together last month in Doha with the help of the State Department, as the legitimate representative of the Syrian people. That designation would pave the way for the U.S. to increase its aid to the Syrian opposition....

Mustafa Sabbagh, secretary general of the National Coalition for Syrian Revolutionary and Opposition Forces, said in Bahrain that he thinks the U.S. will recognize his council as the legitimate representative of the Syrian people in Morocco....

Clinton was also slated to go to Tunisia and to the UAE, where she was to attend the opening of a new center of excellence for countering violent extremism

IF you have 8 minutes, watch this:

Talking Egypt on The Blaze TV

They don’t want intervention because the whole point of our intervention would be to keep Assad’s chemical weapons from falling into al-qaeda’s hands. If we want al-Qaeda to inherit Assad’s WMD, all we have to do is nothing, exactly what Obama is doing.