Bill Stripped of Money to Keep Teachers on the Job or Boost Student Aid, Pays for 30,000 Additional Troops

The House is sending to President Barack Obama a bill to fund the troop surge in Afghanistan after accepting the reality that adding money for domestic programs was unfeasible.

House Democrats reluctantly voted for the $59 billion measure Tuesday that will pay for Obama's 30,000-troop surge and other programs such as replenishing disaster funds. But the bill was stripped of money to keep teachers on the job or boost student aid. The vote comes a week after the Senate soundly rejected the larger House-favored bill.

>> The House is sending to President Barack Obama a bill to fund the troop surge in Afghanistan after accepting the reality that adding money for domestic programs was unfeasible.

Knock me over with a feather!

The ‘rats are worried.

1968 - Coalition troops who have died from hostile action since September 2001.

704 - Coalition troops who have died from hostile action in the first six years of the war.

1072 - Coalition troops who have died from hostile action through January 2009.

896 - Coalition troops who have died from hostile action since January 2009.

They’ve been trying to shove pork into it since February instead of just passing it. Six more months of playing with soldiers lives to try and get pet projects passed.

The Democrats have absolutely no shame, whatsoever.

They would punish the Pentagon and our troops, and hold them hostage to "must pay" bills like this. Then, they shamefully lard in payoffs to union thugs, teachers, and anyone else they can buy off.

God, I hate them.

I wouldn't count the Rats out. Evil never gives up that easy.

It still has to get through the Senate. We all know how virtuous and wonderful they are. 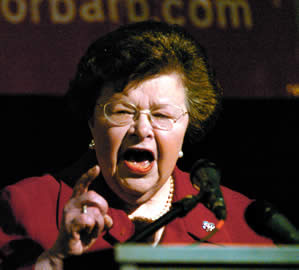 6 posted on 07/27/2010 6:52:04 PM PDT by SkyPilot
[ Post Reply | Private Reply | To 2 | View Replies]
To: SkyPilot
The fact that we haven't been flogging them with this issue is a problem. The democrats have gotten what they wanted and turned Afghanistan into a Vietnam of sorts. Or at least turned us into a USSR of sorts. This is now their war. And they have cost us almost as many men in 18 months as we lost in the first seven years. This needs to be pounded into the public's head over and over and over and over.

Not fit to command.

7 posted on 07/28/2010 6:18:00 AM PDT by Pan_Yan
[ Post Reply | Private Reply | To 5 | View Replies]
To: AdmSmith; Arthur Wildfire! March; Berosus; bigheadfred; blueyon; Convert from ECUSA; dervish; ...
Thanks Pan_Yan. I read that the partisan shill George Stephanopoulos stopped listing our War On Terror dead once Zero was elected (or perhaps it was after he was sworn in). But hey, I'm sure things will change soon.

Civ's got a steel pipe ya could use...

9 posted on 07/28/2010 4:51:52 PM PDT by bigheadfred (One size fits all)
[ Post Reply | Private Reply | To 7 | View Replies]
To: SunkenCiv
It's a grisly statistic, but at the current rate in a few months President Obama will lose more men in Afghanistan in less than two years than President Bush did in over seven years.

The change in strategy to nation building is an unmitigated disaster. I swear President Bush read Sun Tze and knew we could not fight on that battle field. He chose Iraq instead. No democrat has ever read Sun Tze and the best our country has to offer are paying the price for their foolish arrogance.

This needs to be the top story every day until we extract ourselves from this mess or wiser people are put in charge.