Have any idea what the initials AIG mean?

Dont fly on ANY planes Chris...

“Well, let’s see...higher tax rates, universal health care, more unionization and the Fed is creating trillions of dollars out of thin air. What could go wrong?”

Let’s not forget comprehensive immigration reform, aka amnesty for criminals.

By ressurrecting that sleeping giant that Japan’s attack on Pearl Harbor awoke in our parents and their generation.

We have their dna, their genes and the OUR smarts. And most of us have the will, now...finally.

We just need to REALIZE our abilities and act on that knowledge.

I would say yes. Everything that comes out of his mouth is a lie. I feel sorry for his daughters.

I don’t have any “lib” friends now. Not an accidental situation, btw.

Its like watching the movie deathrace 2000, only its dems like Obama, Pelosi, and Dodd driving buses and trying roll over each other.

“I agreed reluctantly,” Dodd said. “I was changing the amendment because others were insistent.”

As Geraldine would put it “the devil made me do it”...

Have hope there’s always a silver lining. It’s not as clear yet but it’s there.

“let’s hope the GOP get the most mileage out of this....”

If only we could harness Hanity a little bit. I love him but by the time he finishes the bone he has folks are feeling sorry for the democrats.

I was watching Fwank on FOX, and I saw that Bawney knew he was lying
during the interrogation.

The American public are watching, and I pray with all that my knees can handle,
that Americans will put things right in 2010. "BUT" Caveat, If Obama gets a line item veto, we're really fubared.

I second your analysis.

Make that a twofer...Dodd and Frank. If those two get it, I'll take my cotton candy home from the big shoe and dream sweet dreams for days.

117 posted on 03/18/2009 10:53:21 PM PDT by Earthdweller (Socialism makes you feel better about oppressing people.....)
[ Post Reply | Private Reply | To 74 | View Replies]
To: rcrngroup
Therefore the liberal in-the-tank media will declare the issue to be over & done with, and now (again) we need to move onto the "important business at hand".

But I am enjoying the popcorn in the meantime. 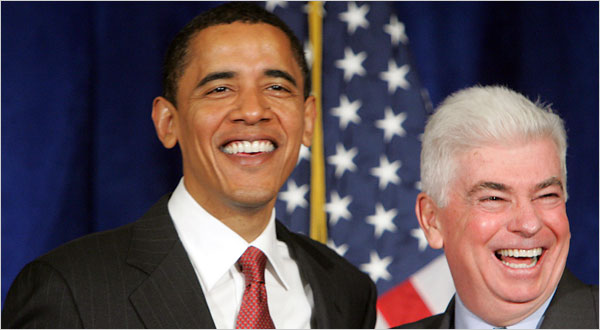