By James Kynge and Robert Thomson in Beijing

China is set to allow News Corporation and AOL Time Warner access to its domestic television audiences in return for their agreeing to distribute a Chinese government-sponsored channel in the US.

International broadcasters have fought for more than two decades to gain access to the Chinese market. Approval would be a particular triumph for Rupert Murdoch, chief executive of News Corp.

Xu Guangchun, the Chinese minister responsible for radio, film and television, said that it was his intention to allow both companies access to cable viewers in southern China. "We should say that [broadcasting by News Corp and AOL Time Warner] in a restricted area in Guangdong province would be fine," Mr Xu said.

He said the only outstanding issue was whether News Corp and AOL Time Warner would ensure that a China Central Television channel would be widely available in the US.

It is understood negotiations are far advanced for a general entertainment channel from News Corp's Star TV network to be carried in Guangdong, China's most prosperous province, which neighbours Hong Kong. Permission to broadcast in China will be particularly sweet for Mr Murdoch, who has spent the past eight years repairing a reputation damaged by his 1993 statement that satellite TV represents "an unambiguous threat to totalitarian regimes".

He dropped the BBC from the Star network in 1994 after a series of unflattering documentaries on China's politics and social problems invoked the government's wrath. Earlier this year, James Murdoch, his younger son and head of operations for News Corp in Asia, pleased the Chinese authorities with strong criticism of the outlawed mystic movement, Falun Gong.

Foreign companies have been banned from directly broadcasting into China, apart from in some tourist hotels and foreign residential compounds.

China's intention to allow News Corp and AOL Time Warner access to the domestic television market represents an unprecedented liberalisation in one of its most closed industries.

AOL Time Warner said: "We've been in positive and constructive discussions with the Chinese government to get increased access for China Entertainment Television in China." 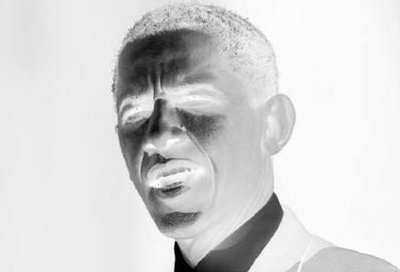 We already have that distribution in the forms of ABC, NBC,and CBS nightly news.