Evolving marine transport model seeks tankers to operate outside established markets, yet remain compliant with class, insurance and other regulatory and technical rules

MYSTERY surrounds the identity of a China-based shipowner who has spent around $376m to acquire 13 tankers for deployment in high-risk, ship-to-ship transfers of Russia-origin crude in the middle of the Atlantic Ocean.

All but three of the tankers were purchased between May and July this year, at a combined cost of $285m, based on shipbroker reports and market assessments. All but one tanker has since engaged in cargo transfers in the newly established, high-risk transhipment hub for Russian crude to consolidate cargoes, in areas 860 nautical miles west of Portugal, in international waters.

All the ships are aged 15 years or older, precluding them from chartering by most oil majors, as well being unable to secure conventional financing, suggesting the beneficial owner is cash rich.

The high seas logistics network offers scant regulatory and technical oversight as crude cargoes loaded on aframax tankers from Baltic Russian ports are transferred to VLCCs mid-Atlantic for onward shipment to China. One cargo has been tracked to India.

STS operations of this type have not been seen before, according to Dynamarine’s Alex Glykas, who advises on 4,000 STS transfers annually.

All 13 tankers are linked via the same room number and/or office building in Dalian, China for either registered owner, commercial manager or ISM manager. Four list the same two addresses in Hong Kong for some of these functions in addition to the Dalian address.

Nine of the vessels were entered with the West of England P&I Club upon purchase, and class transferred to Korean Register for at least four tankers. Those not already with the registry were reflagged to Panama.

Sale and purchase records compiled from shipbrokers’ reports detail the transaction and price paid for all but three of the tankers, but the buyer was not disclosed for any, although some noted the nationality was Chinese.

These tankers are now at the heart of the fully operational, mid-Atlantic tanker transhipment hub for Russian crude to China, as reported by Lloyd’s List last month.

At least six other tankers have been tracked engaging in ship-to-ship transfers with these ships since these movements were first noted in May.

The fleet built up by the unknown Chinese owner further underscores the evolving marine transport model whereby sanctions-skirting tankers operate outside established markets, yet remain compliant with class, insurance and other regulatory and technical rules.

There are no suggestions any of the tankers are breaching sanctions.

Records from Hong Kong’s equivalent of the UK’s Companies House for the private vessel owners show they were registered to the addresses of two, so-called secretary companies.

Staff there were working remotely, and the offices were shut. Lloyd’s List contacted the companies by phone and was told that they act for many clients and do not remember the names of all those companies they represent.

The sellers of the tonnage included some of the biggest names in tanker shipping who have received strong prices.

New York-listed DHT Holdings would have undertaken due diligence inquiries as part of anti-money laundering and other regulatory rules under the Securities Exchange Commission.

DHT Holdings did not respond to Lloyd’s List inquiries about the identity of the buyer of the VLCCs.

Ten of the tankers are entered with West of England P&I Club. Inquiries to the club were directed to a public relations agency that responded via email. Lloyd’s List also ask West of England to comment on the safety of practices surrounding ship-to-ship transfers in the middle of the Atlantic.

“We confirm that these vessels are entered with the club,” the email said. “Under our rules, there is no cover for any imprudent or unsafe activity, nor for any conduct that exposes the club to the risk of sanctions.”

West of England issues blue cards to the flag state covering liability for bunker or oil spills, and other casualties including wreck removal.

The lucrative market in US-sanctioned Iranian and Venezuelan oil trades has seen a fleet of some 200-plus elderly tankers now shipping an estimated 1.2m barrels per day of crude, with China the main buyer.

Shipbroker Braemar estimated last month that based on changing trade patterns, Russian sanctions could potentially expand this fleet to some 400 ships.

At least 20 of these tankers shipping Venezuelan or Iranian crude have relocated to Russian oil trades in the past eight weeks, offering a ready-made template to buyers as sanctions and self-sanctioning restrict the number of shipowners.

Even with a $20 per barrel discount to conventional oil, a cargo of Urals crude shipped on a VLCC would be worth around $160m, with higher freight costs offering supercharged profits.

Owners can recoup the cash outlay of an older ship in around three voyages, based on accounts from those familiar with Venezuelan and Iran trades.

Ship-to-ship logistics hubs are a common feature of subterfuge, allowing for the obfuscation of ownership and cargo origin. As well as the mid-Atlantic hub, there are areas off Kalamata, Greece, Malta, Ceuta and Kavkaz where STS operations for Russian crude have been established.

So much for ‘sanctioning’ Russian crude.

...but that was always a pipe-dream anyway. 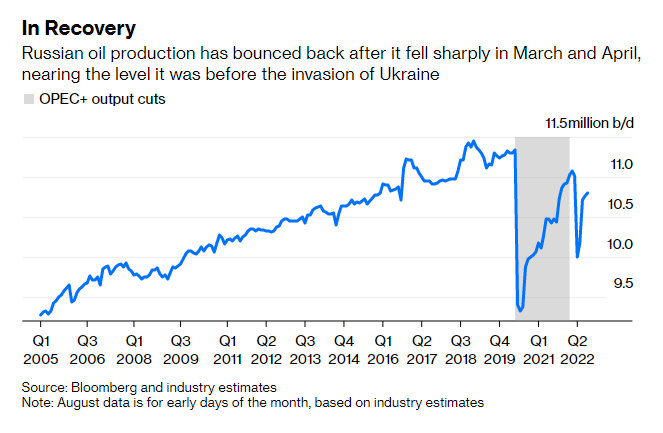 Sadly, I would have preferred the oil ‘sanctions’ to work, for a while, against Russia, since now the price is dropping (with the Russians back at full production) and Biden gets to ‘take credit’ for that, going into the mid-terms. I also enjoyed seeing gasoline hit $10/gallon for those car-loving Europeans.

Can’t win them all.

This tells you everything you need to know about the crazed Greenie zealots who are partly behind the sanctions against Russia.

As long as their agenda keeps rolling, damn the planet.

> Owners can recoup the cash outlay of an older ship in around three voyages, ... 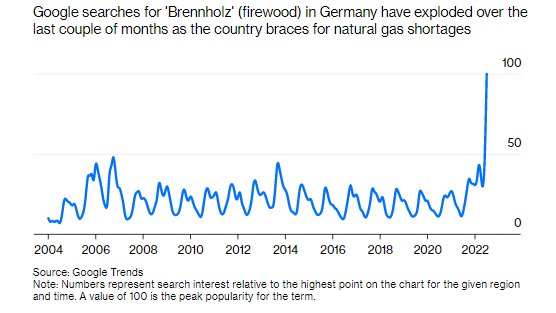 I’m hearing that russian oil production depends on a lot of western components that are no longer available.

that we’ll see the effects of this in the winter.

The China dictator is adding to his strategic petroleum reserves / strengthening China’s energy security.. The original purpose for the American SPR was to help the United States, not the dictator in China.

Biden’s handlers sold 950,000 barrels of oil from the U.S. Strategic Petroleum Reserve to a Chinese state- owned gas company that has financial ties to a private equity firm cofounded by Hunter Biden.. Sinopec through BHR Partners.

LOL.hilarious.
So maybe europeeings won’t freeze after all.
just buy the russian oil from china and pay the brandon markup
Lets Go Brandon!