You can condemn the actions of Russia, quite rightly, for many reasons. What you can't do is claim to be an exemplar of democracy if whenever you get the opportunity to be tyrannical,’ you do just that..

British comedian Russell Brand called out Canadian Prime Minister Justin Trudeau as a hypocrite, saying he “lost his authority to comment” on the issue of “democracy,” considering his recent crackdown against the trucker Freedom Convoy.

“What I feel is that Justin Trudeau lost his authority to comment on issues like this when he treated the truckers in the manner they did when they introduced emergency powers and then did not revoke them. That gave them the ability to freeze people’s bank accounts. That is an assault on democracy,” Brand said in a video posted to his YouTube page on March 12, with the title, “How Did We Miss This?”

Brand was commenting on how Trudeau, speaking to Canada’s Ukrainian community amid the Russia-Ukraine crisis, recent claimed that there has been a “slippage” in democracy.

“There’s no question that Russia’s actions in Ukraine are deplorable,” said Brand. “But what right do you [Trudeau] have to offer that critique when you are no real friend of democracy when it doesn’t suit you?”

Brand went onto note how Trudeau’s taking down of the trucker Freedom Convoy with the use of the Emergences Act (EA) reveals his true colors.

I feel like I saw bits of authoritarianism in Canada when truckers had pepper spray used against them, when bank accounts were frozen, when GoFundMe sites were shut down,” noted Brand.

“What about the beginning of the trucker protest when he outright said, ‘They’re racists, they’re misogynists’? Is that not misinformation turning people against the values and the principles of democracies that are so strong?”

Trudeau enacted the EA in February, claiming it was needed to deal with the Freedom Convoy protesters, who were demanding an end to all COVID mandates. Trudeau revoked the EA on February 23.

“The crushing of those protests was not done democratically,” Brand noted. “The Emergencies Act can only be invoked when a situation seriously threatens the ability of the government of Canada to preserve the sovereignty, security, and territorial integrity of Canada, and when the situation cannot be effectively dealt with under any other law of Canada.”

Brand said that the conflict in Ukraine and the “crushing of protests in Canada are two separate things,” but noted that Trudeau speaking out against the war, whilst just before he was arresting truckers, does not make sense.

“This war is a humanitarian disaster. It is wrong. What I’m saying is that if the reason that this war is wrong or one of the reasons is because it is against democratic principles, then you must ensure that where it is possible, where there is no militarized state opposing your ability to be democratic. You should be democratic,” said Brand.

Otherwise, you do not have the same argument. You can criticize Russia for many, many reasons. You can condemn the actions of Russia, quite rightly, for many reasons. What you can’t do is claim to be an exemplar of democracy if whenever you get the opportunity to be tyrannical,” you do just that.

The Freedom Convoy’s main leader Tamara Lich was met with a hero’s welcome upon returning home to Medicine Hat, Alberta, this Saturday.

Lich had just spent almost three weeks in jail for opposing the COVID edicts of Trudeau before getting bail.

Although currently out on bail, Lich’s conditions for release ban her from speaking out against the Canadian government’s COVID rules on social media and online and attending any COVID protests.

Lich’s legal counsel, the Justice Centre for Constitutional Freedoms (JCCF), said Lich was held in jail on bail because she was a “political prisoner” of Trudeau. 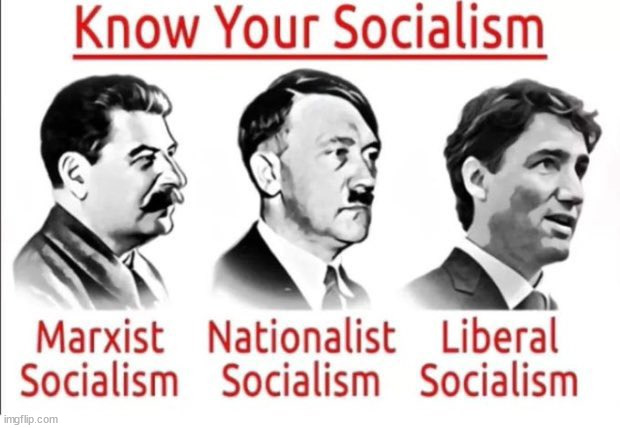 Do these brainstems really believe they could continue to preach from their moral pulpit on the world stage while acting like despots themselves at home? What hubris.

Two + years into this ‘two weeks to flatten the curve,’ Canadians cannot fly on airplanes unless they have taken the correct number of experimental vaxx doses (currently two) as determined by Castro’s son.

Turdeau is nothing but another communist tyrant...just like his father.

Enjoyed the Joe Rogan-Russell Branch interview. If you have some time (total run time is like 3:20 min) do catch some if not all of it.

I said as much here after hearing/seeing what was done to people at the Capitol on January 6 2021. No.Moral.Authority.

I didn’t know Russel Brand could communicate like that... I liked it.

I find it hilarious how the media is trying to portray Russell Brand as a right-wing extremist. It is obvious that anyone who listens to him that he is a hardcore anti-establishment, anti-corporate socialist. They hate him because he has the nerve to call out leftists for their hypocrisy.

I must give him credit, though, for his well-researched, well presented videos. He doesn’t talk down to his audience, and invites open discussion.

Yes, he may be on the left, but I still subscribe to his channel, and if all leftists could behave like Russell Brand, we might actually be able to have some productive political dialogue with them again.

His YouTube videos are very entertaining and educational. He comes across very honest, open and likeable, even when he presents viewpoints that you don't necessarily agree with.

I would categorize Russell Brand as an egalitarian socialist, along the lines of what Bernie Sanders pretends to be (until Bernie is paid enough to shut up and go away).

A contradiction of terms, but who knows, maybe if Russell keeps having conversations with intelligent people he might figure that out eventually.

Bernie Sanders calls himself a “democratic socialist”, so there’s that.

Russell promotes “social equality” (vs “social equity”). He doesn’t call for elimination of private ownership of property, but believes that billionaires and big corporations have too much influence over government (which they do). He’s a big “redistribution of wealth” guy, though.

Well you can say you’re not for the “elimination of private property” but socialists like Brand are certainly not advocating for everyone to just voluntarily redistribute their wealth out of the kindness of their hearts. They are advocating for a totalitarian government with the power to seize any and all wealth and then hoping that said government will “redistribute” it fairly, which is just a foolish pipe dream.