It’s become fashionable to condemn law enforcement as racist, leading to such shortsighted responses as ending cash bail, permitting endemic homelessness, and downgrading felonies to misdemeanors. These responses have resulted in logical conclusions, from six dead in Waukesha, to senseless murder in the NYC subway. And these responses have devastated poor, black victims especially.

But wait, say the social justice warriors, we’ve only just begun. We must not only abolish criminal punishment, but social incentives for good behavior as well.

Last week, a housing justice group filed a lawsuit in federal court, arguing that a New Orleans landlord’s criminal background screen is, you guessed it, racist. These types of lawsuits are not new; federal courts in at least Connecticut, New York, and Minnesota have taken these types of complaints seriously. The lawsuit alleges a violation of the Fair Housing Act, which forbids discrimination on the basis of race, not criminal history, in renting. (The lawsuit also has a disability-based claim, that drug addicts have a disability.)

The lawsuit cites common but misleading statistics — like that black Americans comprise only 13 percent of the population but 26.6 percent of individuals arrested. DOJ data, though, shows that black and white Americans are arrested proportionate to their involvement in nonfatal violent crimes reported to the police. Regardless, the lawsuit continues on that since black Americans are, as a group, more likely to be affected by the criminal screen, the screen is racist.

Behavioral choices are also appropriate targets for drawing lines, such as students who don’t do their homework fail, even if it turns out to only affect boys. Cause-and-effect is a common motivator to prevent bad behavior and reward those who suffered through the homework. Given this, the notion that people who commit rape may have trouble renting is not particularly shocking.

Still, the lawsuit argues that the apartment complex must consider the individual more holistically. I actually agree with this policy. We’re all sinners, and landlords should assess whether the past is present. And if I or the housing justice group wants to run a housing complex like that, we’re free to do so. In fact, if we want to run a housing complex for only those with criminal histories, we should also be equally free to do so.

But there is no law that requires landlords to house former criminals. And calling criminal background screens racist, if taken to its logical conclusion won’t end well.

Mostly, equating criminality with race perpetuates a malicious, and quite frankly racist, stereotype. Saying that a behavior screen is racial implies that certain Americans lack agency. Refuting such a heinous principle should end the matter.

Also, as discussed earlier, cause-and-effect social incentives are one reason people avoid crime. Law-abiding people, minority or otherwise, deserve the opportunity to benefit from delayed gratification. I’m all for new beginnings, but automatically eliminating the, yes, burden of criminal history minimizes deterrence. And if we ask for more crime, we’ll get it.

Finally, employers, landlords, and universities will shift their practices to avoid lawsuits and PR predicaments. If preferring non-criminals means paying legal fees, they will obviously hire, house, and admit more criminals. While that may be great for second chances, it’s unfair for the hardworking person — black, Asian, or whatever — who stayed out of trouble, and was turned down from the apartment, job, or freshman class for lacking a legal threat.

The case provides a reminder. “Disparate impact lawsuits” — that allege unlawful discrimination based on neutral policies — are not victimless pursuits. They perpetuate harmful stereotypes and they punish those who met the neutral criteria: the people without criminal records, who studied, or who didn’t fall into addiction. America’s big cities have spent tremendous energy on reshaping society to fit rule-breakers. And no doubt, we must personally care for the less fortunate. But if our ruling class forgets about those Americans living within their means, abiding by the law, and sacrificing for their children’s futures, we have broken the promise that undergirds the entire idea of a society: that those who give up their freedoms and play by the rules will be made better for it.

It is far more about destroying the fabric of this country.

Ushering in their so called perfect socialist/communist state.

Feel like Alice down rabbit hole, everything is now bass ackwards

Treating blacks like they are incompetent and incapable of civilized behavior is racist.

Yeah. You think all minorities are helpless and oppressed, huh? Try asking a minority that. 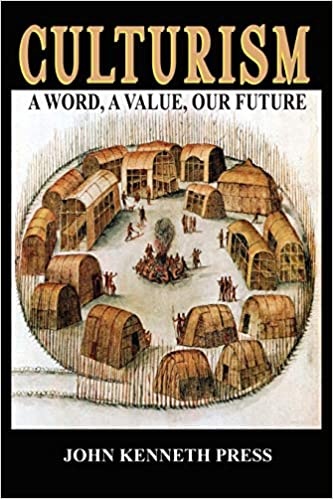 The trick is to uphold POSITIVE aspects of our own and others' culture, and remove NEGATIVE aspects of culture. These jerks are upholding negative crime stuff as if it's a positive thing.

Yes, you hit the nail on the head. “good behavior” is being redefined. Robbery, sure that is OK as long as the person is “repressed”. Men in a woman’s bathroom, no problem, as long as the man thinks he is a woman that day. Burning down a police station, with police inside, yes that is fine because they deserve it. Shop lift stores, of course, the stores are repressing poor people. See, anything is OK if you define it right. Without common culture norms, everyone does what is right in their own eyes.

Judges 17:6
In those days ... every man did that which was right in his own eyes.