Paul Pelosi owns up to $1 million of Tesla call options

The news comes as Pelosi spearheads legislation that doles out tens of billions of dollars in subsidies to the electric vehicle industry, including Tesla, with provisions to build charging stations for cars and incentivize electric car purchases through tax credits.

The financial dealings of Pelosi's husband, Paul, came under scrutiny earlier this year when he purchased as much as $1 million of Tesla call options, one of the largest transactions of Tesla shares disclosed by a member of Congress. At the time, Republicans charged that the House speaker was cashing in on her power.

Members of Congress and their spouses are legally allowed to buy and sell stock, as long as it is not based on insider information. Members are required to disclose their transactions to the House Committee on Ethics, as Pelosi did with the Tesla transaction on Jan. 21.

Pelosi is spearheading negotiations with the White House as Democrats look to pass Joe Biden's Build Back Better plan and a reconciliation bill that includes the electric car incentives. Tesla, a pioneer in the electric car industry, is poised to see a significant boost from the legislation, according to industry watchers.

Democrats are proposing nearly $120 billion to fund various clean energy projects, and another $34.5 billion dedicated to zero-emission vehicles. The reconciliation bill also proposes $42 billion in tax credits for purchases of electric vehicles, which Democrats hope will incentivize new car buyers to purchase electric vehicles instead of gas-powered cars. The bill offers up to $12,500 in credits for each car. It also calls for tens of billions of dollars in spending to build charging stations for electric cars across the country.

Tesla's dramatic rise is likely attributable to several factors beyond the Democrats' spending proposals. Tesla founder Elon Musk recently announced he is moving the company's headquarters from California to Texas, which has no state income tax. Tesla's cars have also gained in popularity without federal incentives.

And while Tesla and other clean energy companies stand to gain with environmentally friendly Democrats in power, the company opposes some aspects of the reconciliation proposal, such as an additional credit for the purchase of electric cars made in unionized factories. Musk has publicly opposed unionization efforts.

Pelosi's office did not respond to requests for comment.

The Taxpayer should have nothing to do with this ,if the cars can’t compete in the market than too bad 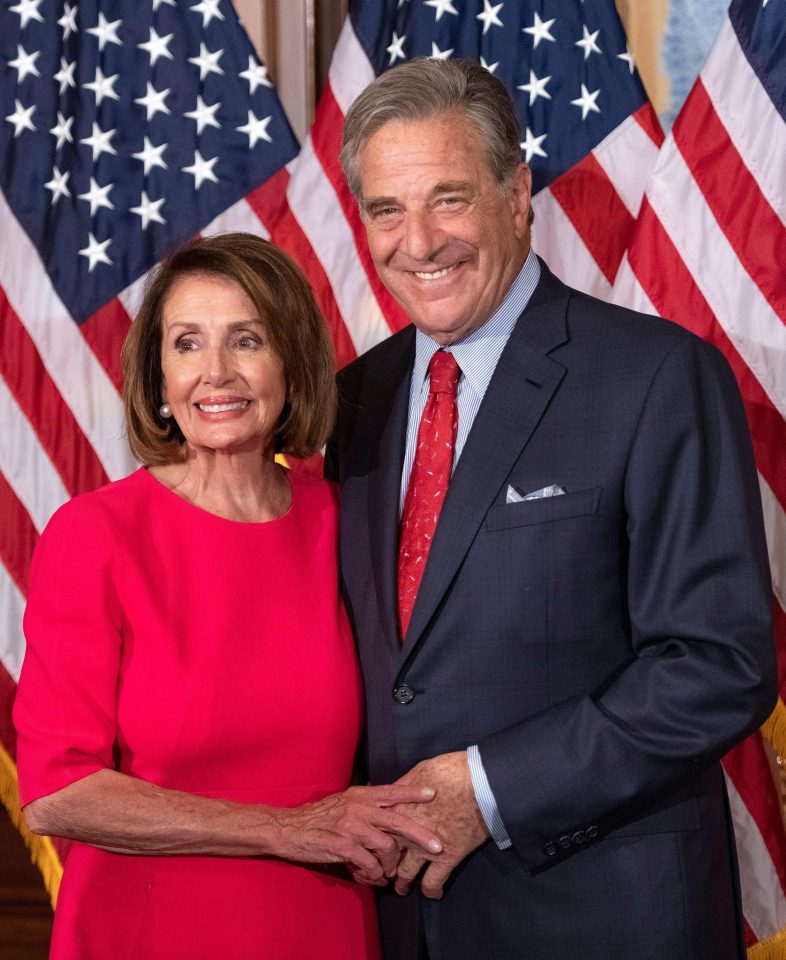 this is JUST like the AG threating PARENTS to force
them to give his SON money for his biz.

JOBBERY, it is called.

... and the DO”J” may arrest you for complaining
about this nightmare set up by the RINOs
and the DNC for foreign governments [”treason”].

How Paul Pelosi Achieved a Net Worth of $120 Million

There was a subsidy being extended for hybrid vehicles a few years ago, too. That evaporated pretty quickly, too.

Battery-powered electric vehicles are a dead end, as the battery technology is simply not good enough, and the electric grid has neither the capacity or the distribution infrastructure to meet any huge increase in demand. There has to be on-board generation capability, either by some form of storage medium like elemental hydrogen, or by a power generation system small and light enough to be incorporated in a road vehicle.

Nuclear is clearly out. Hydrocarbon fuels, sometimes wrongly termed as “fossil fuels”, are the most logical source for the intermediate period, until we can somehow harness the inertial energy of the earth’s rotation, or some other untapped source.

Not sure if there was any connection there.

Nancy Pelosi: ‘Trump Has Engendered a Culture of Corruption’

11 posted on 10/28/2021 4:49:39 AM PDT by GrandJediMasterYoda (As long as Hillary Clinton remains free equal justice under the law will never exist in the USA)
[ Post Reply | Private Reply | To 1 | View Replies]
To: MarvinStinson

I can’t even imagine the hell on earth being married to her. I take it her husband is just as insane as she is.

12 posted on 10/28/2021 4:50:55 AM PDT by GrandJediMasterYoda (As long as Hillary Clinton remains free equal justice under the law will never exist in the USA)
[ Post Reply | Private Reply | To 1 | View Replies]
To: MarvinStinson

Let me get this straight... The taxpayer pays out a subsidy for people to buy Tesla EV’s, AND THEN the taxpayer pays for the infrastructure upgrade to put battery chargers all over the damn place?

Maybe we should be buying stock in diesel gennys that will be necessary to keep them all charged?

There are NO pockets in SHROUDS

Tesla doesn’t get subsidies any more.
Tesla more than paid back what subsidies it got.

Ugh. That was a complete ball-washing article there. She made her money (and her husband as well) from insider trading.

She gets inside information for him.

This is how many politicos make millions — insider trading is not illegal for anyone in Congress. So, they force anti-science crappola like Solyndra on the taxpayer AFTER making sure their cronies have invested (primary stock only, not common as the project will go bankrupt) in the project.

Feinstein’s family has made $$$ this way.

That's why the Republican pimps went along with the theft of the election, viz. it's profitable. Why else would those pimps spend millions to get a job that pays only a fraction of that?