An Australian reporter covering President Biden’s address to the United Nations General Assembly on Tuesday was “startled” by how aggressively the press pool was treated by the White House communications team.

The designated pooler, France24’s Washington correspondent Kethevane Gorjestani, reported that she “was asked by a very startled Australian reporter whether WH wranglers were always so strict about ushering the pool out without questions,” after a press conference held by Biden and Australian prime minister Scott Morrison.

Biden and his press team have been criticized for a reclusive, question-averse approach. His first press conference as president did not come until March 25 — more than a month after both of his most recent predecessors.

Moreover, the president has frequently remarked on his staff’s reluctance to see him speak aside from during prepared remarks.

“That is not something we recommend,” explained White House press secretary Jen Psaki during a podcast appearance, in reference to taking questions. “In fact, a lot of times we say `Don’t take questions,’” she added.

When Biden did take questions on Afghanistan on August 26, he preempted them by noting “they gave me a list here, the first person I was instructed to call on was Kelly O’Donnell, NBC.”

Those dopes need to look inward.

Biden’s clearly unpredictable so they have no alternative but to ‘distract him’ by carrying on as they did. He was definitely startled.

It's O.K. to whip Americans.

Did it ever occur to those mensa candidates that maybe the white house is hiding something?

The best thing the press could do if they could cooperate with one another would be to arrive for a Biden/Psaki press conference and, upon getting stiffed or presented with doubletalk and gobbildigook from Biden and/or Psaki, make an oral explanation and distribute the explanation in writing and walk out en masse. That should be repeated as long as the absurdity continues. They are unable to get straight explanations on anything in any case. 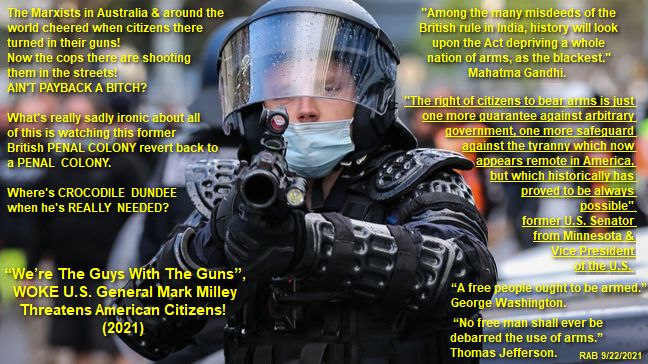 Such actions by a GOP Administration would lead to an immediate Press Frenzy and Congressional Action! However it is a ‘D’ Admin, so lots of shrugged shoulders!

Joe: No questions! Where is the bathroom? I pooped my pants. I need someone to wipe my a$$.

Mr. President, what is the reason you aren’t taking questions?

This is true to a point.....this dastardly disease can stretch out for years as people watch them deteriorate...or it can end at any time as the organs fail. We don’t know what his body health is but he certainly has the best Dr.s in the world to keep him going. They can sedate him to gain rest and a host of other drugs and likely doing this now. The primary thing is to keep him walking...but even that will fail one day.

My sister left this earth to heaven a few weeks ago after battling through cognitive decline for several years. I can see and hear the similarities she went through as do others here are familiar with this disease. But the fact he had brain aneurysms prior, as I understand it, certainly doesn’t help his situation.

Less Than $803 To Go!!
Your Donation To FR Is The Fuel
That Keeps It Running!!
New Monthly Donors Help FR Get There Even Faster!!

This reporter has not been paying much attention.

When it “plays out on the world stage,” President Biden’s “fatuity . . . can be downright horrifying,” notes Spectator World’s Amber Athey. At his meeting Tuesday with British Prime Minister Boris Johnson, Biden’s staff “made sure he was armed with a laminated note card,” reminding him “to welcome Johnson to the White House and speak positively about the relationship between the UK and the US.

An easy thing to forget for a president, apparently.” But “most shameful” was how Biden’s staff, after BoJo took some questions from the UK press, “cut the British PM off mid-sentence, yelling at the media to leave the room. Biden eventually ­appeared prepared to respond to a question about the border from CBS’ Ed O’Keefe, but the wranglers continued to shout,” so his answer went unheard.

“Biden’s mental deterioration must be even worse than we realize if his staff members are willing to treat foreign leaders with wanton disrespect to prevent him speaking to the press.”

No, Joe, America Is Not at Peace

In his Tuesday United Nations speech, President Biden “made a curious and inaccurate claim,” namely “that the United States is no longer at war,” Scott Shackford observes at Reason.

Yet after his Afghan pullout, “we still have thousands of troops in Iraq and are currently planning to keep them there indefinitely,” where they will “most definitely still be involved in fights against the Islamic State.” In Somalia, we are still doing “airstrikes against al Qaeda affiliate al-Shabab.”

And then there is the who-knows-how-many drone strikes “in places like Somalia, Iraq, Pakistan and Libya.” Biden may not consider all this “war,” but it sure isn’t “actual peace.” The nation has not truly “turned a page.”