When I occasionally complain about the left politicizing race, fellow conservatives often say to me, "Don't worry about this. They've lost all credibility on the issue, trivializing it by overuse. They're getting no traction with it." Oh?

You'd have to be blind and deaf to deny that this tactic is working for the left politically and that it has caused great harm. Democrats and the left bring up race every five minutes to demonize Republicans and profit politically. It is nothing more than a raw power grab.

Indeed, if you want to talk about shameful behavior on race, look no further than the liberal politicians and the media who smear half the country as racists daily because of their views on economic, political and cultural issues. If you champion American sovereignty, advocate border control, support the indispensability of law enforcement, promote our free market economy and cherish America's founding principles -- and if your skin happens to be white (unless you're a progressive) -- you are presumptively racist.

The baseless racism allegation is particularly despicable considering there are few more damning charges that can be leveled against a person and that the persistent hammering of this issue does incalculable damage to race relations and overall societal goodwill. And don't think for a second it isn't leading to violence. People are dying in the streets not just because of certain incidents of police brutality but because way too many people have been deceived into believing that non-minorities hate them based on their skin color.

Those who pooh-pooh the threat posed by the left's relentless exploitation of race don't factor in several important things: When you repeat a lie often enough, it is eventually believed. When you control academia, the mainstream media, Hollywood and the fascist digital oligarchy, you can exert mind control on not just young, impressionable people but adults who are bullied and shamed into silence and ultimately surrender. (There may be a growing outrage among the millions of victims of these libels, but as of yet, they are not fighting back with even a modicum of energy and coordination.)

Many of you probably didn't realize that the seeds of the infernal ideas of critical race theory, white supremacy and systemic racism began as rogue ideas in university faculty lounges, academic literature and, ultimately, the classrooms of America's indoctrination laboratories, otherwise known as our hallowed universities.

These cockeyed ideas on gender and race populated all kinds of university textbooks and classrooms, which were more committed to agitating students than providing them a classical education, but for several decades, they were relegated to the academic fringe. Now, as the left has become more and more emboldened, this insanity has proliferated into the mainstream of our culture and politics.

Democratic politicians and their media cohorts routinely make flagrantly ludicrous comments about race that intellectually honest people should reject out of hand. Instead, these views are being treated seriously, and people who know better are legitimizing this poison. The mostly fabricated racism issue is dominating everything, to the point that we can't even focus on real problems facing society -- and minorities in particular.

One of the greatest ironies surrounding all of this malicious nonsense is that the bizarre notions of critical race theory, white supremacy and systemic racism are themselves racist. They vilify people as a group based on their race, not their individual hearts, character or conduct. They judge people as intrinsically irredeemable solely by virtue of their skin color.

Racism is not systemic in America today. What is systemic is the left's dishonest stigmatizing of people as racists. There is a strong spiritual component at work here. God created each and every human being in His image. We are individuals, accountable to Him for our behavior; we are not to be judged based on what others do. This spurious, categorical condemnation of people robs them of their individuality and dehumanizes them. At the same time, the victimization of minorities for crass political gain diminishes their individuality and accountability. Everyone loses except the political shysters who benefit from this acrimony.

Sadly, this wicked duplicity will not stop until responsible people of good faith of all races and political parties stand up against the corrosive, engineered pandemic of racial disharmony and truly preach that we are all called to love one another irrespective of skin color. It certainly won't stop through the proposed remedies of endless wealth redistribution, reparations, police reform and the self-flagellation of people copping to a sin of which they don't believe they're guilty. The Civil War and civil rights movement apparently count for nothing. The left has an insatiable lust for keeping this issue on the front burner at the highest heat, and things will not improve until the left is no longer rewarded for fomenting racial disharmony.

What we need in this country is a religious revival -- another Great Awakening -- but until that time, people need to get on offense and fight back against this false and evil narrative.

How about this for starters...

There is only one race of hominids: human.

I’m using the old definition for hominid, BTW, not the newfangled one.

Segregation is inevitable when one group is raised on hate, both in the home and through the enemedia.

People will never willingly (and knowingly) sacrifice their physical well-being by exposing themselves to murderous mutants.

Too many Conservatives are just controlled opposition-they will not fight back against anything the scum Left does which is why our agenda gets no traction. 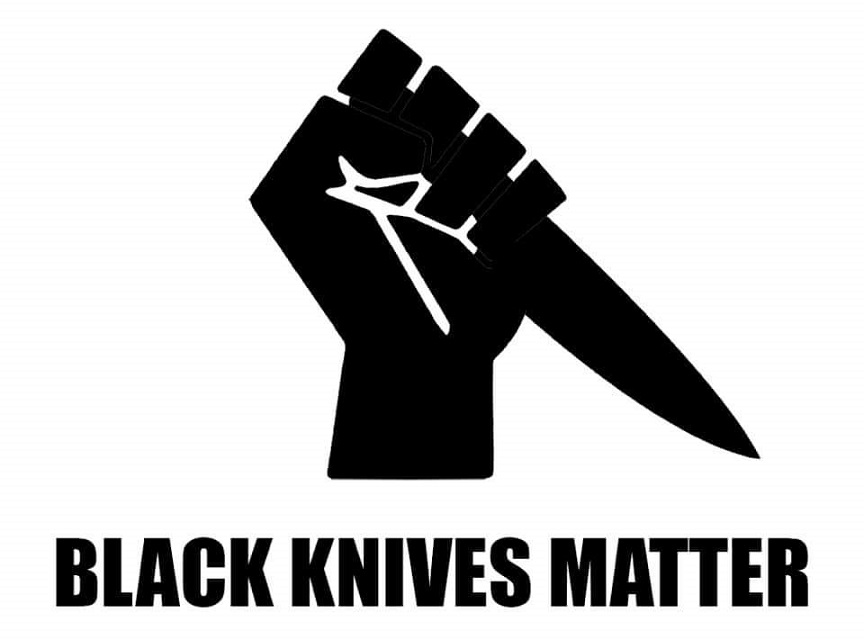 Well, pedo joe did remind us that without the democommie folks, “they” ain’t bright enough to make an appointment to get a covid shot on line even if they have access. Yup, if it weren’t for pedo joe and the democommie party, why, “they” couldn’t figure out how to breath. Grrrrrrr.