Justice Department nominee Kristen Clarke struggled to explain her criticisms of a civil rights case lodged against members of the New Black Panther Party during her confirmation hearing Wednesday.

Clarke tried to duck questions about her opposition to prosecuting two Panthers for civil rights violations in the 2008 election while testifying before the Senate Judiciary Committee. Republican lawmakers say the Black Panther case is a troubling indicator of her approach to enforcing civil rights laws.

Clarke's history of opposing civil rights prosecutions of black defendants has made her nomination contentious. If confirmed, she will lead the Justice Department's Civil Rights Division and serve as top prosecutor for a range of nondiscrimination statutes.

Sen. Mike Lee (R., Utah) asked Clarke directly if the Justice Department was wrong to pursue a case against the Panthers. Clarke dodged, saying the department has the prerogative to bring any cases it deems appropriate. Lee doubled down, asking if she wanted prosecutors to abandon the case.

"I may have espoused that opinion publicly, but so did many people," Clarke replied. "I think there were many people who deemed that a weak case."

Video of the Panthers showed the pair shouting epithets at white voters. Witnesses testified that the Panthers threatened two African-American volunteers, Larry and Angela Counts, who were serving as paid poll workers for the GOP. The Panthers called the Counts "race traitors" and said there would be "hell to pay" when they left the polling place, according to witnesses. One of the Panthers carried a billy club.

The department's initial complaint asked a federal court to punish the New Black Panther Party in full for the actions of its two members at the Philadelphia polling place. Some civil rights litigators said that was an overreach and suggested many of the statements the Panthers made were constitutionally protected, even if they were offensive.

A federal oversight board investigated the department's decision to abandon the Panther case, including reports that Clarke, in her capacity as participation director for the NAACP Legal Defense Fund, urged friendly elements in the Justice Department to drop it. In the course of that investigation, Clarke acknowledged having two contacts with department allies about the matter but claimed those conversations were not substantive.

Justice Department lawyer Christopher Coates identified a third contact. He told the oversight board that Clarke approached one of his subordinates, Laura Coates (no relation), and asked her when the department would drop the case.

"This reported incident led me to believe in 2009 that the Legal Defense Fund political participation director, Ms. Clarke, was lobbying for the dismissal of the New Black Panther Party case before it was dismissed," Coates told the panel.

Lee pressed Clarke about that alleged contact. Clarke said only that she had no recollection of talking to Laura Coates about the Black Panther prosecution.

"I did not engage in any advocacy around that case," Clarke told Lee.

"I have seen the most outrageous lies being touted about you, that have tried to obscure your incredible record of service," Booker said. "People are trying to say you're wrong for this job when, dear God, you are what we need in the Civil Rights Division."

Both parties signaled in recent months that a contentious hearing was in the offing. Lee pressed Attorney General Merrick Garland about Clarke during his nomination hearing in February. Garland, who is Jewish, got testy when Lee asked him about an event she organized as an undergraduate at Harvard University featuring the avowed anti-Semite Tony Martin.

Senate Democrats responded in kind and accused Republicans of holding minority nominees to a higher standard. Their outside group allies were more explicit.

"They know by using buzzwords that they're able to try to conjure up these tropes about women of color leaders," Fatima Goss Graves of the National Women's Law Center told the Washington Post. "These are code words that are used not only to distract but to conjure up an image in your mind."

Clarke previously criticized the Justice Department for prosecuting a black Democratic Party boss in rural Mississippi for violations of the Voting Rights Act. A federal trial judge found that the official, Ike Brown, ran county-wide primaries in a way that favored black voters and disfavored white ones.

The Washington Free Beacon also reported that Clarke helped kill an oil pipeline project championed by Sen. Joe Manchin (D., W.Va.), who may hold the decisive vote on her confirmation. 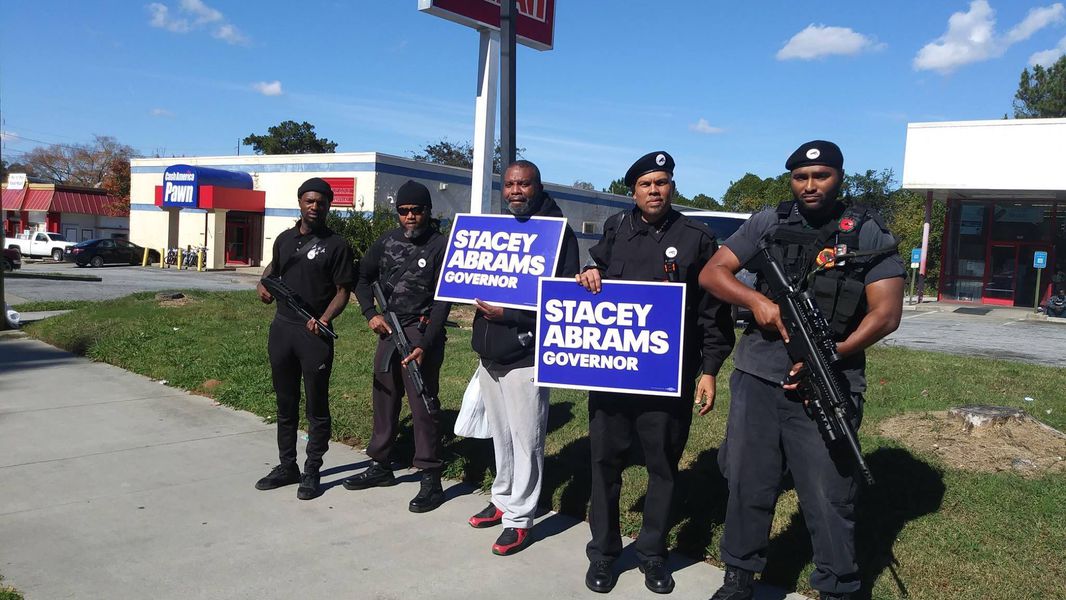 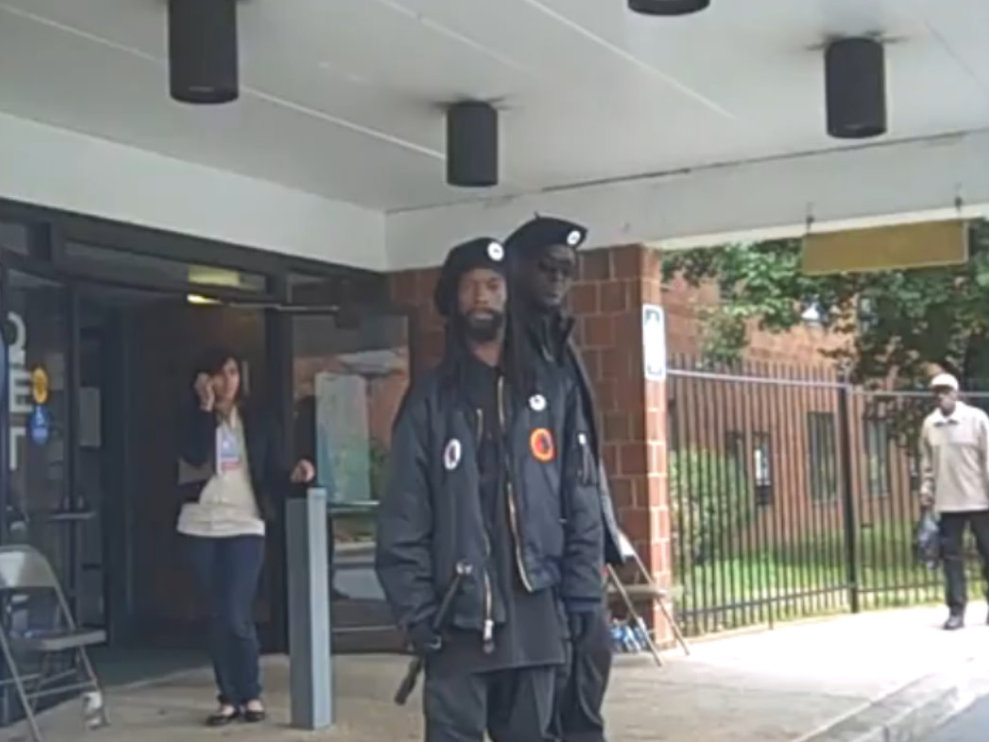 Not to worry. The four or five usual GOP suspects will cheerfully
Vote for her

The DOJ had already won a summary judgment against the Black Panthers for intimidating voters outside a polling station.
Holder dropped the case.

Flimsey Grahamnesty will be in the lead, he’s one of the Assistant Democrats who almost always votes for Democrat nominees no matter how bad they are.

That was the most cut and dried case in legal history,

The new black panthers were caught in video threatening white voters. What they said and did was clearly recorded.

Yet Holder dropped the case.

Only an ineligible usurper would have appointed Holder as AG and Brennan as CIA Director.

They are both enemies of America and freedom.

And all of them are riding high today.

Clarke replied. “I think there were many people who deemed that a weak case.”