Governor Gavin Newsom was heckled by protesters demanding a recall vote during a press conference on California's latest coronavirus figures. 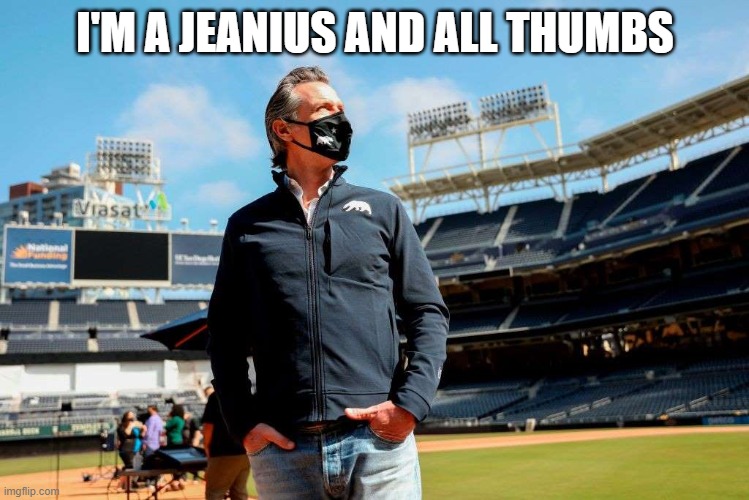 You can hear hecklers chanting “Recall Newsom” off camera at Governor Newsom’s press conference. He’s in the Central Valley talking about vaccine rollout, ongoing negotiations to get kids back to school, youth sports, etc. Says CA has now given 5 million doses of vaccine. @FOXLA

He said he was now focused on ensuring "underserved and underrepresented communities were getting fair access and distribution of these vaccines," but added: "We are falling short of our goals of making sure that we truly are being equitable in the distribution and administration of this vaccine."

But he has faced growing opposition to further measures aimed at curbing the deadly toll of the virus, including closing schools and businesses, and his popularity has ebbed according to recent opinion polls.

From the article: At the briefing, Newsom revealed the first two cases of the South African variant of the virus had been discovered in the state—one in Alameda County and one in Santa Clara county.

A lot of folk are starting to see him for what he is.. a photo op Gubinor. His WH aspiration lay smoldering in the heap along with Cuomo’s and quite a few more Dems.

karma sucks and so does he.

Too bad other states like New York State don’t have recall laws to remove the governor?


The recall, like the referendum and initiative were “progressive” ideas that took root in the Midwest and West in the early 20th century. Fewer of the older states in the East signed on. And, of course, the Federal government never did either.

The California loons would put Jerry Brown back in so what’s the point to all this?

Putting another idiot in charge is all they’ll do.

NYS has no recall provision. But people in the legislature are trying.

A wealthy, connected pretty boy that has never had to actually work a day in his life, but is somehow in charge of California. I know he was a mayor, but what did he actually have to do besides photo ops—nothing.

Don’t care if they put Doogie Howser in.

We are going to end his reign of terror and his presidential ambitions.

Doesn’t matter, they will replace them will an equivalent Democrat nitwit.

“Meet the new boss, same as the old boss”

I don't know about that.
Remember Gray Davies?

So ending one reign of terror is a good thing but what California may vote in next will probably be far worse... Every election cycle it gets worse and worse.

Whose the next idiot they’ll vote in.