What is the second impeachment trial for? The simple but untrue answer is that it will determine former President Donald Trump's culpability for the Jan. 6 ransacking of Congress, punish him, and cleanse our Augean politics at least a little by banning him from future public office.

But everyone knows this won't happen. It takes two-thirds of senators to convict, which means 17 Republicans would have to join all 50 Democrats. Fat chance. Of the 50 Republican senators, 45 already declared the trial unconstitutional. It's their view — they may be right — that impeachment exists to remove an incumbent and can't be used against a chief executive who is already out of office.

So, as Sen. Rand Paul says, the charge against Trump is "dead on arrival." Senators surely won't vote for what they've said publicly would be an unconstitutional conviction. There's a clever argument that senators should not participate in what they say is unconstitutional, so conviction could be secured by two-thirds of the remainder. But this theory isn't compelling in practice. Politicians don't voluntarily relinquish power, and the whole GOP conference can be expected to take part. Trump may swing a few more of them to the prosecution side by enraging them with a repetition of his narrative that the election was stolen. But it's impossible to believe there will be enough of them to get the Senate to 67 conviction votes.

As Trump will be acquitted and won't be barred from future office, what — to repeat — is the second trial for? Many people, some grifters and some principled, will answer simply that it's the right thing to do. But if you think that's the motive of actual politicians, hang on, I'm going to find a bridge to sell you.

Democrats see the trial as a danger-free opportunity to score political points. They'll stage a trial full of emotional testimony and as much gruesome detail as possible of Jan. 6 — the death, dirt, vandalism, swagger, and violation. They will tie it all as tightly as possible to a squirming Republican Party. They'll use it, as they're using a vast exclusion zone around the Capitol guarded by thousands of troops, to stoke stress and keep Trump high in voters' minds. Democrats hope Republicans will duck for cover amid public disgust and this will weaken opposition to Democrats' left-wing legislative and regulatory agenda. They also hope it will give them a head start in the race for victory in the 2022 congressional midterms and 2024 presidential elections. (Both, in case you hadn't noticed, have already begun.)

So much for the Democrats. What about Trump? Whether or not he plans a continued political career, he certainly isn't thinking of quietly disappearing. As the Washington Examiner reported, the former president's supporters are pushing him to turn the trial into a brawl. He split with his first legal team because it wanted to limit his defense to the question of constitutional impropriety. Trump, however, wants to relitigate his claim that he was defrauded of a landslide victory. This keeps his options open, at least making him the center of lucrative attention and at most allowing him to develop a sort of creation myth for his next chapter in politics. He can tell the story for the next four years of a tainted trial and a wronged tribune of the people who refuses to stop fighting against a rigged system and corrupt establishment.

Like the Democrats, therefore, Trump has nothing to lose and much to gain from a trial of which the outcome is already known. By obliging themselves to acquit Trump, Republicans gave him a free pass to turn the trial into a circus and to exploit it for maximum political advantage. His lawyers will argue that it's unconstitutional, but they'll also make the case that his post-election rhetoric whipping up popular anger was a legitimate response to a massive theft of popular democracy.

A recent Echelon Insights poll found that among Republican voters, 48% support the party over Trump, while 38% support him over the party. The 38% is terrible for the GOP, but it's actually a big and fast shift away from Trump toward the party. Back in October, only 30% supported the GOP more than they supported its leader. The impeachment trial could stop this separation and thwart GOP efforts to move into a post-Trump era. Whatever you think of Trump, it's pretty clear that the party isn't helped by the dominant presence of a guy who may be unbeatable in the presidential primary and unelectable in the general election. The real victim of the impeachment trial, which begins Tuesday, will be the GOP. Democrats know this and are delighted. Trump knows it, too, and just doesn't care.

TOPICS: Culture/Society; Editorial
KEYWORDS: beltwayconfid; demonratparty; donaldtrump; hugogordon; impeachment; opinion; randpaul; repparty
1 posted on 02/04/2021 5:31:55 AM PST by Kaslin
[ Post Reply | Private Reply | View Replies]
To: Kaslin
The real victim of the impeachment trial, which begins Tuesday, will be the GOP. Democrats know this and are delighted. Trump knows it, too, and just doesn't care.

I don't care either. The WhiGOP is dead to me. Also, the author is a fag.

Weird analyis. The Rat’s “coalition” is built on lies and electoral fraud...what happens when their bubble bursts? Gonna be fun.

4 posted on 02/04/2021 5:42:24 AM PST by No_Mas_Obama
[ Post Reply | Private Reply | To 1 | View Replies]
To: Kaslin
it's pretty clear that the party isn't helped by the dominant presence of a guy who may be unbeatable in the presidential primary and unelectable in the general election

the premises are incorrect, so the conclusion is incorrect. The party is helped by Trump, and would be ascendant if the GOPe would realize that they would be better off in the long run by a strong MAGA party than by a weak short-wing-of-the-Uniparty. Unfortunately, in the short run the swampers would be worse off, and since in the long run we're all dead, they don't givadam.

After what we’ve seen over the last 2 years this author actually give credence to polls?

They fear Trump’s ability to attract and energize crowds.

If Trump got active in picking primary challengers for Swamp creatures, he could do a lot of damage to the Deep State.

That’s why they want to drag him to DC for the impeachment trial. It would be easier for one of their assassins to get to him.

“...in the post-Trump era. Whatever you think of Trump, it’s pretty clear that the party isn’t helped by the dominant presence of a guy who may be unbeatable in the presidential primary and unelectable in the general election.”

“... unelectable in the general election.”

Anyway, who says we’re in the post Trump era? 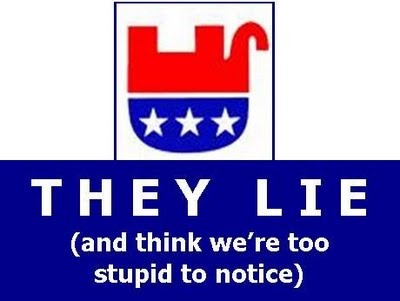 Free America and us.