Retired Israeli Lt. Col. Dany Shoham, who was among the first to suggest that the Wuhan coronavirus outbreak may be linked to China’s military research, now believes there is a strong possibility that the virus escaped from a Chinese laboratory.

Col. Shoham stated in an article published last month that the initial theory that the virus behind the COVID-19 pandemic occurred naturally is coming under strong doubt by both scientists and intelligence analysts.

The former senior intelligence analyst for the Israel Defense Forces and Defense Ministry is a microbiologist and expert on chemical and biological warfare who has studied the matter.

According to Col. Shoham, the probability of human intervention in creating the coronavirus is higher than naturally occurring, spontaneous evolutionary adaptation. However, Chinese secrecy, deception and obfuscation about the virus origin are preventing spies and scientists from learning where the virus outbreak began.

“The genomic origin of the index virus (the strain that infected patient zero) has been determined to be a Chinese bat virus that underwent extensive pre-adaptation to humans, including continual transmissibility, prior to infecting patient zero,” Col. Shoham, now with the Begin-Sadat Center for Strategic Studies, an Israeli think tank, wrote in a journal article.

“The open question is how, where, and when such exceptional genomic pre-adaptation took place,” he stated.

The debate over the virus origin has the potential for explosive disclosures, he said, yet intelligence agencies around the world so far have remained largely silent...

RE: now believes there is a strong possibility that the virus escaped from a Chinese laboratory.

We’ve all known that for months. The only question is — was it accidentally released, or was it deliberately released? 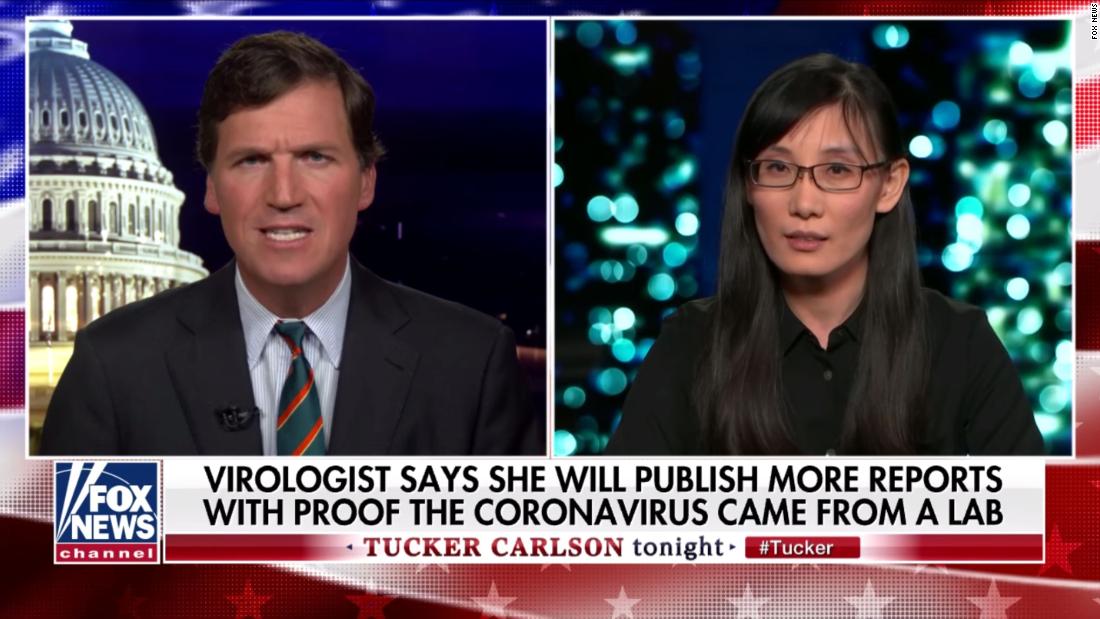 She wrote two papers telling us that the virus was CREATED in a Wuhan Lab. What this Israeli expert says simply corroborates what she has been telling us since she escaped from Hong Kong.

Where is that skinny, overdressed Captain Obvious guy with the big beard and the knowing nod?

I believe that it was a bioweapon that would have been used if necessary by the Chicoms but sloppy procedures caused its premature release.

It could be that it was going to be used for economic destruction in the future or a work in progress that was meant to be far deadlier.

All I know is that is was made in a lab in Wuhan and was released in the most ham-handed, incompetent manner.

Yes the virus did escape from the Wuhan Institute of Virology with infected Huang Yanling. By the way, where the hell is Huang Yanling? Where is “Bat Woman?” What the . . .!

and that lab got millions from fauxci’s group, about 3.7 million as those articles reported then

That’s him. Thank you Grace. Maybe he can get their minds right in Israel. They don’t usually need any help.

wonder how long tucker will be allowed on air

Gee, maybe if we go to war with China over a virus (man made or not) it will unite us all. Then everyone is happy. And as a bonus we can turn China into a communist nation along with America and the world under one UN government. It’s win win win!

I see that Captain Obvious was promoted to Lt. Col. Congratulations!

Anyone remember reading that the vaccine was figured out a few days after the dna genome was figured out. Sorry if I don’t have all the words right. I usually get the main concept correct. So, this is worse than we thought. President Trump better have a bunch of MOABS up his sleeve. If anybody can pull this off, it’s him.

14 posted on 01/11/2021 10:09:47 PM PST by Pigsley
[ Post Reply | Private Reply | To 1 | View Replies]
To: Secret Agent Man
The most damning info is that this virus exhibits some novel traits difficult to explain though any evolution via natural selection and anything attributed to random mutation .

Many of these unique attributes are documented in scholarly research papers published in the last 15 years, many originating out of gain function research projects.

Well, anyway you look at it, it certainly done a number on the economies in the west and to some extend may have helped to defeat Trump along with a fraudulent election. It could have been easily a tool of biological warfare by China and so far it appeared to have worked quite well for them for this purpose, if it was done on purpose or not..

She also said it was an intentional release.

You would only deliberately release it...if you had the vaccine that works. China hasn’t proven that they have that magic vaccine.

Course, there is the other scenario that some antigovernmental people in China got fed up with the system, and figured ‘what-the-hell’...let the virus take down the government.

Oh yeah it “escaped”. We don’t want to accuse them of releasing it deliberately, shutting down all local travel and encouraging international travel. No, it escaped and accidentally caused the world to react as if there was a threat of mass casualties, shutting down the best economic period in modern history while America was waging a trade war, and winning. Is America going to have a trade war now?