Twitter Is The Enemy Of The American People
The Federalist ^ | JANUARY 9, 2021 | David Marcus

On Oct. 18, 2020, Twitter banned the account of Dr. Scott Atlas for defending President Donald Trump’s position on mask mandates. In his tweet, he cited scientific studies, and the tweet contained absolutely no false information.

Also in October, Twitter banned the account of The New York Post for accurately reporting on a story about Hunter Biden’s laptop. Today we know these were just the first salvos in this evil company’s assault on American liberty.

For all its talk about safety, community, and the health of discourse, we see today that Twitter acts in favor of one interest and one interest alone: its own, even when it means destabilizing the American people. On Friday, the company permanently banned Trump from its platform and began a purge of conservative voices.

They claim this is needed to protect America from a coup. That is a farcical lie. They did it because their political enemies such as Trump and Sen. Josh Hawley are now out of power, and they mean to keep it way.

As a private company, Twitter is free to do as it pleases. And I am free to call them what they are: a shill for communist China that seeks the destruction of America.

Do you doubt that? Then explain why Iran can call for Jews to be killed on Twitter’s platform and China can spread propaganda about how rounding up Uyghur men and forced sterilization of Uyghur women is actually good, but Donald Trump can’t tweet. It is evil. And anyone defending Jack Dorsey’s death machine is complicit.

We live in two Americas right now. In Republican-led Florida and Texas, economies are open, people go to restaurants and movies, small businesses can prosper. In Democrat-led New York and California, lockdowns are crushing the people. They are not allowed to gather in person, only on big tech platforms. Guess which outcome Twitter prefers?

Now compare the effects of COVID on these two Americas. There is no rational way to argue that the lockdowns led to better results.

I want to put this as clearly as possible. Twitter attempted and largely succeeded in silencing dissent to policies that were against its own interests. They don’t care about the suicides, overdoses, missed cancer screenings, or poverty caused by these actions, they only care about money and power. Blood is dripping from Jack Dorsey’s hands across the globe and here at home as he counts his billions.

Feckless Democrats and faux conservatives applaud or look the other way at Twitter’s actions because it serves their purposes; the poor, blind fools have no idea that they will be next. This has nothing to do with the Constitution, or laws, this has to do with Dorsey being a liar who orchestrates mass disinformation campaigns on the American people. Twitter’s safety guidelines have nothing to do with safety, they have to do with profit.

I am not writing here about Section 230, or legislative approaches to rein in Big Tech. That can come later. I am writing to make it clear that Twitter has played a central role in destroying Americans’ lives through lockdowns, lying to them about Hunter Biden to win an election, and enabling the world’s most brutal regime to practice genocide in peace.

Twitter doesn’t want to serve you; it wants to rule you. And it is well on its way.

Now Big Tech is seeking to deplatform Twitter’s competitor, Parler. Politicians and journalists are cheering for censorship and suggesting that cable operators should ban conservative news outlets. You see, these people know what is good for you and what isn’t. They just want to protect you from dangerous information. To them, you are a child and they are your parents, the only difference being that you pay them an allowance.

Now we Americans have no choice. Now we must convene our secret meetings in person, far from the peering eyes of Big Tech and its Chinese overlords, for whom it will do anything.

Consider the fact that in many places in America meetings are literally illegal right now. Everything changed on Friday. The cards all stare up at us from the table now. Twitter’s goal is to create for our children an America our parents would not recognize.

Its CEO, Jack Dorsey and his Marxist employees are the enemy.

It is time to bankrupt Twitter. They started the purge of conservative voices. We need to reduce that number to zero. No users = no revenue.

They still get revenue they are in almost ALL of our 401K investments SO we are paying for these bastards to survive!!

It’s certainly full of the worst kind of idiots out there.

I just deactivated my account. I’m done with it. Waste of time.

“...Its CEO, Jack Dorsey and his Marxist employees are the enemy....”

They should all be arrested and charged for sedition/treason then whisked to GITMO for military interrogation.
Jack Dorsey is NOT an elected person and has/had no business blocking the POTUS. Hope they’re bankrupted....

It looks like we have to begin paper and some sort of electric Samizdat to keep spreading true information about what is going on in the Biden-Harris-Soros dictatorship.

Enjoy it while you can, Jack. They’ll come after you eventually, my lovely.

Thinking about this week, the storming of the Capitol showed how incompetent and futile the National Security State is.

The Tech Purge shows how vulnerable conservatives are to communication and payment platforms that are leftist controlled.

Check with your broker. It can be sold and replaced with something else.

Don’t feed the beast! It will turn around and eat you !

Agreed, the platform is regulated by Dorsey as being counter to free speech and has a communist/dogmatic(obtuse) group-think sentiment/conscious.

Pretty much a platform populated with ignorant leftist juveniles.

14 posted on 01/09/2021 6:11:17 PM PST by Bellagio
[ Post Reply | Private Reply | To 8 | View Replies]
To: george76
Twitter was fun in the infant stage when Shaquille O'Neal was describing eating his breakfast then went into great detail about his ensuing bowel movement shortly later after finishing breakfast.

Our ENTIRE GOVERNMENT has been seditious/treasonous for years, well before PDJT. And who will whisk them away to GITMO when the military elites are in on the treason???

This is what they want. I say,
"Not happening". 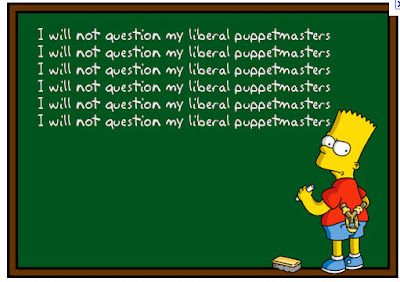 Ditto. Good riddance to them. It’s a creepy site filled with angry despicable leftists The company is invasive and annoying. I made the mistake of not opting out of location-based ads, and I quickly realized how they profile people based on where they live, work and socialize. Like if you’re in bar for three hours, they start pushing ads for alcohol rehab at you. Seriously.

Why does it take people so long to understand what I saw in Twitter and facebook for so long. They are both enemies of the American people and anyone who has an account on either supports their war against the American people. Users of these systems may not think they are supporting a war but they are.