As I wrote in the new Judicial Watch book “ A Republic Under Assault,” Christmas 2020 finds the foundations of our republic under attack.

So, at a time like this, it may be best to step back and try to focus our hearts and minds on things that unite us.

As we do, I am reminded of one of my favorite stories from Christmas past. On Christmas Day, 1776, the American Revolution appeared to be dead.

George Washington’s Continental Army had been driven out of New Jersey.

The British and Hessian troops, who assumed the serious fighting was over, had entered winter quarters.

King George III and the British Parliament appeared set to continue an abusive set of policies that American colonists said deprived them of their rights as Englishmen. The battle cry of “ No Taxation without Representation ” went unsatisfied.

That all changed after Washington’s crossing of the Delaware River in the midst of a driving blizzard on December 24, 1776. The “ Ten Crucial Days ” that began with an audacious strike against the unsuspecting Hessian garrison in Trenton, culminating with the Battle of Princeton , reinvigorated the Revolution.

Every year on Christmas Day, thousands of visitors and local residents would gather along the Delaware River to witness the reenactment of Washington’s Crossing .

As much as we all rightly celebrate The Spirit of 1776, in too many respects our nation is harmed by the progressive counter-revolution that undermines the republican form of government established by our Founding Fathers. Just before it left for Christmas, Congress authorized over a trillion dollars in spending with little public debate or disclosure.

That’s why our mission at Judicial Watch assumes a heightened importance going into 2021. If the ideals of our American Revolution seem like ghosts now in our “modern” government, it is worth recalling that the situation looked even more dire before the two Battles of Trenton and the Battle of Princeton.

Yes, there were two Battles of Trenton. And they serve as a dual lesson of the audacity and perseverance we will now need in order to continue overcoming the odds we face.

After crossing the Delaware River on Christmas night in 1776, Washington’s Continental Army surprised the Hessians who were staying in what is now the Old Barracks Museum and in other homes throughout Trenton. He re-crossed again four days later to confront the full brunt of the British Army led by General Charles Cornwallis. And the American rag-tag forces’ twin victories in those battles spurred our nation on to victory, and ought to give each of us cause for encouragement in light of contemporary challenges arguably far less serious than those our Revolution faced in Southern New Jersey 244 years ago.

Washington himself saw the hand of Providence at work in his Christmas crossing. An abiding faith can go a long way, even in darkest moments.

There is one Christmas message that should give us indomitable courage for these troubling times. It is from Isaiah 9:6, and it defines the hope that lies within us all: “For unto us a child is born, unto us a son is given – and the government shall be upon his shoulders.”

Ultimately, man’s power is limited on this Earth, contrary to what today’s progressives and their antecedents might try to tell you. And we know that, in the words of one of my favorite Christmas carols, “the wrong shall fail, the right prevail.”

Merry Christmas to you and yours from all of us here at Judicial Watch, and a happy New Year.

My mother introduced us to Judicial Watch when we were young. A WWII Veteran, she always was seeking the truth in everything and passed that onto me my brother and sister. 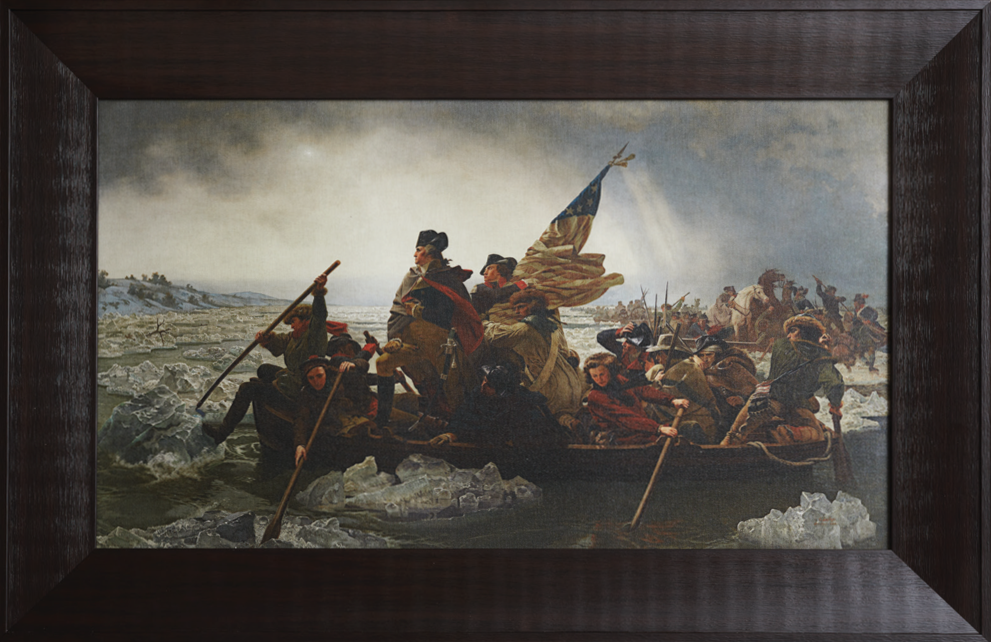 God bless her, a wise lady.

Mrs. jaz was a WAC nurse when we met and then married a short time later, she’s the best thing that ever happened to me.