Forget the Hunter Biden sex tapes. The real news is much bigger than that.
American Thinker ^ | Andrea Widburg

GTV, a Chinese dissident billionaire’s Taiwan-based media outlet, is releasing sordid, depressing videos and photographs of a person purported to be Hunter Biden engaging in sex and seemingly smoking crack. That’s not the big news. The big news is that the same outlet claims that (a) Communist China owns Joe Biden; (b) Joe Biden sold out CIA assets in China who were then executed or imprisoned; and (c) GTV has millions of images showing other presumably influential people in comprising positions. If all this is true, we may see a complete realignment in Western politics.

The Hunter Biden videos and images are at GTV’s video site. I won’t give the link here because the material is pornographic.

What’s more interesting than the images themselves is the story behind them and the allegations included with them. Taiwan-based GTV and GNews, which published the material, are owned by Guo Wengui, a dissent Chinese billionaire.

First: China has long owned Biden thanks to its having compromising information about his family (and possibly about him too).

Second: Biden identified CIA assets in China. The back story is that, between 2010 and 2012, China executed or imprisoned 18 to 20 assets who had bravely worked with the CIA, destroying a critical intelligence network.

Third: Guo’s outlets have “millions of videos and photos” of people who have worked with the Chinese against their own countries. If true, this implies that Guo managed to get into China’s “blackmail” database and can release that information.

If you thought Epstein’s secrets were big, these new claims, if true, could blow everything out of the water. I don’t think I’m exaggerating when I say that this information – again if it’s true – could realign politics in America and elsewhere.

Time to hammer Democrats on fake impeachment during the beginning of the Pandemic.

I am in Spain, 6 hours ahead of EST and when I scoured all of the major news sites the Biden story was a total blackout.

Hopefully, Gao has the dirt on Bill Clinton as POTUS and Hillary as Sec State as well - that would be a really swell clean out

4 posted on 10/25/2020 4:57:11 AM PDT by PIF (They came for me and mine ... now its your turn)
[ Post Reply | Private Reply | To 1 | View Replies]
To: MagillaX
How do you hammer Democrats with something like the fake impeachment? They are leftists now and leftists do not value honesty. Nancy Pelosi said that forever more when anyone reads about President Trump, they will see him called the impeached president. She knew he would never be convicted in the Senate and the impeachment was based on lies, but she did it anyway.

This evil impeachment should prove to any right minded person why a republic is a far better form of government than a democracy. A democracy is two foxes and one chicken voting on .... what’s for lunch.

the REAL News is:

False accusations against
the ELECTED PRESIDENT - No accountability

Making a murderous virus - No accountability

Came a cross an undecided voter yesterday and their biggest concern was COVID. On the way home I passed a huge sign on the interstate blaming Trump for 200000 thousand deaths.

You figure it out.

<><>(b) Joe Biden sold out US assets (for big bucks?), the CIA in China, who were then executed or imprisoned;

If all this is true, we may see a complete realignment in Western politics.

We can thank Trump for that.

Not long now. Darkness to light and blah blah.

Wiithout names, dates, the specific nature of the info passed (like Benedict Arnold’s diagram of the fort at West Point), THIS charge is baseless disinfo and discrediting and distractive from more substantiated charges.

IF..frogs had wings they wouldn’t bump their @ss so much.

At one of the rallies yesterday I heard Trump, for the first time, allude to the fact that we count Covid deaths quite differently from the way many countries count them.

In addition, I haven’t heard of a single country where the hospital gets more money when someone is hospitalized or dies with Covid then from anything else.

They realized that, instead of a military attack, it's cheaper to buy off your enemy's politicians with a little cash and some potential blackmail.

It’s been a resounding success China ......what with empty suits like the Bidens looking to cash in.

I long suspected that the Jeffrey Epstein ordeal is the tip of the iceberg.

Trump is surrounded by enemies with different motives but one goal , stop him at all costs.

EXPLOSIVE: Biden Daughter’s Diary Details ‘Not Appropriate’ Showers With Daddy Joe as a Child: ‘Was I Molested? I Think So’
https://nationalfile.com/exclusive-source-biden-daughters-diary-details-not-appropriate-showers-with-joe-as-child/

17 posted on 10/25/2020 5:28:55 AM PDT by minnesota_bound (homeless guy. He just has more money....He the master will plant more cotton for the democrat party)
[ Post Reply | Private Reply | To 1 | View Replies]
To: RoosterRedux
However, the following three allegations, if true, are earth-shaking

Well, duh. How about the author gets back to us when she KNOWS whether they’re true or not?

I swear, some of the dumbest chit I’ve ever read online appears at “The American Thinker” 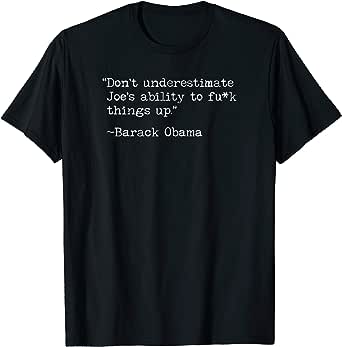