Senior advisers to Joe Biden reportedly cannot rule out that the former vice president and Democratic White House hopeful met with a top Ukrainian energy executive, despite carefully-worded rebuttals from his campaign.

Michael Carpenter and Amos Hochstein, who worked for Biden when he was vice president in 2015, told Politico that they couldn’t definitively state that their boss was never approached by Vadym Pozharskyi, an adviser to the board of Ukrainian energy company Burisma.

Biden’s campaign also could not say whether the meeting happened or not.

Emails obtained by The Post from a hard drive that allegedly once belonged to Hunter indicate that he was thanked by Pozharskyi for introducing him to his dad in April 2015 — while the elder Biden was vice president.

But But according to the Washington Compost..the whole thing is bogus, its the RUSSIANS LOL

They went from not in official schedule ... didn’t happen ... well maybe.

Next will be “define the word meeting.”

Then to ... Yes a meeting but it’s been debunked that it was improper and anyone that says otherwise is a conspiracy theorist.

So why bother keeping an appointment book if you’re gonna meet with ppl off the record then? Wonder what other shady ppl Biden has been colluding with...

The official White House logs show that George Soros and other corrupt Ukranian types met with Biden as guests of the VP at the White House on the day in question.

No one keeps records of illegal meetings. (well, maybe Hunter would). You need to keep up official appearances.

That’s code for “yeah, it happened”.

8 posted on 10/15/2020 5:06:59 PM PDT by The Antiyuppie (When small men cast long shadows, then it is very late in the day.)
[ Post Reply | Private Reply | To 2 | View Replies]
To: All
.....Amos Hochstein, who worked for Biden when he was vice president in 2015, told Politico.....
(he) couldn’t definitively state Biden was never approached by Vadym Pozharskyi,
an adviser to the board of Ukrainian energy company Burisma. 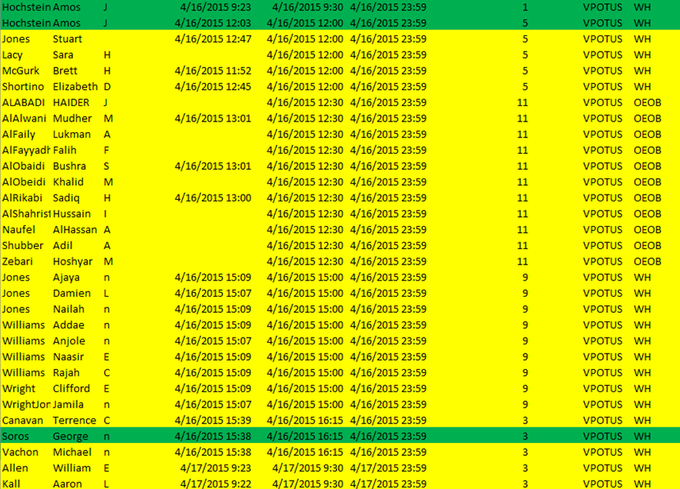 Biden denied meeting with the Burisma official who emailed personal thanks to Hunter for setting up the meeting...
Yet found on Biden's official VP schedule was a meeting at the Obama White House between VP Joe Biden
and the notorious George Soros and US Special Envoy and Coordinator of International Energy Affairs,
Amos Hochstein. Both are linked to Ukraine and energy policy. 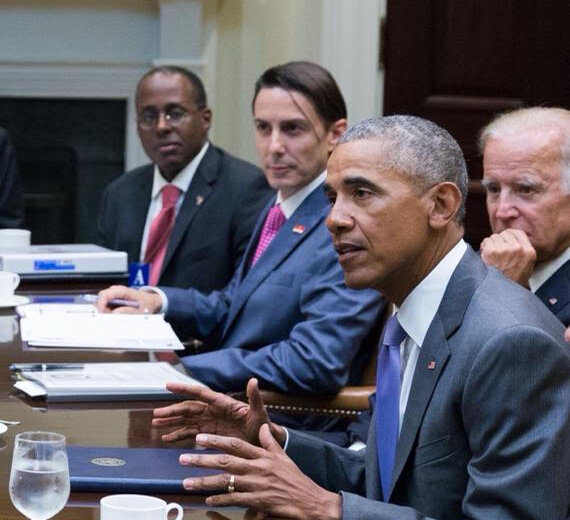 IE, cant lie that he didnt meet with them

***MICHAEL CARPENTER and Amos Hochstein, who worked for Biden when he was vice president in 2015, told Politico that they couldn’t definitively state that their boss was never approached by Vadym Pozharskyi...

CARPENTER should know. lots more at the link:

13 Oct: The GrayZone: DC’s Atlantic Council raked in funding from Hunter Biden’s corruption-stained employer while courting his VP father
The shady arrangement between the Atlantic Council and Burisma – the gas company at the center of the ‘Ukrainegate’ scandal – is just one dubious deal out of many at a DC think tank that has become a clearinghouse for legal corruption.
by Max Blumenthal
Throughout Biden’s tenure as the “point person” on Ukraine, one figure was constantly by his side: Michael Carpenter, a former Pentagon specialist on Eastern Europe who became a key advisor to Biden on the National Security Council. When Carpenter traveled with Biden to Ukraine in 2015, he helped provide the Vice President with talking points throughout his trip.

Once Trump was inaugurated, Carpenter followed fellow members of the Democratic foreign policy apparatus into the think tank world. He accepted a fellowship at the Atlantic Council, and assumed a position as senior director of newly founded Penn Biden Center for Diplomacy and Global Engagement, which provided office space to Biden when he was in Washington.

At the January 23, 2018 Council on Foreign Relations event where Biden made his now-notorious comments about threatening the Ukrainian government with the withdrawal of a one billion dollar loan if it did not fire Shokin – “well son of a bitch, he got fired!” Biden exclaimed – Carpenter was by his side, rattling off tough talking points about Russian interference...

In July 2018, for instance, (Carpenter) helped welcome Andriy Parubiy, the speaker of the Rada (the Ukrainian parliament), to a series of meetings on Capitol Hill.
Parubiy is the founder of the Social-National Party, which the Washington Post’s Eugene Robinson described as “openly neo-fascist.” In fact, Parubiy appeared in a Nazi-style uniform, packing a pistol beneath a Wolfsangel symbol on the cover of his Mein Kampf-style memoir, “A View From The Right.”

After the Senate meeting with Parubiy, I challenged Carpenter over bringing the far-right politician to Capitol Hill. “Andriy Parubiy is a conservative nationalist who is also a patriot who cares about his country,” Carpenter remarked to me. “I don’t think he has any neo-Nazi inclinations, nor background.” He went on to dismiss the basis of my question as “mostly Russian propaganda.”...

Asked by The Grayzone about Carpenter’s work for a think tank funded by Burisma while simultaneously involving himself in Biden’s political machine, Atlantic Council media relations deputy director Alex Kisling stated, “Council staff and fellows are free to participate in election activity as individuals and on their own time, provided they do so in a way that could not be seen as acting as a representative of the Council or implying Council endorsement of their activity or views. Michael’s affiliations and previous service are on our website. (He is not part of our full time staff).”

The Penn Biden Center did not respond to a question on whether it supported Carpenter’s work at the Burisma-backed Atlantic Council...

In an October 7 Washington Post op-ed denouncing Trump’s “smear campaign” against Biden, Carpenter insisted that Biden had gone to great lengths to remove the Ukrainian prosecutor, Shokin, for his failure to take action against Burisma. That evening, Carpenter took to Rachel Maddow’s show on MSNBC to reinforce the message that Biden moved against “corrupt players” in Ukraine, presumably referring to Burisma.

At no point did he mention that Burisma was funding the think tank that hosted him as a senior fellow...
https://thegrayzone.com/2019/10/13/dcs-atlantic-council-raked-in-funding-from-hunter-bidens-corruption-stained-employer-while-courting-his-vp-father/

“This has already been investigated..and the Senate has exonerated Joe Biden”

Heard this on the local “news” this morning...

It is gonna be great to see these mass media propaganda con artists go down hard.

This means that they’re not sure if there are pictures...

There are pictures. Here’s the old story.

I have a blurred picture but whoever posted it here earlier may have been banned. I won’t share something off limits.

But it’ll be out soon on the Chan’s for sure.

Chanel Rion of OAN reported on Twitter that she has seen additional materials contained on the alleged Hunter Biden hard drive.

The image posted on FR this morning was removed so I will not get banned reposting it. But it’ll circulate on 4chan soon for sure.

Rudy this morning talking about the photographs.