Michael Cohen, President Trump’s former personal attorney, said on Wednesday that he is working on a book documenting his experiences with the Justice Department just a month after the release of his first book, which painted a highly critical and inflammatory picture of the president.

“There’s so much more to the story that hasn’t been told, tangentially, related to Donald Trump,” Cohen told Politico in an interview on Wednesday. “It is fair and accurate to state that President Trump has weaponized the Department of Justice against those he deems to be a threat thus making it into the Department of Injustice.”

He explained that the book will detail discussions of the warrant for the raid of his office and hotel room, as well as his views of the officials who prosecuted him, the banks and other witnesses who worked with the Justice Department, the judges who worked on his case, the Christopher Steele dossier and how government officials handled Cohen’s case overall. 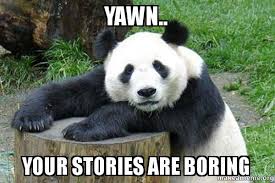 This fan art of Superman being attacked by the Powerpuff Girls is more interesting.

Definitely a high rank member of the New York Slimes class of shysters and zeroes.

He still won’t accept responsibility for his own tax fraud.

Is Chris Cuomo going to dictate the words to him?

Tell me somebody cares?