The campaign for Democratic presidential nominee Joe Biden admitted that it’s possible that Biden may have met with an executive for Burisma, a Ukrainian energy company, during his time as vice president when his son was a board member of the company.

The Biden campaign released a statement condemning reporting from the New York Post that revealed an email alleging that Biden’s son Hunter brokered a meeting between his father and Vadym Pozharskyi, an adviser to Burisma’s board. The campaign ruled out any official meetings between Pozharskyi and the former vice president, but could not say that the two never met.

When does Pop get COVID-19?

And when does Hunter overdose?

They could say Biden doesn’t remember it and not be lying. He can’t even remember which office he’s running for.

When do they find Hunter under a cannon in Ft Marcy Park ??

Oopsie. Looks like all those Fake News Mediums jumped the shark a little by claiming that this story “seemed” false.

This may be a fatal mistake. Gaslighting only works when there is total denial.

The greatest political scandal in U.S. history, and all the lamestream media can discuss is “ systemic racism “. 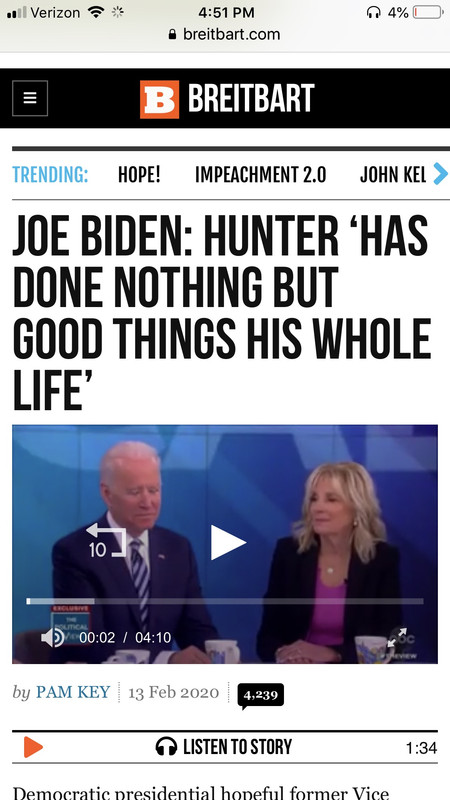 And the walls come tumblin’ down....

The campaign ruled out any official meetings between Pozharskyi and the former vice president, but could not say that the two never met.

I agree. Lie with a straight face. Lie confidently.
Never stop denying. Claim the story is discredited. Claim it’s time to move on.
I’m surprised at this admission since they’re such remorseless liars. Fail to follow the above rules and you’re dead. We can only hope

It is only a matter of time— because there is another verified email— Hunter bitching to someone that his dad was getting half of what he swindled to get. Dead silence may very well be... seriously dead. Harris cannot run on the ticket as a replacement-— people will want to retract their Biden vote— and support non-authentication by a State’s Sec. of State election certification.

How willing the LousyStreamPress is to run to Biden’s defense and yet it took three and a half years to tacitly admit that POTUS was betrayed by the “Intelligence” Community of the United States of America.

As far as Facebook and Twitter, I Thank God I have never gone to the sites nor joined either one of them.

They are the SS Troops that start out slow and overcome. 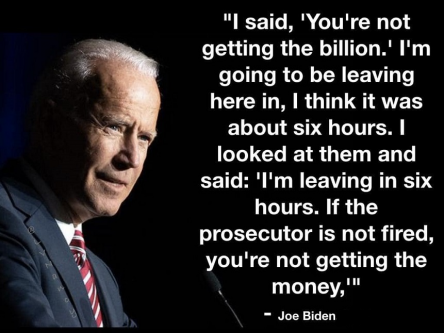 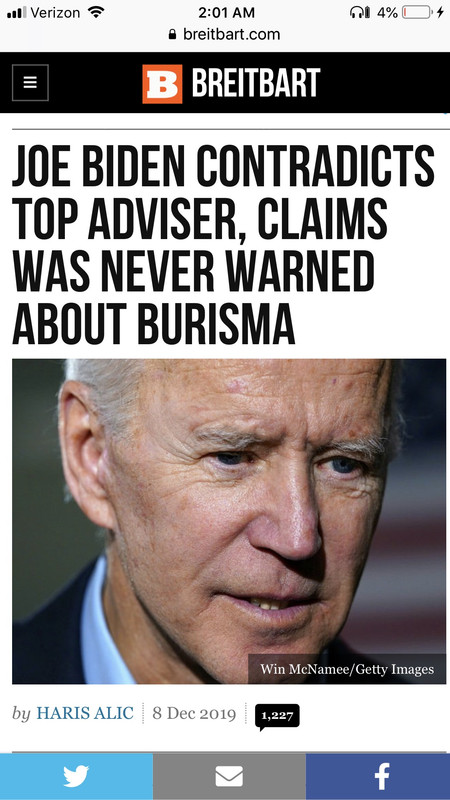 “Will they yank him?”

To late for that. They do that and it will be even worse than if he is simply left in his basement to never come out again.

The stupid GOP had better jump on this band wagon and be dam quick about it. We need both houses of congress as well as having Trump in the White House.

Trump REALLY gave it to them at his rally in Iowa this eve.

Knowing that there are pictures and videos and audio clips, and people that could rat him out, Biden has to admit that he did talk to people at Burisma. Next, he’s gonna have to admit assisting Hunter, using his influence as VP to get Hunter his cushy position at Burisma.