Democrats’ Socialist Lurch Will Hurt Them In Florida For Years To Come.
The Federalist ^ | October 5, 2020 | Tristan Justice

Florida's Hispanic voters are fleeing the Democratic Party and there's little indication that the trend might reverse post-2020.

MIAMI, Fla. — Democrats are on track to lose Florida in November, and there’s little indication that the Sunshine State will turn reliably bluefor the foreseeable future.

As of this writing, RealClearPolitics’ latest aggregate of Florida polls shows former Vice President Joe Biden leading President Donald Trump by about two points, well within the margin of error for most polls. This time four years ago, former Secretary of State Hillary Clinton was up by three points and still lost the state’s 29 critical Electoral College votes, helping land Trump in the White House.

Today, Biden is slipping in this key battleground state primarily among Hispanics, a once-crucial building block of the Democrat coalition that’s now trending toward the GOP. For the increasingly leftist party of Sens. Bernie Sanders, Elizabeth Warren, and Rep. Alexandria Ocasio-Cortez, this slippage in Florida represents a long-term problem. In Miami-Dade County, a Democratic stronghold, 70 percent of the population is Hispanic and Biden only leads Trump by 17 percent, according to another poll out last month from Bendixen & Amandi. Clinton carried the county by 30 percent four years ago.

Trump doesn’t need to win Miami-Dade to win the state, but an over-performance there could offset seniors disillusioned with the Trump administration’s handling of the coronavirus, which has disproportionately affected older Americans. Pandemics, however, are temporary. Electoral trends tend to be longer-lasting.

For many of Florida’s Hispanic voters, the Democratic Party’s enthusiastic embrace of radical socialist reforms recalls the oppressive socialist regimes they or family members fled to come to the United States. Democratic pledges of free health care, free college, and the radical expansion of the welfare state, together with draconian lockdowns in the name of public safety, have been met with well-founded skepticism among voters who have already lived through communist experiments in Latin America.

It’s an experience Trump and Republicans have successfully tapped into, routinely condemning the communist regimes of Latin America while suggesting the radical agenda of the Democratic Party will lead the United States down the same dark path. That message has resonated with South Florida voters increasingly anxious over a second-wave experience.

“Trump represents individual freedoms, property freedoms, constitutional freedoms,” said Adrian Castano, a 21-year-old insurance broker in Miami who saw first-hand the horrors of Fidel Castro’s regime while living in Cuba until the age of 12. “I grew up in a country where people are suppressed, people are thrown under the bus, people are thrown in jail because they believe in freedom.”

It’s not just Cuban-Americans who are fleeing the Democratic Party’s socialist platform. Democratic institutions have deteriorated badly elsewhere in Latin America for much of the last decade.

The collapse of Venezuela in particular has rippled throughout the entire region, re-traumatizing Latin Americans who come to South Florida and hear the same rhetoric from Democratic politicians they heard at home. All Hispanic voters whose families have witnessed the failures and brutalities of communism understand that no society is invincible to the dangerous ideological forces that have swept through Venezuela.

“We’ve seen it with Venezuela,” Castano said. “I don’t want that to happen here.”

The Democratic Party’s leftward lurch isn’t exclusive to its socialist embrace. Biden has illustrated himself as a vehicle for the 21st century woke revolution. The party’s obsession with identity politics with a tribalist appeal to African-Americans has only further eroded the Democrats’ standing with Florida’s Hispanic voters. It’s an obsession that won’t dissolve after election day.

The left-wing woketopians now running the Democratic Party are running on the logic that all minorities are operating against the white “cis” majority in a systemically racist society. These same radicals are simultaneously demanding Hispanic voters who may have been here a generation or two pay reparations for the 150-year extinct institution of slavery.

Hispanics in Floridaave shared a far different experience than the narrative portrayed by Black Lives Matter. Many Latin American immigrants came to the United States with nothing but have worked their way up to success, illustrating that the American dream is still very much alive.

Irena Vilarino is one of them. Her family made it to Florida from Cuba in 1980 when she was four years old and started selling fruit in West Palm Beach. Four years later, Vilarino’s family bought their first restaurant, and today, Vilarino now operates several Miami dining establishments with her siblings.

Vilarino, who ran an unsuccessful race for the Republican nomination in Florida’s 26th congressional district this year, said Democrats’ tone-deaf radicalism will not only pose problems for the party in the future, but “it’s going to have long-term consequences for the entire nation.”

“If the Democrats aren’t doing well,” Vilarino said, “they’re not going to let us be in peace. And we’ve seen that for three and a half years. And it gets progressively worse.”

Indeed, Democrats have been behind the obstruction of American norms and institutions ever since Trump’s triumphant 2016 victory, working to delegitimize the Republican presidency for the crime of winning the election. They’ve endlessly claimed Trump is a Russian agent. They’ve launched a six-month impeachment over a phone call. They’ve attacked the credibility of U.S. elections. And they’ve fed inspiration to their supporters to riot if Trump fulfills his constitutional obligation to fill the vacant Supreme Court seat left by Justice Ruth Bader Ginsburg.

The Democratic outreach to Hispanics, meanwhile, has extended to infantilization this core group of voters routinely taken for granted. That includes making promises to provide special governmental assistance while engaging in pointless progressivism that features imposing the term “Latinx” on people when only one in four Hispanics have even heard of the phrase. According to the Pew Research Center, only 3 percent of Hispanics even use it.

“I think it’s an absolute insult,” 28-year-old Anthuan Rubbio told me in the parking lot of a local brewery. “It’s ridiculous. It’s Latina, Latino, Latinas, Latinos. Like, that’s what it is.”

Democrats are losing the voters in Florida who kept the state in play in recent elections. If Trump loses Florida, it will be from a temporary drop in support from the state’s seniors almost certain to bounce back next contest post-pandemic. The trend in Hispanic voting, however, will continue for as long as Democrats agitate for a left-wing revolution.

It irritates me that so many people cite RCP. Its trash data.

I don’t know nuthin’ ‘bout the data, but all those Cuban ex-pats didn’t take that perilous boat ride just to live under another Marxist regime.

Frankly, I know almost NOTHING about FL politics BUT here in Texas which has about the same percentage of Latino citizens/voters as Florida has, the DIMocRATS hatefulness toward the ROMAN CATHOLIC CHURCH, the DP’s support of ABORTION ON DEMAND & antipathy to “traditional morality” has cost the MORON LEFT this State’s Latino vote for a GENERATION or more.
(My mechanic’s 68YO mother has NEVER voted for anyone but a Democrat in her adult life BUT in 2020, Maria Louisa told me Monday of last week that the “Democrats have lost my vote forever, unless they change their ANTI-Catholic positions.”) 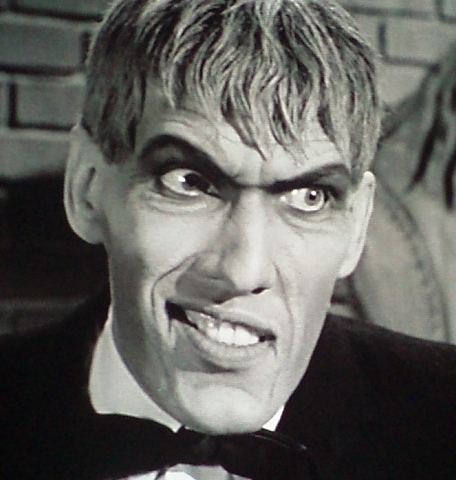