Gayle King of CBS News found herself in the social media crosshairs after questioning House Speaker Nancy Pelosi’s use of the word “henchmen” to describe the president’s associates in an interview.

The television journalist’s name was trending on Twitter early Saturday as folks slammed King, who called out Pelosi’s language as “egregious” and questioned whether the California Democrat’s words were “just as insulting as what [the president’s] saying about you.”

“Dear Gayle King, Trump cronies are henchmen. They are prepared to engage in crime, dishonesty, violence, and debauchery to defend the pathological lying, racist, wannabe dictator in the White House. Where the hell have you been for the last 3 1/2 years?” tweeted BLM activist Talbert Swan. King began by asking Pelosi about if Democratic presidential nominee Joe Biden should meet Trump next week since Pelosi has questioned whether there should even be a debate, the Hill reported. “Tuesday is a big debate,” King said to Pelosi. “Tuesday, the debate between the two of them. You earlier suggested that you didn’t think Biden should debate. Do you still feel that way?”

“But Speaker Pelosi, here’s the problem. Your language, to some, is just as egregious as what they’re saying, by calling the president’s people ‘henchmen,'” King said.

“Well, I don’t care what he says about me,” Pelosi said. “Every knock from him is a boost for me. If he wants to help me raise money, he can keep knocking me.” 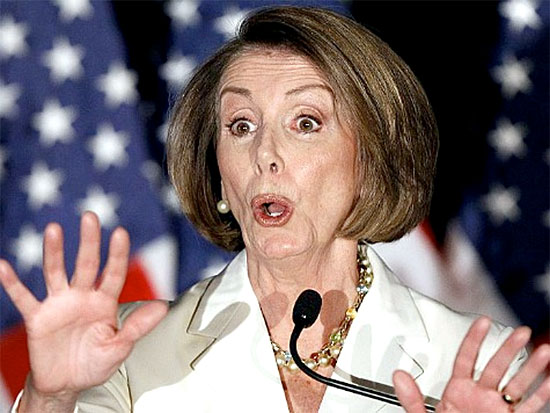 The godless, vile, demonic Botoxian projects waaayyyy too much...and it knows it. It has nothing, NOTHING.

Something wrong with an 80 year old gal and no grey in her hair.

Sounds like old TALBERT is talking about Democrat governors and the wannabe queen herdself - Pelosi.

engage in crime, dishonesty, violence, and debauchery. funny how the shoe fits

Oh, thanks for posting this pic. I fear it’s going to be the stuff of nightmares!

Well she dyes her hair. We all know that.

Perhaps gayle king has actually read the constitution and has found the left is loony.

I remember Gayle King from WFSB-TV in Hartford, CT (CBS affiliate). Back in those days I never detected any craziness in her.

I doubt she’s a Republican. She might just think that Mrs. Pelosi is being an idiot.

She looks like she was in the shower and a snake got her from behind.

Your father was a mafioso. Talk about the pot calling the kettle black!

She’s a skull with pancake makeup, Sharpie eyebrows and a cheap wig. The Grim Reaper and Satan are calling for you, Nanzi!