"There is no... sound reason for the United States to continue sacrificing precious lives and treasure in a conflict not directly connected to our safety or other vital national interests."

So said William Ruger about Afghanistan, our longest war.

What makes this statement significant is that President Donald Trump has ordered a drawdown by mid-October of half of the 8,600 troops still in the country. And Ruger was just named U.S. ambassador to Kabul.

The selection of Ruger to oversee the U.S. withdrawal came as Gen. Frank McKenzie of Central Command announced plans to cut the U.S. troop presence in Iraq from 5,200 to 3,000 by the end of September.

Is America, at long last, really coming home from the forever wars?

A foreign policy analyst at the libertarian Charles Koch Institute and a Naval officer decorated for his service in Afghanistan, Ruger has long championed a noninterventionist foreign policy.

His nomination tends to confirm that, should Trump win a second term, his often-declared goal of extracting America from the forever wars of the Middle East, unachieved in his first term, would become a priority.

Yet, we have been here before, bringing our troops home from Iraq and Afghanistan, only to send thousands back when our enemies seemed to be gaining the upper hand at the expense of the allies we left behind.

Still, this time, Trump's withdrawals look to be irreversible. And with the U.S. deal with the Taliban producing peace negotiations between the Kabul government and the Taliban, America seems to be saying to both sides of this endless civil war:

The destiny of Afghanistan is yours. The choice of war or peace is up to you. If talks collapse and a fight to the finish ensues, we Americans are not coming back, even to prevent a Taliban victory.

Speaking in Winston-Salem, North Carolina, Trump made a remarkable declaration:

"We don't have to be in the Middle East, other than we want to protect Israel. ... There was a time we needed desperately oil, we don't need that anymore." If Trump means what he says, U.S. forces will be out of Syria, Iraq and Afghanistan early in his second term.

But how to explain the continued presence of tens of thousands of U.S. troops in Kuwait, Bahrain, Jordan, Djibouti, Saudi Arabia, Oman and Diego Garcia?

Another indication of where a Trump second term is pointing is the naming of retired Col. Douglas Macgregor as ambassador to Germany.

The winner of a Bronze Star for valor in the 1991 Gulf War, Macgregor speaks German and is steeped in that country's history. He has been highly visible on cable TV, calling for the transfer to our allies of the primary responsibility for their own defenses, and elevating the security of America's Southern border to a far higher national imperative.

In 2019, Macgregor was quoted: "The only solution is martial law on the border, putting the United States Army in charge of it and closing it off would take about 30, 40,000 troops. We're talking about the regular army. You need robust rules of engagement. That means that you can shoot people as required if your life is in danger."

That Macgregor's priorities may be Trump's also became evident with the president's announcement this summer of the withdrawal of 12,000 of the 35,000 U.S. troops stationed in Germany.

Yet, at the same time, there is seemingly contradictory evidence to the notion that Donald Trump wants our troops home. Currently, some 2,800 U.S., British, and French troops are conducting "Noble Partner" exercises with Georgian troops in that country in the Caucasus bordering Russia.

In Trump's first term, his commitment to extricate America from the forever wars went unrealized, due in part to the resistance of hawks Trump himself appointed to carry out his foreign policy agenda.

Clearly, with the cuts in troops in Germany, Iraq and Afghanistan, and the appointments of Ruger and Macgregor, Trump has signaled a new resolve to reconfigure U.S. foreign policy in an "America First" direction, if he wins a second term. Will he follow through?

Since the end of the Cold War, the U.S. has been in an extended argument with itself over America's role, America's mission in the world.

But what will Trump's foreign policy legacy be, should he win?

Joe Biden has signaled where he is headed -- straight back to Barack Obama:

Trump came to office pledging to establish a new relationship with the Kremlin of President Vladimir Putin.

Is that still his goal, or have the Beltway Russo-phobes prevailed?

we will always be at war with east oceana

Wars and rumors of wars.

We’ll always be at war with Islam. It began with the Barbary Pirates, then there was an intermission, and began again with the Iranian hostage crisis, and has been continuing Intermittently ever since.

Islam and the Constitutuion are diametrically opposed.

I thought we were at war with Eurasia?...

Anyhow, your chocolate ration has been increased to 25 grams.

Nope, we’ve just brought them to our own soil.

we will always be at war with east oceana

We’d better win the war against ourselves before we go picking fights elsewhere.

8 posted on 09/15/2020 5:45:18 AM PDT by Bishop_Malachi (Liberal Socialism - A philosophy which advocates spreading a low standard of living equally.)
[ Post Reply | Private Reply | To 2 | View Replies]
To: EvilCapitalist

Of course Trump gets no credit for this. Instead, they continue calling him a nazi. Remember the doomsday clock being moved ahead because of Trump? Insanity is getting an obviously false idea into one’s head, and refusing to let go of it. 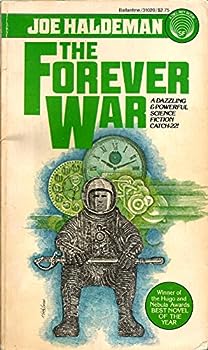 They are ending for us. For now. I think the US will return to a type of gunboat diplomacy except in the 21st century it will be called drone diplomacy.

Not hardly. Trump is merely keeping the deep-state at bay, for the time being.

An increase from 50 grams to 25 grams? big Brother is generous indeed!
Thank you Big Brother!!!

Bring the troops home.
nothing in the Middle East or Afghanistan is worth a single taxpayer dollar or a single American life.

Minitrue approves of your post.
You needn’t report to Room 101...yet.