Ezekiel Hopkins, 34, faces charges of murder and aggravated assault Hopkins is accused of bludgeoning to death John Savey, 61, and injuring his wife, Lisa, and also killing their 30-year-old son, James Police in Florida say the couple confronted Hopkins as he was trying to steal their car

Hopkins was hospitalized after possibly ingesting bleach before police arrived

Court records in Orange County indicate that Hopkins has a prior history of arrests on felony charges dating back to at least 2009.

He was previously convicted of violating a protection order, resisting an officer and tampering with evidence.

In 2012, Hopkins was acquitted of battery and aggravated stalking.

According to his LinkedIn page, John Savey had served as managing partner at Longview Outdoor Advertising Company for the past 20 years. A man has been accused of beating to death a Florida homeowner and his adult son with a baseball bat while trying to steal a car.

Officers were summoned to a home in the 2900 block of Sunbittern Court in Windemere on Thursday night after getting a 911 call from the slain homeowner's 10-year-old grandson reporting a violent burglary in progress.

A dispatcher instructed the child to hide in a bathroom until police arrived. The boy was unharmed.

The suspect, identified as Ezekiel Hopkins, 34, was found inside another bathroom in the victim's home.

a vehicle at around 11pm when he was confronted by the owners, John and Lisa Savey, both aged 61, reported WFTV.

Police said the intruder bludgeoned John to death with a baseball bat, then chased his wife into the house and attacked her as well, inflicting serious injuries.

only even have the story reported by foreign media

I wonder if there was a firearm in the house. Sounds as though the wife might have had a chance if there was.

There’s going to be a whole lot of new victims in the coming months. Many states are releasing huge numbers of prisoners right now. It will be a crime wave.

Time to bring back 3 strikes and your out, life sentence for 3rs conviction of crimes of violence. 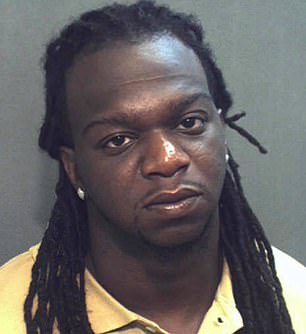 If only we had invested more in midnight basketball.

How long before reporting crimes like this is considered racist?

The article shows no photos of the victims. Gee, I wonder why?

Yeah...Midnight basketball..Dems have all the answers as to taking care of “blacks”....

The two victims that are dead are dead because of tight gun laws in that jurisdiction I’m guessing.

Somebody is stealing your car? Pistol out, call police, and chase him off property. If at any point he turns to attack, you shoot to stop his attack till he hits the ground.

Then call your lawyer.

And undoubtedly, BLM/ANTIFA/DNC/ACLU/SPLC will be demanding that this animal be prosecuted for a hate crime real soon!

> There’s going to be a whole lot of new victims in the coming months. Many states are releasing huge numbers of prisoners right now. It will be a crime wave. <

And then there’s also the all-whites-are-bad angle. That has whipped up a frenzy among people who would otherwise be calm and rational.

I saw a surveillance video the other day of a white guy who went to a store and bought some groceries. He left with a bag in each hand. As he was walking back to his car, a group of black kids jumped him. They didn’t take anything. They just beat him up, then walked away.

None of this is being denounced by the left. So we will see more of it.

“The article shows no photos of the victims. Gee, I wonder why?”

Maybe because to the media, White Lives (don’t) Matter.

16 posted on 08/02/2020 12:01:01 PM PDT by Quality_Not_Quantity (This space vacant until further notice in compliance with social distancing 'guidelines')
[ Post Reply | Private Reply | To 10 | View Replies]
To: cabbieguy
Death sentence for everyone committed of these crimes.

If the perp is totally factually the perp...Sentence them to death...within 3 months.

They are being emboldened to think they are entitled to take everything and anything - including your life.

Did this occur in Orange County, where Val Demings was sheriff and her husband is County Manager?

Looks like the fools who run the prison system didn't factor in things like 'pandemics'... Can we assume they'd let out a few million more criminals if we have a cyber attack?

Maybe a little planning is in order...