LEMON: He is right about that, too. But in my estimation, he doesn’t go far enough. Because black people, if you really want to fix the problem, here’s just five things that you should think about doing. Here’s number five, and if this doesn’t apply to you, if you’re not doing this, then it doesn’t apply to you, I’m not talking to you.

Here’s number five. Pull up your pants. Some people, a lot of them black, gave me flak for saying that recently on “The Wendy Williams Show.”

LEMON: If you’re sagging, I mean — I think it’s your self-esteem that is sagging and who you are as a person it’s sagging. Young people need to be taught respect and there are rules.

LEMON: Sagging pants, whether Justin Bieber or No-name Derek around the way, walking around with your ass and your underwear showing is not OK. In fact, it comes from prison when they take away belts from the prisoners so that they can’t make a weapon. And then it evolved into which role a prisoner would have during male-on-male prison sex. The one with the really low pants is the submissive one. You get my point?

JAY-Z, RAPPER: For our generation what we did was we took the word and we took the power out of that word.

CHRIS ROCK, COMEDIAN/ACTOR: We took this word, and we made it into poetry.

LEMON: I understand poetic license, but consider this: I hosted a special on the n-word, suggesting that black people stop using it and that entertainers stop deluding yourselves or themselves and others that you’re somehow taking the word back.

What in the #$^* are you talking about? Clickbait? Real Clear Politics is clickbait? Your post is bizarre. Get a freakin’ grip!

Well, everything was fine back in 2013, and then, 2016 happened and Trump got into the White House, and Lemon became bitter and sour.

Now, blacks don’t commit crimes and when they do, it’s because of whitey and Trump.

4 posted on 07/08/2020 8:01:04 PM PDT by adorno
[ Post Reply | Private Reply | To 2 | View Replies ]
To: Larry Lucido
That was a long time ago. Before social media, before the internet, before disco, before color TV, before the jet engines. It was a completely different world.

Wait. That was just 7 years ago. 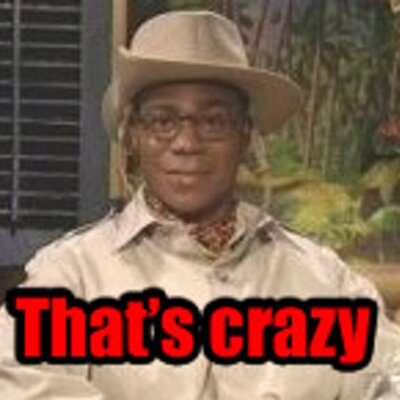