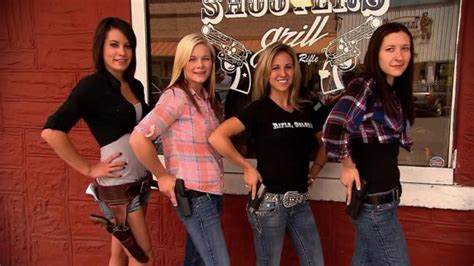 Watching an interview with her... she was upset current rep caucused too much with dems, she specifically mentioned his amnesty stance.

NOPE. She defeated Tipton by attacking his support for illegal alien amnesty. It was her #1 issue.

HERE is her ad. Tipton ran NONE! NO ONE expected this loss.

Incorrect sir. I have been there. It is all American. Lovely and polite ladies with a gun on their hips. They were most polite to pose for a photo with me with such. I loved it. It is the safest restaurant in Colorado. Many patrons as I were armed. Oddly the atmosphere was just like a friendly local restaurant. I loved it.

Prices were most reasonable and they make a hell of a hamburger etc. I was traveling with my friend from England.
He did not really understand it all. Silly boy he is.

Go back to your basement