If NBCs Peter Alexander Did Nothing Wrong, Why Are the Media Lying About It?
Breitbart ^ | March 21,2020 | JOHN NOLTE

Alexander’s argument (it was not a question) was asked and answered, and still Alexander persisted in grandstanding and nearly heckling the president with the implication the American people should be afraid, that the president was spreading false hope, and that the country would be better off feeling anxious because that would mean Trump will not be reelected.

The reason the media and their Never Trump lackeys are covering up the truth is because they know The Truth exposes Alexander as the godless, left-wing hack he is.

The reason the media and their Never Trump lackeys are covering up the truth is because they are more interested in damaging Trump politically, even if it means spreading fear, than they are in telling the truth.

The real reason the media exploded with so much hostility on Friday is a number of just-released polls that show a majority of the public approve of the job the president is doing in responding to the Chinese virus.

Does anyone doubt these polls showing Americans rallying around their president not only demoralized every one of these useless media-babies, but that they were dumbfounded and enraged by the results?

The media all exist in a cult, and the cult was 100 percent certain the legion of lies they had spread about Trump’s handling of the crisis would finally mark the end of President Hitler.

The one result that probably set these clowns off more than any other is a Harris poll that shows 61 percent of Americans find the White House and president trustworthy.

That’s a full 16 points lower than the 45 percent who say they trust the media.

Let’s see how that “45 percent” looks in a few months. You can only fool that many people for so long.

Bluecheck Twitter is the worst. They are all experts on the Pandemic now. Amazing.

Well I am really interested in Quid Pro’s daily shadow briefings where Jill reminds him that he is at home in his living room talking about government pandemic policies.

If this thing can be turned around in the next 3 weeks and businesses re-open by 4/15, Trump will win all 50 states.

This whole kerfuffle is over what Trump would say, not what he did say. He would say Alexander is a terrible reporter, but that’s subjunctive. He didn’t actually say it.

Alexander needs to be punished and run out of town on a rail...

6 posted on 03/21/2020 7:21:33 PM PDT by richardtavor
[ Post Reply | Private Reply | To 5 | View Replies]
To: Hojczyk
61 percent of Americans find the White House and president trustworthy.
That’s a full 16 points lowerHIGHER (needed fixing) than the 45 percent who say they trust the media.

The chutzpah of the Fake News Media is off the charts. No such heckling when Gropin’ Joe Biden says he’ll cure cancer if he’s elected President.

The occupation media is circling their burning wagons.

Trump did say Peter was a terrible reporter. I saw the exchange.

Do you know when that’s supposed to commence? I can’t wait!

Alexander asked, “What would you say?”Trump answered, “I would say...” It a subjunctive, which is different than just coming out and saying “You are a terrible reporter.”

He was doing what I call sniping at the President. I was yelling at the tv before Trump went off on him. The guy was being totally disrespectful and rude. I don’t know why they think Trump is not going to push back at them.

Alexander planned the entire attack speech that went on and on, ending with the very brief “what would you say to people who are scared?” He knew that the propaganda media would play only those few words and then Trump’s answer, omitting the snarky set up. I despise the dishonest media.

Then his reaction, poising on the edge of his seat and clutching his chest as if he’d been wounded, looking to his MSM partners in crime for some indignation.

I’m frankly surprised he didn’t bring fake blood and fall to the floor.

Dems were all about “hope” under the previous administration. Well, that and “change.”

The whole 8 years Obama was President, the media confronted Obama twice, at the most. None were as disrespectful as Alexander.

Once there is no more frost, the number of new cases should decline increasingly so the closer to summer we get. This is because of humidity in the air. From there on out we will have a coronavirus season in conjunction to the flu season.

- The one result that probably set these clowns off more than any other is a Harris poll that shows 61 percent of Americans find the White House and president trustworthy.
That’s a full 16 points LOWER than the 45 percent who say they trust the media. - 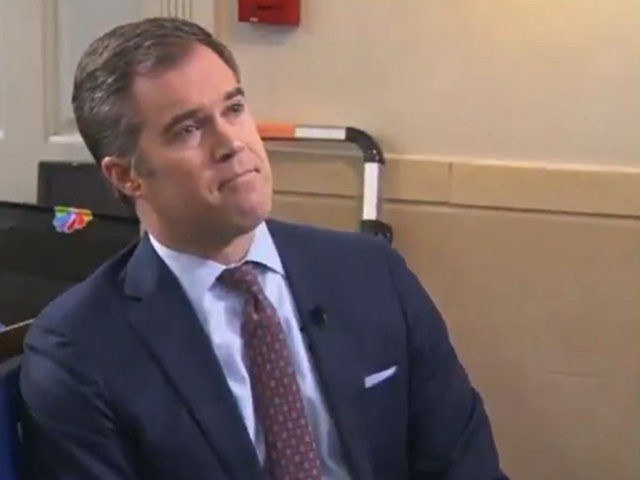