“The E.U. has been a very positive actor in the development of gender equality policies in the U.K.” — Roberta Guerrina, a professor and researcher at Bristol University

TOPICS: Extended News; Foreign Affairs; News/Current Events; United Kingdom
KEYWORDS: brexit; women Navigation: use the links below to view more comments.
first 1-20, 21-38 next last
I couldn't get access to more of the article, but I figured Freepers would appreciate the headline. (Can anyone tell me why children and/or minorities were left out?)


I thought women would be safer now that Dominique Strauss-Kahn and Roman Polanski no longer has access to them?)

Well, I’m an expert, and I disagree. Bureaucrats and deep-staters will be hit hardest, by far.

3 posted on 01/18/2020 3:59:36 PM PST by Migraine
[ Post Reply | Private Reply | To 1 | View Replies]
To: nickcarraway
Women, children, and minorities hit hardest? But of course. They have been beating that drum forever. However that tune has grown old. They've gone to that well once too often. 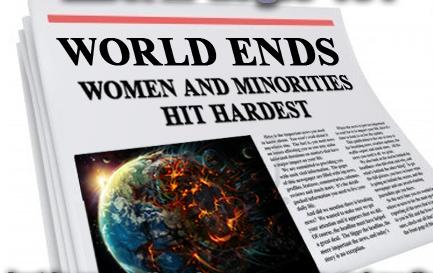 Here we go, the never ending liberal excuse “women and children” first to be effected!

And children! Don’t forget the children!

The jokes just write themselves...NYT is a joke.

All the lies and scare tactics failed. On to ‘women and children hit hardest.’

This implies women are weak. Where is the feminist outcry?

The former IMF chief and a controversial figure in French politics, Strauss-Kahn (DSK), considers himself a Brexiteer.

This is what he told the newspaper Journal de Dimanche at the 12th World Policy Conference in Marrakesh, which took place on Saturday (12 October).

During the conference, Strauss-Kahn spoke highly of the UK’s withdrawal agreement with the EU, widely known as Brexit. He found it “very good that the English are going their way”.

“Much of the difficulty of building Europe over the past forty years is linked to our British friends,” he said.

The Brits “never wanted to play the game,” he added.

What he wants is not the end of the EU as he wants it, but rather the strengthening of its political integration. The IMF’s former managing director is more concerned about Europe’s place in the world.

And according to him, the continent is getting weaker and weaker.

“The great idea behind Europe, when it was established, was precisely to become, through its union, one of the players in this multipolar world,” he said.

“What I see today makes me a little desperate, especially as I have devoted a large part of my life to this work. I fear that Europe today is moving into the second division,” he added.

Funny they didn’t have an issue voting to approve it. 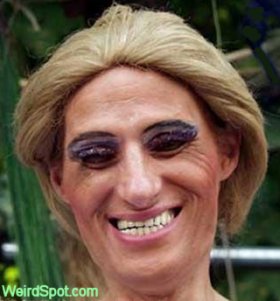