Christianity Today, Where Were You Under Obama?
Townhall.com ^ | December 24, 2019 | Larry Provost

Christianity Today officially jumped the shark when they called for the impeachment of President Trump.  Why were they not advocating for the same thing during the Obama years?

When I voted for Donald Trump, my vote was not for a Sunday School Teacher but rather for the person who would keep my wife, family, and nation safe.  We had a Sunday School teacher named Jimmy Carter as President and yet were much better off as a nation under Ronald Reagan, a divorced man (albeit an evangelical Christian himself).  Would I like a Sunday School teacher?  Absolutely but as president, I want a competent professional with the gifts that God has given him or her.  The same goes for a doctor or auto mechanic or more than one military professionals who are known for, ahem, having some rather strong ways of saying things.

In 2016, my vote was also for someone who would protect the unborn and put our nation first against the unchecked globalization that many, including non-Christians, dread. Like every other major candidate for the past thirty years, Trump also said he would recognize the eternal city of Jerusalem as Israel’s capital. Unlike the rest of the candidates, who lied on this highly important religious question, Trump did it.

In regards to the Ukraine question that Mark Galli, the soon to be retiring editor of Christianity Today brought up, it is worth remembering something Ben Stein said recently, namely, “He (Trump) has a right to know if there is some funny business going on (in Ukraine).”

There certainly was something funny going on with Hunter Biden, he who received an age waiver, ahead of many qualified candidates, to direct commission as an officer in the Navy Reserve while his father was Vice President of the United States.  I am sure there was no pressure felt by decision-makers there. Needless to say, Hunter served a month in the Navy before popping hot for cocaine usage.  This same Hunter Biden later showed up in Ukraine, wholly unqualified to sit on the board but let’s not worry about that.  If Christianity Todaywanted to do some real investigative journalism they could have looked at this or the pressure Joe Biden put on prosecutors in Ukraine. Instead, Christianity Todayworries about Donald Trump.  Good grief.

There is much more ammunition that Christianity Today had at its disposal during the Obama years to call for impeachment.

Christianity Today, why did you not call for the impeachment of Eric Holder, he of the infamous Fast and Furious program, who was found under contempt of Congress?

Christianity Today, why did you not see Barack Obama was an enemy of evangelicals through his pastor Jeremiah Wright?  Even if Obama claims he didn’t hear the Wright sermons, everyone knows that even in church it is painfully hard to keep secrets.  Obama undoubtedly knew what his pastor was saying in swearing from the pulpit, with anti-American rhetoric, after the September 11, 2001, terrorist attacks.

Christianity Today, why did you not call for the Obama impeachment when he went around the world apologizing for America while American missionaries were locked in prison overseas, putting them in further danger?

Christianity Today, where were you when Barack Obama violated explicit law and transferred five detainees in Guantanamo Bay for a traitor, Bowe Bergdahl, whose disappearance led to the death of American service members who went looking for him while the detainees could go on and kill righteous American soldiers?

Christianity Today, where were you when the Obama led democrats did not care about protecting kids from transgender abuse (i.e. choosing your personal pronouns in early grade school or allowing someone of the opposite sex to use the same bathroom as your child). Instead, you see leftism and conservatism as strips of the same cloth.  They are not.

Christianity Today, where were you when the New Black Panther Party provided real election interference, through election intimidation (one of its members stood at a polling place with a billy club), in 2008 and the Obama-Holder Justice Department dismissed the charges?  You accuse Donald Trump of the same thing but here you were nowhere to be found in calling for Obama’s dismissal.

Christianity Today, where were you when Vice President Joe Biden told a predominately black audience that the Republican Party would “Put y’all back in chains” which was a racist lie.

Christianity Today, where were you when the IRS was targeting organizations based on their political belief and the Obama-Holder Justice Department did nothing about it?

Christianity Today, where were you in calling for impeachment when the democrats, then and now, called for partial-birth and late-term abortion, allowing the murder of an unborn child right up until birth?   Now the left has even called for post-birth abortion, whatever that is.

Christianity Today, where were you when Obama mocked Americans saying they “They get bitter, they cling to guns or religion?”  These are only the Second and First Amendments of the Constitution, rights that our Founders said come from God and not the government.

Christianity Today could instead be focusing on those democrats who are actively calling for the abolition of the tax-exempt status of churches and Christian institutions of learning for taking Bible-based stands on sexuality and other Scriptural issues.  That day is coming.  Instead, Christianity Todayfocuses its’ attacks on the President who has been most friendly to Christians at home and abroad, Donald J. Trump.

For years, decades even, the voters of this nation said in pubs, factories, and even boardrooms that we wanted someone who spoke his mind as President, someone who sounded like the people we worked with, even if we disagreed with them.  Now that we have such a man, we are surprised about his tone?

Christianity Today is making perfection the enemy of the good. All have sinned and fall short of the glory of God whether it be me, Donald Trump, or anyone else.  Putting it another way, someone once asked me “So you agree with Donald Trump?”  I said, politely, that the question was dishonest as it demanded perfection of the part of Donald Trump and myself.  Trump is not perfect, but the leftist democrats are not deserving of any vote from me as a Christian.

Instead of involving us in endless wars in the Middle East, Donald Trump has played the role of peacemaker.  Trump has helped set captives free, from those who would be aborted in the womb, those hamstrung by government regulation and power, and those who are in military prisons and given politically correct sentences.  While keeping us out of never-ending Middle East conflict he made a stand, and action, that Presidents promised for decades but did not have the guts to follow up on; recognizing Jerusalem as the capital of Israel and moving our embassy there.

My faith does not come from Donald Trump, but from Jesus Christ.  Jesus is my King and my allegiance is to him alone and not any man. Nothing is more important than where an individual spends eternity and their salvation. We should pray for every President, as the Bible clearly shows any leader and cross a line and fall. I do not like everything he says and pray for him in that area of his life.  My spouse does not agree with everything I say either but I am grateful for her and I am personally very thankful that the Lord allowed Donald Trump to be my President. I shudder to think of the leftist Presidents that the democrats will try to give us in years ahead.

Instead of regurgitating George Soros style leftist talking points, that are increasingly targeted at the church, Christianity Today should see that Donald Trump is a friend to Christians. If I am ever in jail/fined/dismissed for my belief in Jesus Christ, which is an increasing possibility with more leftists elected to office, the one fallible human I want backing me, after my family, is Donald J. Trump.

*Views in this article are those of the author.

Any subscribers out there to Christianity Today . . . you may want to rethink your subscription.

Christianity Today made Soros their king...

Dennis Prager: Why did you say that Donald Trump was not fit to be president? While Mr. Trump has never seriously really held out that he had good moral character, you have. And you said good moral character was necessary a person to sit in the oval office as the leader of the free world. If a man is unfit to be president.....well take it from there.

Already did . . . Considering the CT Magazine's contempt for our beloved President Trump, remove me immediately from any more issues sent to my house. My address is as follows: &$*(&*$&(&$(_$_$&&* I mean this sincerely. You and your magazine as far as I'm concerned are disgusting, and I will put any further issues in the garbage if I find them in my mail box. And if I continue to get copies sent to me, I will consider your organization as intimidating and harassing me. Get me off your list.

Christianity Today has been co-opted and is now under the influence of some very dark sources. One need look no further than to some of of the same influences working to undermine the political processes and economic policies of this country today, and in many other parts of the world as well.

It is well known that the Devil may quote Scripture, using the words, but giving almost reverse meaning in the delivery. Legal but not moral.

8 posted on 12/24/2019 9:33:39 AM PST by alloysteel (Very willful ignorance and pretense at moral authority are both roadblocks to honest dialogue.)
[ Post Reply | Private Reply | To 1 | View Replies]
To: alloysteel

Christianity Today has been co-opted and is now under the influence of some very dark sources. One need look no further than to some of of the same influences working to undermine the political processes and economic policies of this country today, and in many other parts of the world as well.

It is well known that the Devil may quote Scripture, using the words, but giving almost reverse meaning in the delivery. Legal but not moral.
^ ^ ^ ^ ^
Very well said. I suppose CT is trying to appeal primarily to non-believers nowadays.
A subscription would be the perfect Christmas gift for my liberal atheist family members./ Sarcasm .... as if there could be any doubt? 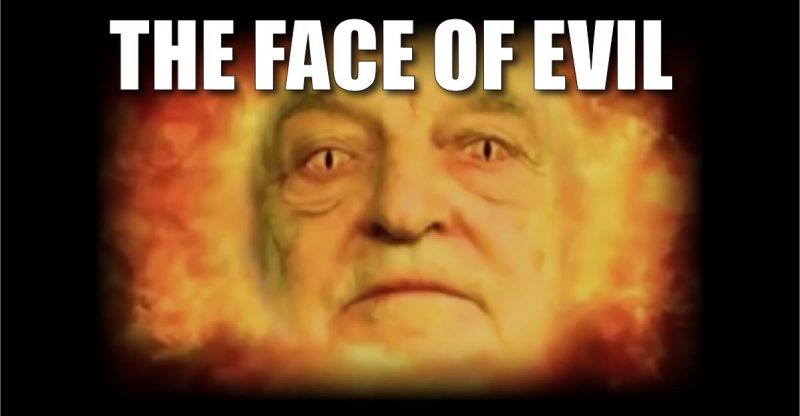 I have a bad feeling this will cause some whishy washy CT readers and those who hear the relentless MSM gloating over the editorial to be influenced. They can use CT for cover.
That editor’s action was evil for that reason

To those who say that Trump is not very Christian, I say that Cyrus the Great wasn’t very Jewish, yet he did great things for them. Freed them from captivity in his kingdom and provided funds for the rebuilding of the Temple in Jerusalem.

Donald Trump is our Cyrus the Great.

...but, he says, who is better at placing JUDGES which respect conservative values - in other words, it’s a no-brainer, and we vote for the COUNTRY, not the man.

I use to pick it up from the local library, and stopped 5 years ago when it was apparent pushing a left wing agenda and insulting other Christians was their mandate. Why do liberal Christians thinks it OK to bash their fellow Christians for their view point?

They are very close to the type of stuff Sojourners published. Social justice, Marxist crap.

Dennis Prager. Can you change your tune.