And this was the guy who far exceeded his executive authority by dismissing the case against Hillary Clinton. He should be in Jail for a long time.

James Comey is a Pathological Liar

Well after all he is a radical democrat and that is part of any democrats DNA isn’t it?

Trump was awesome last night with regard to Comey!

If it is pathological, then he can’t really help himself, thus eligible for a sentence reduction. Would be better to drop the adjective.

People like him, McCabe, Brennan, and Clapper should have shut up years ago, but they kept doubling down and doubling down, increasing their legal liability. I hope they get the harshest punishment that can be applied for sedition or treason under the law.

Because I believe they are guilty of one of those two things.

I have NEVER seen such lying and lying as has been going on in this impeachment and before... man, it’s bad....

That side of democrats and those who defend the democrats..

‘He that saith, I know him, and keepeth not his commandments, is a liar’, and the truth is not in him. that one goes for pelosi who said she prays for Trump and says she is a devout catholic... and the rest of them are equally as bad!!

Yet we know Comey will never go to prison. And we won’t riot in the streets over it.
We are acclimated to corruption.

Why isn't Comey being held in contempt of court by the FISC, and why isn't he being prosecuted for making false statements under oath? 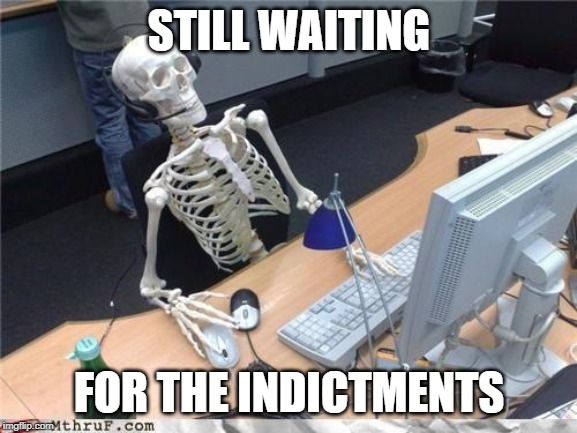 That extra adjective will not change any sentencing if he’s arrested. But, it certainly describes him- so I say let it stand. He’s pathological.

AND.... didn’t Obama TEAR DOWN the WALLS OF SILENCE, that Anne Gorsuch built between the various federal agencies, just prior to the election ?

Disagree. According to health line, a pathological liar seems to lie for no apparent reason. He has reasons...his freedom from jail and his support of the liberal/socialist party.

No question about it, he is a very sick and dangerous puppy who must never be put in a position of authority again.

I endorse your concept 2.
Comey is a sharp lawyer, who exploits language to commit crimes, evade responsibility, and confound truth-seekers. His recent acceptance of responsibility for the FBI’s “sloppy work” on the Page FISA application is a perfect example. He dumbs down criminal activity as if it were accidental, knowing that sloppiness is not a crime. Shouldering blame for someone else’s incompetence is an empty pretense to virtue that trivializes both virtue and the criminal activity he knowingly presided over.

Characterizing his conduct as socio- or psychopathic lets him off the hook. His nutty behavior is an act.

Fruit of the poisoned tree. Everyone who was pulled in on this should have all charges dropped and the criminals who fomented the real crimes have their property confiscated to pay damages to the victims.

That is what I think. I also think he may indeed be mentally unstable.

His reputation is everything to him (like most Leftists) and though our own reputation is important to all of us, to Leftists, the loss or damage to it can be earth-shattering.

It is why ridicule seems to be the only thing that touches them. They are impervious to logic, rationality, reality, and even emotion. Nothing can move them. But boy, you level a genuine, on target salvo at ridicule at them, they lose their minds.

Just one more reason I love seeing Trump troll them. He knows that as well.

As for Comey...he is in trouble, I think. Perhaps he won’t be punished, but his disgrace and banishment is going to push him over some precipice.

I find it most interesting that he refuses to re-apply for his security clearance. That is a lucrative benefit for many people like him, opens many doors.

He refuses to re-apply because it would put him in a position of having to truthfully answer questions, something he wants to avoid at all costs.

That’s because he is a malignant narcissist....devils among us...

All these crimes took place in Washington D.C.

No Democrat can be convicted of a politically related crime in Washington D.C.

And, all of them know that.