To: Helicondelta
The Democrats win no friends when they put up these hectoring insanely-biased academics. They're screechy, condescending, smarmy and ugly. Nobody likes them, nobody wants to hear from them. Not the crew you want selling your shtty product. 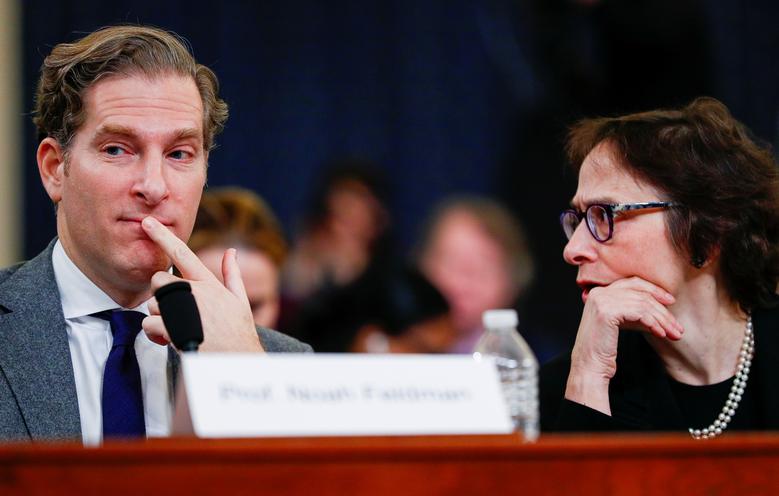 11 posted on 12/04/2019 7:01:07 PM PST by dead (Trump puts crazy glue on their grenades and they never know it until after they pull the pin.)
[ Post Reply | Private Reply | To 1 | View Replies ]
To: dead
The Democrats win no friends when they put up these hectoring insanely-biased academics. They're screechy, condescending, smarmy and ugly. Nobody likes them, nobody wants to hear from them. Not the crew you want selling your shtty product.

Their big advantage is that — with the enthusiastic help of their pals in the MSM — they can force their excrement down our throats whether or not we want to see it.

They're like sociopath criminals, taunting the police from what they consider to be a place of safety. They get off on it.

Yikes! She looks like a cat lady whose cats keep running away.

What was Nadler thinking? This is a disaster for them, like Mueller was, and the Adam Schitt clown show.

Did Nadler et al really think this would have an impact on viewers?

The democrats are completely out of touch.

They’re pushing people to think they’re nuts, and no one in good conscience will let them keep the House next November.

The arrogance and hostility are palpable.
They are truly loathsome.

and to think: Nadler thought they would go over better than the bureaucrats Schiff produced!!! Are these the two biggest dumbkopfs ever, AND the best argument for the electoral college?

Perfect! Tells a lot about Nadler's thinking. Bitchy hateful self-aggrandizing socialist academics are his first witnesses? Really? They could have quoted everything correctly by the FF's, but came off as hateful a-holes. I almost feel sorry for Nadless - nope.

My prediction: This impeachment fiasco will be shut down by the end of the year. Why?, because it's only pissing off more Americans by the day, and the dim/socialists are losing support within their own party. At best, some dumb censure that has the authority of a child being grounded for a week.

Just use a Sharpie to replace M with a K for the millions of MAGA hats and t-shirts.