'I feel bad that I left': John Kelly warned Trump he would be impeached
Washington Examiner ^ | October 26, 2019 | David M. Drucker

SEA ISLAND, Georgia — John Kelly warned President Trump that hiring a “yes man” to succeed him as White House chief of staff would lead to impeachment and, in hindsight, regrets his decision to resign.

House Democrats launched an impeachment inquiry into Trump less than a year after Kelly departed the administration. The retired, four-star Marine general suggested the blame lies squarely with acting White House chief of staff Mick Mulvaney and other advisers who are unable, or unwilling, to keep the president out of trouble. 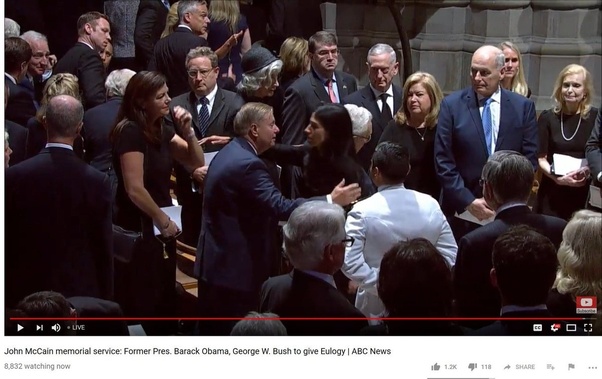 I felt bad when President Trump hired this guy.

What gives with all these a**hole former generals and admirals?

I’m sick of the whole damn lot of them.

If Kelly thinks he could do a better job, let him win one of the two major party’s nomination and get elected.

Boy, did you ever nail it with that post.

Kelly needs to be reminded he’s not a General on active duty anymore thus he has no power and millions of his fellow citizens dislike him tremendously for his back stabbing ways!

It is because they started migrating left under Bush I and acceletated under Clinton, and Bush II. By the time Obama got in, there were enough of them to pull even more into the flag officer ranks since they are the ones doing the selecting. Flag ranks are now hard left by a vast majority, while the field grades seeing what it takes to move up to flag rank, are emulating their superiors.

"If you have to watch every word you say, you’re not going to get much said."--Lucy Van Pelt

Are euclidding me, you neverTrumper you?

I remember Kelly watching Trump from the audience when the President gave his first (and brilliant) address to the United Nations. When Trump said, “Little Rocket Man,” I stood up and cheered; IIRC, John Kelly put his face in his hands and shook his head—on international tv.

Like Harry Truman once said, “If you want a friend in Washington, get yourself a dog.”

As a Senior, I keep asking myself whatever happened to loyalty in this country? Is there not one person in Washington who will refuse to speak out against the man who gave him/her a highly responsible job and a nice paycheck?

“Kelly just not a big picture type of guy. There’s a lot of that in the Republican ranks.”

Trump is exceptional because he’s not only a self-made man, but also never worked in a bureaucracy which stifles the mind.

Kelly was a deep state plant.