Minneapolis once had the reputation of being a nice city. That seems, now, like a long time ago in a galaxy far away. These days, the reality is different. This sickening video of a gang of youths viciously brutalizing a man just outside Target Field, where the Twins play baseball, has gone national. It is visual proof of how feral downtown Minneapolis has become:

Or, to take another example, on the last night of the Minnesota State Fair, generally thought of as one of the more wholesome events a family can attend, there was a gang rumble just outside the fair gates at closing time:

As the Minnesota State Fair wound to a close late Monday, chaos unfolded just outside its main gate.

Fights broke out. A 19-year-old woman was gravely injured when she was hit by a vehicle. Then the sound of gunfire sent hundreds of panicked fairgoers fleeing down Midway Parkway into the Como neighborhood. One resident peeked out her window to find three people taking cover behind her lawn furniture.

Police sources have attributed the worst of the violence, including the barrage of bullets that sent three men to the hospital, to rival gangs.

The wounded people were all taken to the same hospital, where fighting again broke out between the gangs. This isn’t your grandfather’s Minnesota. Minneapolis’s mayor is a young man who worked briefly in my law firm and is obviously not up to the task. Members of the City Council are ridiculously left-wing and totally ineffective. In both Minneapolis and St. Paul, civic authorities are convinced that policemen are the gravest threat to “communities of color,” and therefore law enforcement should be scaled back, or only grudgingly reinforced in response to events like the one you see in the video above.

But.....As Barack Hussein Obama said (allegedly but in character)
“The sweetest sound I know is the Muslim call to prayer”.

Now at a Minnesota area near you. Don’t forget your motel room Koran that replaced the old Gideon Bible.

Are communities of color the descendants of Walt Disney's Wonderful World of Color that helped boost color TV sales in the 1950s?

I guess they're so friendly now they don't need policing, if this person is right.

If he’d been armed, he’d have been legally justified to shoot them.

They’re racist but the liberal elite want you to believe that the problems and racism come from white males.

A cardboard boat race at Lake Calhoun in Minneapolis was cancelled this year because of excessive fecal coliform level. Where did the human feces carrying the bacteria come from and why hasn’t Minneapolis had this problem before?

I was in downtown Minneapolis on a Saturday night about 25 years ago to watch a friend’s band play.

Walking to my bus stop, around midnight, on a well lit street, I had to pass three groups of Black guys just standing around.

I was in downtown many times during the day after that, but never again after sunset.

Are the Somalis part of the gang issue?

Courtesy of Liberals and their insane PC policies. And, Obama resettling Somali’s there by the many many thousands.

First thing that came to my mind was they are bragging about providing a direct conduit to our area for the people who condone this madness.

My guess, but how and where? 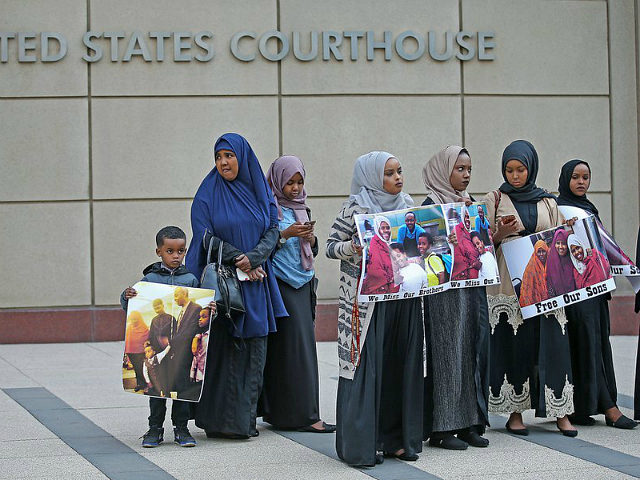 And so it begins....
I’ve known Minneapolis was going to be the next place for violence to break out for the last 2 years.

Perhaps it will wakeup the normally dreamworld Minnesota residents before it becomes Detroit or Portland.

17 posted on 09/14/2019 5:23:09 PM PDT by foreverfree
[ Post Reply | Private Reply | To 1 | View Replies]
To: Hojczyk
It's my understanding that Minneapolis has,in the last few years,come to resemble a province of Somalia. I've never been to Somalia but I have been to Kenya,which shares a border with Somalia. During a very long car ride with a native Kenyan (an excellent safari guide for our trip to several national parks) I came to learn that Somalis,most of whom have entered Kenya illegally,have caused unimaginable crime,chaos and devastation in his homeland.

And then we have Omar,the Somali moslem pig fornicator who once said that "some people did something".

It would be silly to claim that all Somalis are evil but....well,maybe I'll stop right there.

Minne....you’re not gonna make it after all

It would not be surprising that if you were to take out black on black homicides in the Twin Cities region, you’d have an overall homicide rate at about the same level or maybe even lower than the neighbouring Canadian provinces of Manitoba and Ontario.