Russian opposition leader Lyubov Sobol is among more than 300 people detained over an unauthorised protest in Moscow.

What are the protests about?

Authorities detained more than 1,000 demonstrators last weekend during a demonstration, one of the biggest crackdowns in years.

Officials said many of the signatures required for their candidacy applications were invalid. But protesters say they were excluded for political reasons.

What's been happening in Moscow?

Authorities have launched an investigation into the protests.

On Friday, they detained a number of men - including Alexey Minyaylo, an independent politician and aide to Ms Sobol - in connection with the "mass unrest", a charge which carries a sentence of up to 15 years in jail.

Opposition politician Konstantin Yankauskas, who is one of the banned election candidates, completed a seven-day jail sentence on Saturday - and was immediately re-arrested as he left the detention facility.

Alexei Navalny has also been arrested in connection with the rallies.

He fell ill in jail with a swollen face and rashes over his body, and was briefly hospitalised.

Doctors said he had had an extreme allergic reaction, but Mr Navalny and his personal doctor said he may have been poisoned. 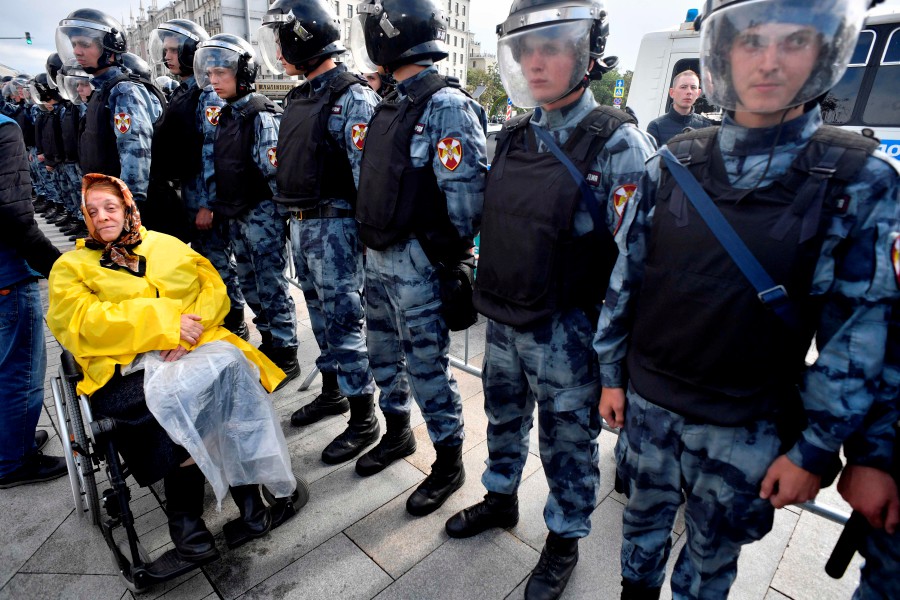 If the Russian people get too loud and too many in their opposition to Putin and His Government, Putin will do a wag the dog false flag event to shift their focus. It’s just what chicken sht tin foil dictators do. It worked for Bill Clinton re the Monica Lewinsky scandal per his order to carpet bomb the Serbians.

Such kind of protests in Russia have been ardently reported for years. Trump effect in Bush/Obama eras?

If you are capable of reflection imagine a crowd of protestors in US waving Russian or Chinese flags, wearing Putin or Xi shirts and clashing will the police at the same time.

They won’t be looking like patriots that is for sure.

Young people are leaving Russia...Putin is not popular.