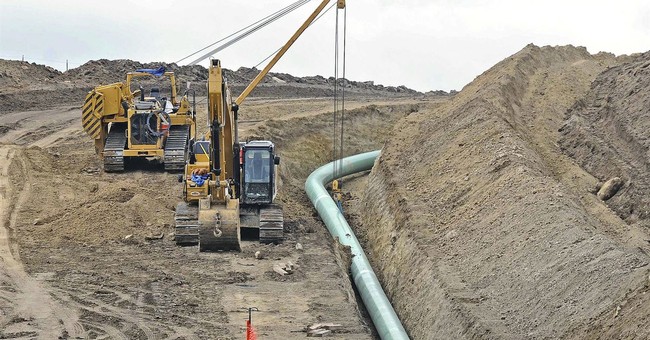 VANCOUVER, British Columbia -- For the past few years, much of the American news media has bombarded the world with hysteria about purported Russian election interference. Millions of dollars and a 448-page report later, we're left with a few tone-deaf ads purchased by Russians on social media and some online trolls in St. Petersburg. Much of the hysteria has come from the anti-Trump left. But what do they have to say about the activist left joining forces with the Democratic donor class to meddle in another country's elections?

The Canadian federal election is just over three months away, on Oct. 21. Dark-money charities have proliferated in Canada. Nothing stops them from stuffing their coffers up to six months before the election and then engaging in campaign-type activities such as advocacy, outreach and research in alignment with a party's platform. Foreign dark-money charities can donate to Canadian dark-money charities, which can then work on behalf of a particular electoral platform.

It's not Russia that's being criticized for such practices, but rather the U.S. -- specifically, an alliance of environmental activists and their rich Democratic Party benefactors, all under the pretext of combating climate change by preventing Canada from developing its energy industry.

U.S. billionaire Tom Steyer is among the subjects of a Canadian provincial government inquiry into foreign influence in the country's energy sector. The inquiry was announced last week by Jason Kenney, the premier of Canada's oil epicenter: Alberta. Steyer, who just announced his candidacy for the Democratic presidential nomination and has spent millions campaigning to impeach President Donald Trump, used to run a hedge fund that invested heavily in BP, a company that thrives on Saudi Arabian oil.

An investigation is long overdue. Suzanne Anton, a former attorney general and minister of justice for British Columbia, wrote an op-ed in the Financial Post last year calling attention to U.S. interference in Canadian energy policies.

"The U.S.-based Tides Foundation, for example, directs funds to Canadian organizations such as Dogwood Initiative and Leadnow, both of whom featured prominently in the anti-pipeline protest on March 10th in Burnaby, and both of whom take an active role in B.C. elections, aiming to get pro-energy politicians out of office and anti-pipeline politicians elected," Anton wrote.

The environmental activists are just useful idiots doing the bidding of the wealthy. Canadian officials need to identify the people hiding behind front charities and fueling the attacks on one of the main pillars of Canada's economic security, in part by tipping the scale in elections.

The Canadian Security and Intelligence Service (CSIS), which is tasked with monitoring threats to the country's economic and national security, came under scrutiny this week when the B.C. Civil Liberties Association (BCCLA) released a trove of heavily redacted documents showing CSIS efforts to monitor anti-pipeline protests. The civil liberties group claims the CSIS monitored and collected information on protestors in 2014, then shared that information with energy industry stakeholders. The BCCLA contends that the spy agency's mandate should be limited to protecting national security, and that it has no business monitoring protesters who didn't pose a violent threat.

Look, going to war on the other side of the world for the sake of "economic security" is nonsense, but protecting your homeland from an attack on an economic interest so critical that it's woven into the rhetoric of every federal election is part of the agency's job. The energy industry is the lifeblood of the Canadian petro-state.

The protesters themselves may be harmless and genuine (albeit naive) in their activism, but the individuals and special interests hiding behind the dark money that fuels the protesters' efforts pose at least as much of a threat to Canadian security as meddling Russian interests purportedly pose to U.S. security

No one who supported an investigation into Russian interference in the U.S. election can offer a morally coherent argument against an investigation into the influence of foreign cash in Canadian politics. And if the FBI is seen as an essential firewall to prevent foreign meddling in U.S. affairs, then it's ridiculous to tell CSIS to butt out of Canadian affairs.

Some of the blame falls on Canadian Prime Minister Justin Trudeau for not closing the loopholes that leave Canada's democracy vulnerable to U.S. meddling.

The prime rule of the multiverse:

Progressives turn everything they touch into excrement.

Fair’s fair. There was that now deceased Canadian socialist billionaire that constantly meddled in US affairs.