House Speaker Nancy Pelosi (D-Calif.) on Thursday said she had "no criticism" of former Vice President Joe Biden invoking his past working relationships with two segregationist senators as an example of "civility."

“What I think is most important for all the candidates is authenticity, they are who they are, they’ve lived a life and they have grown from their experiences, and I think that’s what he’s trying to tell us," Pelosi told MSNBC's Andrea Mitchell.

Biden has faced mounting criticism over the last two days after invoking former Sens. James Eastland (D-Miss.) and Herman Talmadge (D-Ga.) during a speech at a fundraiser Tuesday night.

The former vice president and Delaware senator cited his ability to work with the segregationists as an example of "civility" that no longer exists in Congress, pointing out that Eastland never called him “boy.”

TOPICS: News/Current Events
KEYWORDS: andreamitchell; biden2020; pelosi; pelosibiden; pelosiinterview; pelosiquote
Pelosi and Andrea agree Democrats get to set their own 'narrative' and who are we to question them.
1 posted on 06/20/2019 8:26:04 AM PDT by yesthatjallen
[ Post Reply | Private Reply | View Replies]
To: yesthatjallen

She forgot to add that she also supports blackface for Dem candidates, just as long as they back her on infanticide.

What about the history of these Segregationist Democrats in the party of Jim Crow laws?

These people are the worst among us.

O Right! Except when its Strom Thurmond then people had to be destroyed.

But then again Robert KKK Byrd was a saint, wow, liberal hypocrisy is so confusing you need a program to keep up

What a bunch of sanctimonious....

7 posted on 06/20/2019 9:06:30 AM PDT by BenLurkin (The above is not a statement of fact. It is either opinion or satire. Or both.)
[ Post Reply | Private Reply | To 1 | View Replies]
To: yesthatjallen
“I have no criticism of what he believes is his story to tell the American people, that he will work with anyone to get a good result for the American people.” 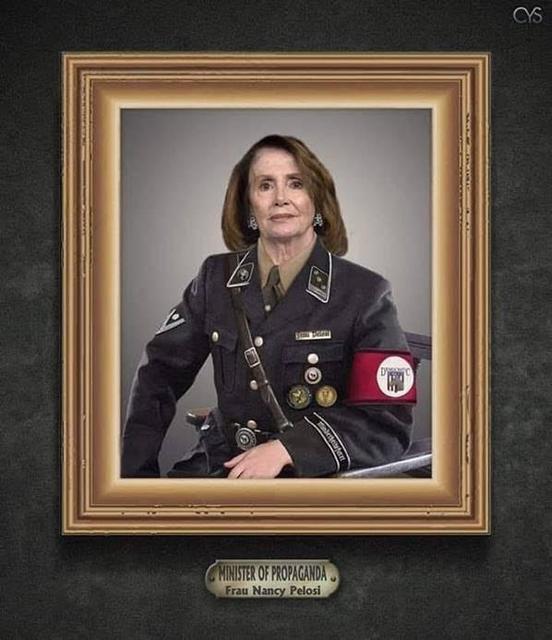 Biden worked with Sen. Robert Byrd (D) in the Senate - and Byrd was a KKK member AND A DEMOCRAT.

(Other well known Democrat racists - from above link:)

Robert Byrd - DEMOCRAT ... was a recruiter for the Klan ... rising to the title of Kleagle and Exalted Cyclops of his local chapter.

Edward Douglass White, a Democrat and the Chief Justice of the United States, was a known member of the KKK in his home state of Louisiana, where he had served as U.S. Senator.

In 1921, Hugo Black successfully defended E. R. Stephenson in his trial for the murder of a Catholic priest, Fr. James E. Coyle. Black, a Democrat, joined the Ku Klux Klan shortly afterwards, in order to gain votes from the anti-Catholic element in Alabama.

Theodore G. Bilbo, a Democrat, the Governor of Mississippi and later the U.S. Senator for Mississippi, was a founder of the Mississippi chapter of the KKK.

John Brown Gordon, a Democrat and the U.S. Senator for Georgia, was a founder of the KKK in his home state of Georgia.

Joseph E. Brown, a Democrat and the U.S. Senator for Georgia, was a key supporter of the KKK in his home state.[

Elmer David Davies, a Democrat and a Federal Judge of the United States District Court for the Middle District of Tennessee, was a member of the KKK whilst at university.[15]
Edward L. Jackson

Republicans can’t agree on where to go for lunch.

“what he believes is his story”

Thanks yesthatjallen. Double standard is the same thing as no standard at all.

14 posted on 06/21/2019 10:43:40 AM PDT by SunkenCiv (Imagine an imaginary menagerie manager imagining managing an imaginary menagerie.)
[ Post Reply | Private Reply | View Replies]
To: madprof98
When Biden said he worked with 'segregationists' he was talking about working WITH MEMBERS OF HIS OWN PARTY. Democrats were the KKK and White Citizens Council...

Speaking of which - - wasn't Gov. Ralph Northam (Democrat) the guy in the KKK outfit - not the one in blackface in the yearbook?

Not that it matters - the press is so stupid they think Republicans were the party of the KKK... and probably that Northam was a Republican. As stupid as these people are - it's a wonder they can find their way to the MSNBC studio every day.