White House denies limiting columnist's access under new '50 percent' rule © Getty Images The White House is pushing back on a claim by Washington Post columnist Dana Milbank who said a press pass he held for more than two decades was revoked for “being a Trump critic.”

“No one’s access is being limited,” White House press secretary Sarah Sanders said on Wednesday night in response a Milbank column published by The Post earlier in the day.

The back-and-forth comes after the White House announced new rules regarding the number of reporters who are granted hard passes, which allows a reporter and camera crew to enter White House grounds without going to the process of having to request permission daily.

Under the new rule, which has been implemented in the last few weeks after being announced in March, media members covering the White House can have their hard passes renewed if they have entered the grounds 50 percent or more of the time in the 180 days before renewal.

Sanders cited security concerns as the reason behind the changes, saying the move was not an effort to limit access for journalists covering the administration. 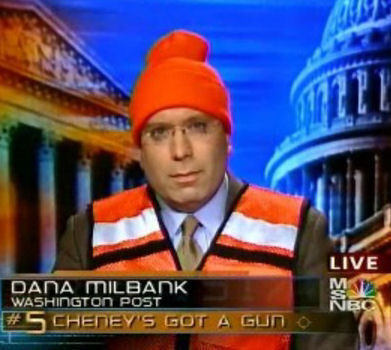 Dana Milbank, You're not a journalist, so it doesn't matter.

No MSM punks should be in the White House for security reasons.

When people come to my home and behave badly, they don’t get invited again.

These people are so filled with hate that none of them should get access - they are all a security threat. (I suppose there are a very few exceptions).

They should start “shadow banning” anti-Trump reporters. Let them in to the press conference, but use some CIA thingamajig to make sure they can’t transmit their feed or their video gets all scrambled. Then when the reporters complain just deny you are doing it and act dumb.

Who reads anything he writes?