Why victims who were so young?

“Islam has no age barrier in marriage and Muslims have no apology for those who refuse to accept this” — Ishaq Akintola, professor of Islamic Eschatology and Director of Muslim Rights Concern, Nigeria

“There is no minimum marriage age for either men or women in Islamic law. The law in many countries permits girls to marry only from the age of 18. This is arbitrary legislation, not Islamic law.” — Dr. Abd Al-Hamid Al-‘Ubeidi, Iraqi expert on Islamic law

There is no minimum age for marriage and that girls can be married “even if they are in the cradle.” — Dr. Salih bin Fawzan, prominent cleric and member of Saudi Arabia’s highest religious council

“Islam does not forbid marriage of young children.” — Pakistan’s Council of Islamic Ideology

Few things are more abundantly attested in Islamic law than the permissibility of child marriage. Islamic tradition records that Muhammad’s favorite wife, Aisha, was six when Muhammad wedded her and nine when he consummated the marriage:

Another tradition has Aisha herself recount the scene:

The Prophet engaged me when I was a girl of six (years). We went to Medina and stayed at the home of Bani-al-Harith bin Khazraj. Then I got ill and my hair fell down. Later on my hair grew (again) and my mother, Um Ruman, came to me while I was playing in a swing with some of my girl friends. She called me, and I went to her, not knowing what she wanted to do to me. She caught me by the hand and made me stand at the door of the house. I was breathless then, and when my breathing became all right, she took some water and rubbed my face and head with it. Then she took me into the house. There in the house I saw some Ansari women who said, “Best wishes and Allah’s Blessing and a good luck.” Then she entrusted me to them and they prepared me (for the marriage). Unexpectedly Allah’s Apostle came to me in the forenoon and my mother handed me over to him, and at that time I was a girl of nine years of age. (Bukhari 5.58.234).

Muhammad was at this time fifty-four years old.

Marrying young girls was not all that unusual for its time, but because in Islam Muhammad is the supreme example of conduct (cf. Qur’an 33:21), he is considered exemplary in this unto today. And so in April 2011, the Bangladesh Mufti Fazlul Haque Amini declared that those trying to pass a law banning child marriage in that country were putting Muhammad in a bad light: “Banning child marriage will cause challenging the marriage of the holy prophet of Islam, [putting] the moral character of the prophet into controversy and challenge.” He added a threat: “Islam permits child marriage and it will not be tolerated if any ruler will ever try to touch this issue in the name of giving more rights to women.” The Mufti said that 200,000 jihadists were ready to sacrifice their lives for any law restricting child marriage.

Likewise the influential website Islamonline.com in December 2010 justified child marriage by invoking not only Muhammad’s example, but the Qur’an as well:

The Noble Qur’an has also mentioned the waiting period [i.e. for a divorced wife to remarry] for the wife who has not yet menstruated, saying: “And those who no longer expect menstruation among your women, if you doubt, then their period is three months, and [also for] those who have not menstruated” [Qur’an 65:4]. Since this is not negated later, we can take from this verse that it is permissible to have sexual intercourse with a prepubescent girl. The Qur’an is not like the books of jurisprudence which mention what the implications of things are, even if they are prohibited. It is true that the prophet entered into a marriage contract with A’isha when she was six years old, however he did not have sex with her until she was nine years old, according to al-Bukhari.

Other countries make Muhammad’s example the basis of their laws regarding the legal marriageable age for girls. Article 1041 of the Civil Code of the Islamic Republic of Iran states that girls can be engaged before the age of nine, and married at nine: “Marriage before puberty (nine full lunar years for girls) is prohibited. Marriage contracted before reaching puberty with the permission of the guardian is valid provided that the interests of the ward are duly observed.”

According to Amir Taheri in The Spirit of Allah: Khomeini and the Islamic Revolution (pp. 90-91), Iran’s Ayatollah Khomeini himself married a ten-year-old girl when he was twenty-eight. Khomeini called marriage to a prepubescent girl “a divine blessing,” and advised the faithful to give their own daughters away accordingly: “Do your best to ensure that your daughters do not see their first blood in your house.” When he took power in Iran, he lowered the legal marriageable age of girls to nine, in accord with Muhammad’s example.

And why a boy? They are promised in Paradise, along with the houris, the celebrated heavenly virgins:

“Those are the ones brought near in the Gardens of Pleasure, a company of the former peoples and a few of the later peoples, on thrones woven, reclining on them, facing each other. There will circulate among them young boys made eternal with vessels, pitchers and a cup from a flowing spring.” — Qur’an 56:11-18

“And they will be given to drink a cup whose mixture is of ginger, a fountain within Paradise named Salsabeel. There will circulate among them young boys made eternal. When you see them, you would think them scattered pearls. And when you look there, you will see pleasure and great dominion.” — Qur’an 76:17-20

The former Labour peer Nazir Ahmed has been charged with two counts of attempted rape dating back to the 1970s.

Lord Ahmed, 61, is also charged with one count of indecent assault. His alleged victims were a girl and a boy aged under 13.

The alleged offences are said to have taken place in Rotherham between 1971 and 1974, when Ahmed was a teenager.

He and two other men, Mohammed Farouq, 68, and Mohammed Tariq, 63, both from Rotherham, were charged as part of a South Yorkshire police investigation that began in 2016.

The Crown Prosecution Service said Ahmed was charged with indecently assaulting a boy aged under 13 in 1971-72, when he was aged 14 to 15.

Ahmed, a married father of three, was born in Pakistan and moved with his family to the UK in 1969 to join his father, who was working in steel factories in Rotherham.

He joined the Labour party in 1975 aged 18 and became Rotherham’s first Asian councillor in 1990, later becoming the town’s youngest magistrate. He was made a made a peer by Tony Blair in 1998 and was one of the first Muslims to be appointed to the Lords

Where have we heard the name Rotherham before...some sort of scandal about hushing up the "Asian" gang grooming scandal, IIRC.

Islam: The Faith of Pedophiles

Decent people do not seek any apology from the likes of these animals. There is only one thing that will do. Just die. 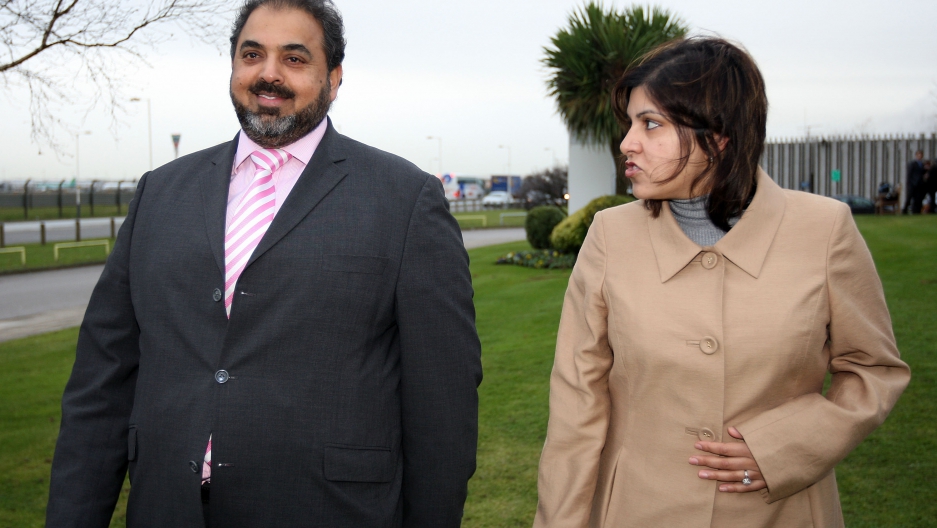 "I've become a purist, though, and in fact when I pull down their pants and they start screaming, I now actually ENJOY the screaming..!"

How long until the globalist left decides that’s just “diversity” and not a disgusting and evil crime?

There is NO sense of restraint whatsoever in islam. muslims can do anything with impunity from their moon-god, taqiyya or no.

What a pig. Something I note about muzzards, the men are often gluttons for rich food as well as lots of unwilling sex.

Somebody is in trouble here. And it’s probably the cop who arrested Ahmed.

Ah, now I see why the democrats (the party of pedophiles) want to import as many islamists as possible...

This is why Islam is so attractive to Male Chauvinist Pigs.

No, it’s why Islam is so attractive to pedophiles.

Say what you want about “Male Chauvinist Pigs,” but they are attracted to GROWN WOMEN.

Anybody who wants to sexualize and bed children is a pedo pervert.....like Mohammed....and this British Lord Nazir Ahmad.

That most perfect of all men, mohammad, the man all devout muslims wish to emulate, married a six year old.

To be fair, he didn't penetrate her, he only engaged in 'thighing' her, until she was nine.

They just can’t help themselves

ConservaTeen has on his tagline that Islam is not a religion of Peace but a Cult of Pedophilia. I do agree...

Islam is a demonic pretense for a religion.

I think so too.