Amazon has approved funding for an Islamic extremist British charity called The Muslim Research and Development Foundation, through its Amazon Smile programme, The Times reports.

The charity (MRDF) which according to the government’s counter-extremism commissioner Sara Khan, is the “main Salafist organisation in the UK”.

They promote a supremacist ‘us versus them’ world view that wrongly makes Muslims feel that they can’t be fully British.” In addition he has also been described as “one of the most dangerous men in Britain” by the head of the Muslim run counter extremist organisation, The Quilliam Foundation.

Mr Haddad PhD. Who says he represents orthodox Islam, affirms child marriage, “the younger the better”, though “you have to be careful of the legal issues”, female genital mutilation, done the Islamically approved way, “is better for the husband” and “a virtue or honour for women”.

As well as, stoning people to death for adultery, that husbands have a right to beat their wives, that homosexuality is an evil crime and that western women should submit to Allah and wear the niqab among other things.

He has also made the wild claims that paedophilia will be legalised in the west and that some western countries are planning to sell aborted foetuses “as meat to be eaten, to be used as a barbecue” by people in east Asia.

In 2012 he said, “I have received so many requests from western women who committed adultery. They were begging me to help them to find a way to a Muslim country to be stoned to death.”

He believes that Muslims are engaged in an “eternal and global” struggle against “the enemies of Allah” that will one day lead Islam to conquer the world.

The Amazon Smile programme allows customers of the online retail giant, to choose a charity they want a portion of their purchases (0.5 percent) to go to and as such, will make payments to the charity when it is selected by its supporters. Standards for eligibility on the programme include charities that do not “engage in, promote or support hatred, intolerance or discrimination based on sex, religion or sexual orientation”.

Amazon have declined to say when MRDF joined Amazon Smile, nor what sum of money it has already paid to the group, instead passing the buck of responsibility to the charities regulator to “determine which organisations are eligible to participate. Due to the serious nature of these concerns, we have referred these allegations to the commission and will be conducting a full review to ensure they do not violate our policies.”

Emma Webb, of the Henry Jackson Society’s centre on radicalisation and terrorism, said that Amazon was “channelling ordinary shoppers’ money to the hands of intolerant extremists. That’s wildly irresponsible. It’s giving charities like MRDF a veneer of respectability they don’t deserve.” 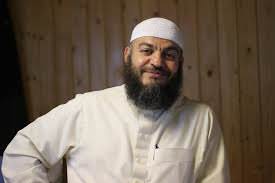 If our government (cough, Sessions, cough) can tie this directly to Amazon, they should be making Amazon forfeit every asset. And I mean, EVERY asset; monies, property, off shore accounts... it all....

Wave a dollar bill in front of some capitalists and they come running like puppies after a treat.

And the money is probably our petrodollars.

That could be one reason Bezos bought the ComPost.

But some conservative and Christian organizations have been banned from Amazon Smile.

MRDF is a registered charity in the UK.

How the heck did it get to be a registered charity?

The UK is all goofed up. Don’t know why so many went insane and suicidal over there.

The goal is to eliminate Christianity. So what if m*zzies kill m*zzies, Jews or Christians!

FGM is illegal in the UK.

Time for Amazon to get off the VJ/Obama train.

Well, Amazon Smile also supports Voice of the Martyrs for victims of Islamic violence against Christians.

I suspect they simply filled out a form and it was rubber-stamped, the more so because it was Moslem.