You’d think she had a Siberian tiger on a leash while traipsing through a cannibal-infested jungle. Instead, the eight-year-old girl was just walking her family’s Maltese puppy around the block. Yet it was enough to trigger a visit from the police and a children’s services investigation into her mother for child neglect.

Welcome to third-millennium America, where kids have the autonomy to choose their “gender” or have an abortion but must be ensconced in bubble wrap all other times.

People reports on the story:

Earlier this month, 8-year-old Dorothy Widen took her family dog Marshmallow for a walk around the block near her family’s suburban Chicago home. When she returned, there was a knock on the door — but instead of her expected playmate, it was the local cops, according to the Chicago Tribune.

As it turns out, a neighbor had called authorities after seeing Dorothy alone with the dog, stating the child was less than 5 years old and had been outside and unattended for 90 minutes, NBC 5 reports.

“For something like this to happen to me, there’s something really wrong,” [mother Corey] Widen, 48, who home-schools her daughter, told the Tribune. “She was gone for five minutes. I was in the backyard and I could see her through the yard.”

After a chat, cops cleared Widen of any wrongdoing — but two days later she received a call from the Department of Children and Family Services [DCFS] after the same neighbor seemingly called the agency to complain about the instance again.

“The funny thing is ... I’m a joke with my friends because my kids are around me all the time,” Widen added to the Tribune.

Yet “Widen’s story is not unique,” writes the Tribune. The paper elaborates:

Mothers in the Chicago area and across the country have found themselves at the center of investigations by police or child welfare officials after their children were spotted alone but unharmed — playing in parks or left for minutes in a car parked outside a store — activities that could pass for typical or harmless but now are perceived by some as unacceptable.

When Chicago author Kim Brooks decided to leave her then-4-year-old son in the car for a few minutes on a cool day to run an errand, she was shocked when a stranger called police to report it.

... Brooks, who was visiting her parents in her Virginia hometown when the incident occurred about six years ago, eventually completed community service and parenting classes in exchange for prosecutors there agreeing not to pursue misdemeanor charges, she said.

As for Widen’s case, one obvious question is, why didn’t the neighbor simply approach the mother and address the issue (she had to know where the girl lived because she directed the police there)? This is, after all, how such matters were handled for most of American history. A highly possible explanation is that the person had an axe to grind with Widen, perhaps even a leftist prejudice against homeschool families.

Yet this is just another problem with big government. Author Ayn Rand correctly pointed out that the state can only control criminals; thus, it can control everyone if it makes so many laws that you can’t help but break at least a couple of them and, hence, be a criminal. A corollary of this is that if everyone is a criminal, it’s easy to use government to damage someone because there’s always something you can snitch on him about.

At least as significant, however, is the big government mentality. We have gradually traded society, that is, people and their affairs outside the state’s scope, for government. How does this work? As society’s “laws” — customs, traditions, and social codes — disappear, government’s laws will correspondingly take their place.

For example, chivalry used to help govern men’s behavior around women, and there was a time when even degenerates wouldn’t use the kind of language around them that is common today. But with feminism and other forces killing the chivalric code, now we have harassment law, which can be applied if you simply cause a person “emotional distress.” This is why, libertarians take note, you can’t have small government without big virtue.

Related to this because it diminishes societal cohesiveness is balkanization. Consider that we’re much more likely to address a problem (to let our hair down) with a family member than a stranger; now consider that a nation, properly defined, is an extension of the tribe, which itself is an extension of the family. Given this, aren’t people more likely to settle problems amongst themselves if they have strong connections and feel like a big national family?

In fact, as Harvard University sociologist Robert Putnam put it relating research findings, increasing “diversity” causes people to “all hunker down like a turtle.” Not having any real connection, aggrieved citizens are then perhaps more likely to seek remedy from the one authority holding everyone together via law: government.

Returning to Widen, she was fortunate. After a two-week investigation involving the interviewing of her children, she was cleared of wrongdoing. Others aren’t so lucky, however. People cites cases that include “a mother who let her child go to the park unsupervised and another who had to leave her children in the car when she couldn’t find childcare during a job interview; both were arrested and their children removed from their custody.” There also was a Texas mom “arrested for letting her children play in her cul-de-sac while she watched from her lawn,” the magazine informs.

And there’s a very dark side to this child “protection.” As I reported in 2014, child-protective-services agencies receive federal money for seizing kids and offering them for adoption; one figure cited was $85,000 per child. It was also alleged that these entities are thus more likely to seize “marketable” kids — i.e., healthy, good looking, and white.

Of course, there are some well-meaning people working in these agencies. But it’s just common sense that you get what you pay for — including kidnapped children.

So, her neighbor is spying on her, I bet she is against homeschooling.

1 posted on 08/25/2018 7:41:35 PM PDT by Coleus
[ Post Reply | Private Reply | View Replies]
To: Coleus
Yet it was enough to trigger a visit from the police and a children’s services investigation into her mother for child neglect.Welcome to third-millennium America, where kids have the autonomy to choose their “gender” or have an abortion but must be ensconced in bubble wrap all other times.

Yes, America has its priorities extremely screwed up. I was walking in downtown Chicago last week. Of course there are many homeless, many beggars. There was one man I saw, on Michigan Avenue, who was passed out (who knows, may have been dead already). He had very chalky skin, and disfiguring leg edema (swelling) and on one side, for the world to see, had an open, infected, seeping leg ulcer, the size of a large grapefruit.

America's government busybodies would leave a dying (or already dead) body on a busy street, but are sure to censure parents whose kid is walking a dog.

I was walking around the block unsupervised when I was three and a half years old. I walked to school on my own beginning in kindergarten. But this was in the days when my home state of California had a Republican governor and two Republican Senators, and both Los Angeles and San Francisco had Republican mayors. In other words, a different galaxy.

I too, walked back and forth to school

When my sons were 10 and 12 I let them and 2 friends ride their horses to the top of a mountain to spend the night.

I’m a mother and I did worry a little it was before cell phones but I taught them how to take care of themselves.

The pink police state. We have Gerald Ford (among others) to thank for this lunacy.

When i was 4, my mom would send me down our block with a quarter and a note: “Please send blu home with a pack of Salems. Thank you, Mrs. Blu’s Mom”. And they would do it. This was pre 1960. Those were the days, my friends!

and what if anything did you do? Keep on walking perhaps?

I think I’m glad to have grown up in the 70s...I took out my 15 foot boat with an 125 horsepower outboard on it, walked (or bike) to my school, played tackle football (no helmets) in the town’s park and took my motorcycle into the woods (or through a Kmart that was under construction). My stay at home mom told me (and my siblings) to be home when the streetlights comes on.

9 posted on 08/26/2018 3:19:16 AM PDT by Deplorable American1776 (Proud to be a DeplorableAmerican with a Deplorable Family...even the dog is, too. :-))
[ Post Reply | Private Reply | To 1 | View Replies]
To: Coleus
I saw the interview with the mom and daughter but what caught my eye was the rainbow colored skirt the daughter wore along with a T-shirt that read "JUSTICE".........I thought that was kind of strange.

I immediately thought of a LGBT parade..... 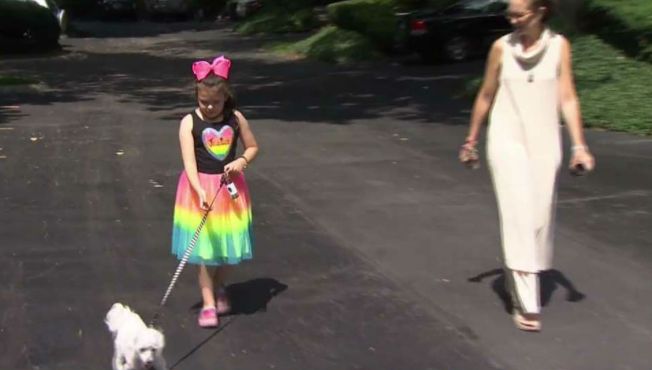 And this is the world we now live in. It is also why I do not trust police officers anymore, even though I was brought up being told to implicitly to trust all of them. One never knows if the police officer you meet is the one to ‘investigate’ you over a nothing burger. We all know that in today’s world, the process is the punishment itself.

Justice is a store for girls...I doubt the Rainbow dress and Justice meant anything...Justice do sell things like that...

It is no wonder so many “mellennials” cannot negotiate life very well by themself as young adults, they were protected from negotiating life themselves as they were growing up - resulting in them not really growing up.

Same here except I was 5, didn’t have a note, the store was 1/2 mile away and mom smoked Winstons! LOL