This past week, Snopes jumped the shark. In a post about California Assembly Bill 2943, a frightening piece of pure-grade totalitarianism, Snopes belittled a conservative opponent and misrepresented the legislation.

It should chill every freedom-loving American that this spectacular violation of the First Amendment passed the California House by a vote of 50-18 on April 19 and is now before the state Senate.

Snopes focused on a response by Republican Assembly member Travis Allen to One America News Network’s Liz Wheeler, who asked, ” if this bill were to pass, would this prohibit the sale of the Bible, that teaches these things about sexual morality?”

Mr. Allen replied, “Well, literally, according to how this law is written, yes, it would. This is, you know, PC culture, politically correct culture, gone horribly awry.”

Snopes smugly informs us that, “California Assembly Bill 2943 does not mention the Bible, Christianity, or religion at all, so when Allen claimed that the legislation would ‘literally’ prohibit the sale of the Bible, he was stating something that is demonstrably and clearly false.”

In a brilliant takedown in The Federalist, Robert Gagnon explains why Snopes — not Mr. Allen — is dead wrong.

“That the bill doesn’t explicitly mention these things is irrelevant if the wording of the bill is broad enough to encompass them,” Mr. Gagnon writes. “Sure, it is virtually impossible that California will immediately attempt to ban the sale of the Bible itself. Not even the hard left in California has that kind of chutzpah. But citations of Bible verses in the context of declaring homosexual practice and transgenderism to be morally debased could indeed get one into serious trouble with the law if it comes in the context of selling or advertising a product or service .

“Snopes,” he continues, “heavily shades the truth: ‘What is clear is that Low’s bill does not seek to outlaw all religious or moral instruction regarding sexuality and sexual orientation.’”

Mr. Gagnon: “Read the bill. There is no religious exemption. There is no restriction to mental health professionals. This is not simply a ‘gay conversion ban.’” Which would be bad enough.

I read the bill. It is sweeping in its breadth. Mr. Low’s legislation follows a current California law barring parents from procuring pro-heterosexual licensed counseling for minors, even those who have been molested. Pro-homosexual counseling is OK, of course. Opponents accurately call it the “must stay gay” law.

Liberty Counsel President Mat Staver says the Low bill is “a dramatic infringement on First Amendment rights and is a classic viewpoint discrimination. It declares certain kinds of speech as consumer fraud.”

He notes that, “The Bible specifically refers to homosexuality in 1 Corinthians 6:9. Then verse 11 states, ‘And such were some of you,’ thus clearly stating that through a personal relationship with Jesus Christ, people with same-sex attractions or who engaged in same-sex behavior can change. Advertising this passage or quoting it in a brochure would be considered fraudulent business practices under this bill.”

Meanwhile, Snopes is doing its best to persuade Christians not to worry enough to band together to stop these egregious violations.

The fact-checking site was originally founded in 1995 by David and Barbara Mikkelson, who divorced in 2015. In December 2017, Forbes ran a piece that concluded Snopes has major credibility problems such as: David Mikkelson’s “responses regarding the hiring of strongly partisan fact checkers and his lack of response on screening and assessment protocols present a deeply troubling picture of a secretive black box that acts as ultimate arbitrator of truth, yet reveals little of its inner workings.”

By the way, did you know that in December 2016, Facebook began relying on Snopes to weed out “fake news?”

On the Snopes website, the “About Us” section lists David Mikkelson solely as founder, with no mention whatever of co-founder Barbara Mikkelson, who has been tossed down the memory hole. One of many inconvenient facts omitted by the “fact checker.”

So how do we SHUT THEM DOWN, since they pose as ‘objective’, yet are FAR FROM IT, at least on political matters. 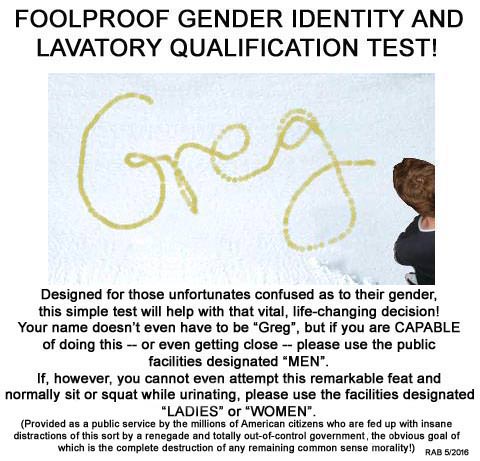 Personal issues of some connected with Snopes may well cause it to collapse of it’s own weight.

Get Soros to stop bankrolling them.

We start a “watchdog of the watchdogs” site, and use the power of FReeeper investigatory skills to critique the accuracy, or lack thereof, of all the leftist ‘truth in media’ sites.

Snopes jumped the shark about the time we were all worried about Y2K.

I gave Snopes the Three Strikes test many years ago:

I checked three things about which I knew the facts. All three were overtly slanted to a leftist bias.

Years later I researched the people behind it: obviously leftist (and reprobate).

Any thinking/sentinent being knew many years ago that Snopes was a complete shill of the Left.

I find it hilarious to see the Left use Snopes to buttress their arguments!

I would add a stipulation that you be able to do the above in YOUR OWN handwriting. Just my thought.

Sounds like maybe they should join up with the ACLU.

Sounds like maybe they should join up with the ACLU.

Exactly. No cheating! On second thought...