169 posted on 09/16/2017 3:03:08 PM PDT by GrandJediMasterYoda (Trump: Greatest POTUS of all time solely for preventing Satan taking office.)
[ Post Reply | Private Reply | To 1 | View Replies ]
To: GrandJediMasterYoda
THIS DACA guy ...killed this US teen ..then set him on fire....DACCA needs more than just a reset! 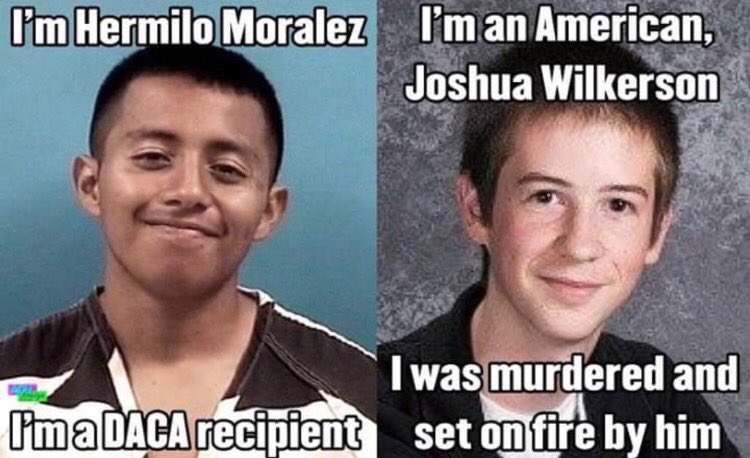