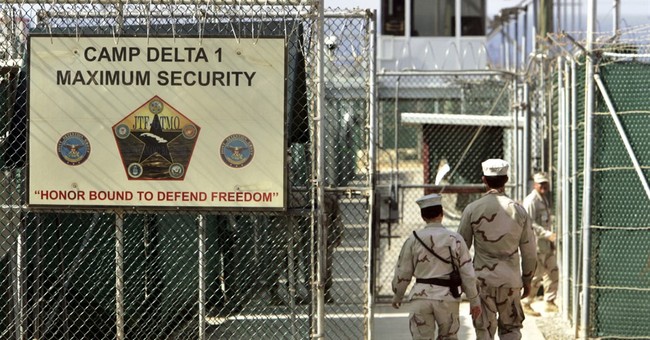 “They saw in Castro and Che Guevara the hipster who in the era of the Organization Man had joyfully defied the system,” wrote President Kennedy’s adviser Arthur Schlesinger Jr back in 1961.

Indeed, this “hipster” cachet hovers around the leaders of the Cuban Revolution and persists to this day, despite a half century of Stalinist crimes. Then thanks largely to President Obama’s recent “rapprochement” with these “hipsters,” Stalinist Cuba became the absolute “coolest” place on Earth.

Last year close on the heels of Katy Perry, the Rolling Stones and the Obama family itself, Karl Lagerfeld showcased his Chanel “cruise line” with a fashion-show extravaganza where Havana’s Prado Street served as the catwalk/runway for the world’s lithest models, while Gisele Bundchen, Tilda Swinton and Vin Diesel posed for paparazzi on the sidelines.

Shortly thereafter the Kardashians arrived in Havana to shoot an episode of their reality show.

The notion of Castro’s Cuba as stiflingly Stalinist nation never quite caught on among the “enlightened.” The regime was founded by “beatniks,” after all. In 1960 Jean Paul Sartre hailed Cuba’s Stalinist rulers as “les Enfants au Pouvoir” (the children in power). A few months earlier Fidel Castro spoke at Harvard the same bill as beat poet Allen Ginsberg. And ever since then, long-haired Che Guevara has reigned worldwide as top icon of youthful rebellion. The reality, as documented in my book, differs grotesquely:

In fact, Cuban socialism has always been a mortal enemy of almost everything “hipsters” and millennials claim to hold dear–a more implacable enemy, in fact, than were most Iron Curtain regimes. First off, notice the age of the typical half-dead Cuban rafter who washes up on south Florida’s beaches almost daily, often using his last reserves of energy to kiss the sand in gratitude. It’s rare to see one over 30.

The Castro brothers and Che Guevara often outdid their Soviet patrons in outlawing and punishing typical millennial behavior. While the Rolling Stones were performing for a huge crowd of Polish kids in Warsaw in 1967, for instance, Cuban kids were being herded into forced labor camps for the crime of (clandestinely) listening to rock music, or growing long hair, or wearing blue jeans.

“Youth must refrain from ungrateful questioning of governmental mandates,” commanded Che Guevara. “Instead, they must dedicate themselves to study, work and military service.” “Youth,” wrote Guevara, “should learn to think and act as a mass!”

“Those who choose their own path” (as in growing long hair and listening to “Yankee-Imperialist” Rock & Roll) were denounced by the Castro Brothers and Che Guevara as worthless “roqueros,” “lumpen” and “delinquents.” In his famous speech, Che Guevara even vowed “to make individualism disappear from Cuba! It is criminal to think of individuals!”

The Cuban regime hailed by current American champions of “hipster” socialism jailed and tortured political prisoners at a higher rate than Stalin’s during the Great Terror and murdered more Cubans in its first three years in power than Hitler’s murdered Germans during its first six . In the above process Fidel Castro and Che Guevara converted a nation with a higher per-capita income than half of Europe and a huge influx of immigrants into one that repels Haitians and boasts the highest suicide rate in the Western Hemisphere.

*Converted a nation with a higher standard of living than much of Europe and swamped with immigrants from Europe into a vast slum and sewer that repels even Haitians.

*Converted a nation that formerly attracted more immigrants per-capita than the U.S. (and even from the U.S.)  into a hellhole that drove TWENTY times as many desperate Cubans to die horribly attempting to escape it as East Germans died trying to flee East Germany.

*Converted a nation with the 13th lowest infant-mortality on earth –-ahead of France, Belgium, West Germany, Israel, Japan, Austria, Italy, Spain, and Portugal– into an island slum, sewer and prison ravaged by diseases long-eradicated in Cuba, boasting the highest suicide rate in the hemisphere–and whose practicing “doctors” overwhelmingly flunk the exam given in the U.S. for licensing as doctor’s assistants.”

Today in a rollicking presentation the YAF exposes the terrible cost of Cuba’s “hipster” socialism. No safe-spaces will be provided for snowflakes.

Back in my day it was
YOUNG AMERICANS for FREEDOM

Had really cool ‘drop it!’ buttons

Young Americans for Freedom is a college group that furnished foot soldiers for Goldwater and Reagan. Less prominent these days.

She was poor and his ancestors were poor also right? it’s very romantic.

Che’s grandparents were, believe it or not, wealthy Americans who emigrated to Argentina from the USA. They were makers of luxury yachts and at that point in world history the very popular outlook for Argentina was the wood would become and remain the richest country in the whole world.

He was quite a warrior and athletic though, right..?

no actually he had a very bad case of asthma and he was at pains to handle walking up and down the hills of Bolivia as a revolutionary, after Fidel more-or-less banished him out of Cuba for driving the economy into the dust.

Wasn’t he trained as a dentist?

Originally, the acronym referred to Young Americans for Freedom (of which I am a proud alumnus.) Then, there was an offshoot called Young America’s Foundation, led by a onetime YAF activist and leader (National Board, if memory serves me correctly) named Ron Robinson.

A few years ago, when Young Americans for Freedom was in a state of decline, the Foundation essentially took it over, and now the acronym can refer to either one.

(I am fore reclaiming YAF’s independence.)

Unfortunately, it wound up with too few activists and too many careerists.

the YAF struggles between the traditionalist and libertarian wings are well chronicled, but the real separation was always the activists vs. the careerists. unfortunately, the careerists almost sank it.

I still have my “Drop It!” button with the peace symbol turned into a B-52. This cute YAF gal tried to get me to join giving me several different ones which I also have. Missing is the inverted peace symbol one with the caption “Footprint of the American Chicken”.

I'd love to see the term *capitalism* gradually replaced with *free market [economy]*. Either term is synonym for FREEDOM in my book.