Today is the 47th annual Earth Day. On this day, it is worth reflecting on how completely, totally wrong environmental alarmists often are. Few things tell us more about the environmental movement—where it’s been and, more importantly, where it is now—than its dismal track record in the predictive department.

Case in point: Paul Ehrlich, who is as close to a rock star as you’re apt to find among environmentalists. Ehrlich is most famous for his 1968 book “The Population Bomb,” in which he famously predicted that, during the 1970s and 1980s, humanity would suffer mass famine and starvation due to overpopulation. “At this late date,” Ehrlich wrote, “nothing can prevent a substantial increase in the world death rate.”

Spoiler alert: Ehrlich was wrong—so wrong, in fact, that not only did his doomsday predictions fail to materialize, but the exact opposite happened. Readers who were alive during the 1970s and 80s will recall that there was plenty to eat, there was no mass die-off, everything worked out fine, and humanity’s lot continued to improve as it had throughout the rest of the 20th century.

This kind of humiliating embarrassment would be enough to cow even the proudest of men—unless that man is an environmentalist, of course. Incredibly, as NewsBuster’s Tim Graham pointed out this week, Ehrlich was still making his doomsday predictions in 1989—well after the point when it was clear his previous predictions had been utter failures. Ehrlich claimed that, during the 1990s, “We’re going to see massive extinction;” he theorized that rising ocean waters meant “we could expect to lose all of Florida, Washington D.C., and the Los Angeles basin.”

Another spoiler: none of this happened. I visited Florida several times in the 1990s; it was not underwater. I visited Los Angeles shortly after the turn of the century; it, too, was fully above ground. Washington D.C., alas, remains as un-inundated as ever.

For Paul Ehrlich, unfortunately, twice-humiliated does not mean twice- or even once-chastened. Just a few years ago he was predicting that human beings would have to resort to cannibalism to cope with the coming famine. He also claims that “The Population Bomb” was “much too optimistic;” this was a book, mind you, that predicted hundreds of millions of deaths that ended up not happening.

This Earth Day, Rest Assured That Ehrlich Is Wrong

You might imagine that such unprofessional behavior and a miserable track record would render a man unfit for professional scientific society, and that he would be looked upon by his colleagues (if he had any) as “that guy who keeps predicting the end of the world and who keeps being wrong.” Not so: Ehrlich is a well-esteemed professor at Stanford, as well as the president of that university’s Center for Conservation Biology.

A man continually makes outlandishly fake predictions and beclowns himself on the global scientific stage: in what socio-scientific subculture could such a man find any purchase? The answer: environmentalism.

This Earth Day, consider reflecting on the bizarre dichotomy of (a) Paul Ehrlich’s mortifying history of predictive failures regarding the environment, and (b) his continued relevance in the field of environmental studies. Reflect on what that tells you about the environmental movement as a whole, particularly its hysterical climate change wing. And then consider the possibility that you can safely ignore the hysterics and simply live your life without worrying that Tampa, Florida is going to be washed away sometime over the next few decades.

We may not have died but if you take a good look around, you will see that about half of this country has serious Mental Defects rendering them incapable from coherent, individual thought and unable to tell truth from fiction in just about every aspect of Life.

A fool is a fool, they never learn.

It’s all a scam to celebrate Lenin’s berfday.

An astounding gathering of the Chicken Little crowd, an incessant screeching of We are All Going to DIE. How many times over the centuries have we heard this drumbeat of doom?

We need to fight back by insisting on creating the most coal-friendly regulatory environment ever. We get cheap energy and also get to watch the tree huggers go berserk. It’s going to be great.

The concept of “pollution,” was invented in the mid 19th century by anti-industrialists who opposed the spread of capitalism. Until then, nobody referred to industrial emissions that way. They were and still are a mostly benign symbol of progress, with a few exceptions, of course. Overall, atmosphere is pretty good at cleansing itself.

The bad effects of industrialization have been greatly exaggerated. And the goals of the environNuts has never changed. The ultimate goal is the destruction of industry and a return to a pre-modern agricultural economy.

7 posted on 04/22/2017 7:51:02 PM PDT by GodAndCountryFirst
[ Post Reply | Private Reply | To 4 | View Replies]
To: SeekAndFind
On this day, it is worth reflecting on how completely, totally wrong environmental alarmists often are.

Nothing says how wrong they are better than the those climate models that we were all supposed to take as Gospel…. http://www.drroyspencer.com/2014/02/95-of-climate-models-agree-the-observations-must-be-wrong/

This is a spiritual problem, not an abusing-the-urf problem.

If a climate model ever went the other way, it would be hooted down as a tool of those dastardly petroleum concerns.

George Carlin on The Environment
https://www.youtube.com/watch?v=EjmtSkl53h4

Beijing agrees. It is smothered in smog and soot and considers that wonderful progress.

America believed in something more aesthetic and, yes, healthy. Surely we can throw out the bath water and still keep the baby.

Geophysics nonresponsive to the demands of the psychotic libtards...

We may not have died but if you take a good look around, you will see that about half of this country has serious Mental Defects,..
The wars this country has fougt for the last 100 years has taken our best and brightest leaving the infirm to procreate.

14 posted on 04/23/2017 3:42:08 AM PDT by lucky american (Progressives are attac Iking our rights and y'all will sit there and take it.)
[ Post Reply | Private Reply | To 2 | View Replies]
To: SeekAndFind
Where are the photos from space showing the crowd of "thousands?" Oh, they don't show up? OK, how about a pic by a guy sitting on someone's shoulders?

Another Erf-Day Has Come And Gone... 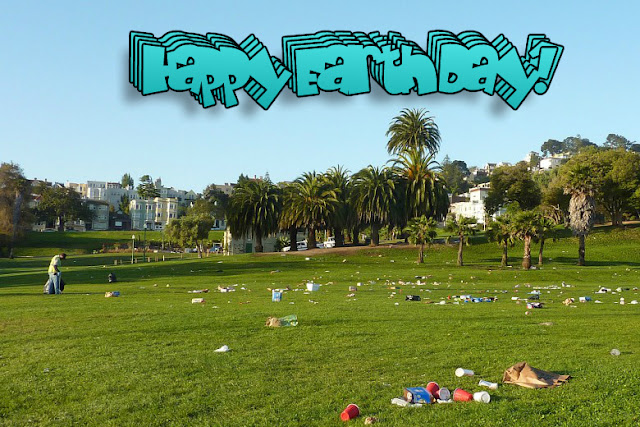